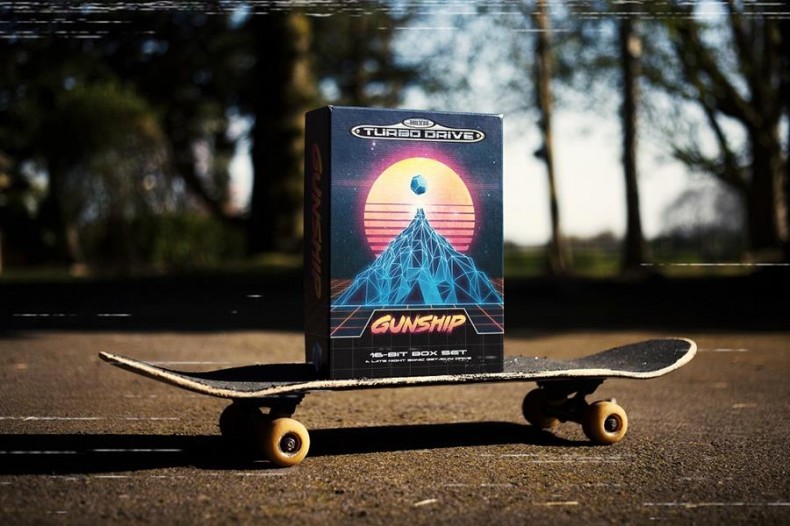 A well known synthwave trio called GUNSHIP are releasing a new self titled album, but why is that the concern of a game website? I hear you ask. Well, just let me explain.

Gunship’s 13-track long album will be released on a cassette. On side A of the golden tape will be the album which is brimming with great cyberpunk tunes. On side B, however, there will be a fully playable copy of the Commodore 64 classic ‘Attack of the Mutant Camels’.

So the cassette isn’t only an album, it doubles up as a game cartridge too.

On the album GUNSHIP said:

Watch the wonderfully retro trailer below:

To celebrate the announcement of the cassette, GUNSHIP are running a completion in which you could win a unique, custom neon pink Commodore 64 to play their new release on. It’s simple to win, all you have to do is get the highest possible score on the Amiga/Atari ST game ‘Llamatron’, an emulator of which has been set up and can be found by clicking here.

If you reach a high score you will be asked to enter your name, at that point enter your twitter handle (or as much as you can fit) then a take a picture of yourself alongside the high score table and tweet it to @GUNSHIPmusic, with the hashtag #LlamasAteMyParents.