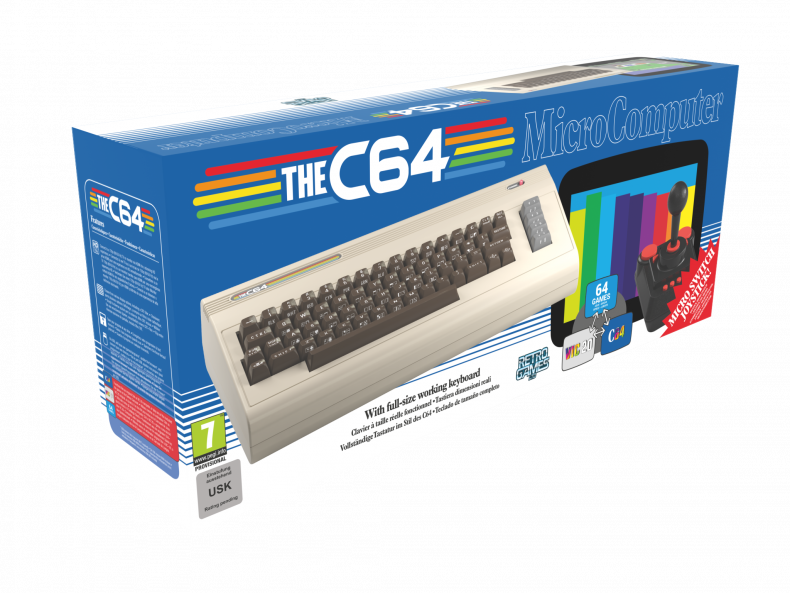 Retro Games Ltd with the distribution support of Koch Media is bringing the 80s back with a full-sized and fully licensed re-imagining of the Commodore 64 home computer called THEC64.

Originally launched in 1982, the C64 dominated the home computer scene throughout the 1980s with millions of units sold worldwide.

The fully sized THEC64 will feature a fully working keyboard, updated with micro switch classic joystick that plugs into one of the four USB ports and will connect to an output via HDMI.

Featuring three switchable modes: boot straight into original C64 BASIC, VIC20 BASIC or switch to the games Carousel and play one of the 64 built-in games in 50Hz or 60Hz with optional CRT filters and screen modes.

Pre-installed games include: California Games, Paradroid and Boulder Dash, along with new additions like Attack of the Mutant Camels, Hover Bovver, Iridis Alpha and Gridrunner.

Speaking on the announcement Paul Andrews, Retro Games’ Managing Director had this to say: “We are delighted to be working with Koch Media once more to bring back even more of the most loved retro games ever on two of the most iconic home computers of all time, and which now has a full working keyboard. THEC64 full size is a reimagining of the classic C64 computer and the second in a planned series of products on the way.”

Likes to shoot stuff and wear pretty shoes. Is a BEAST at Titanfall.
MORE LIKE THIS
Boulder DashCommodore 64koch media