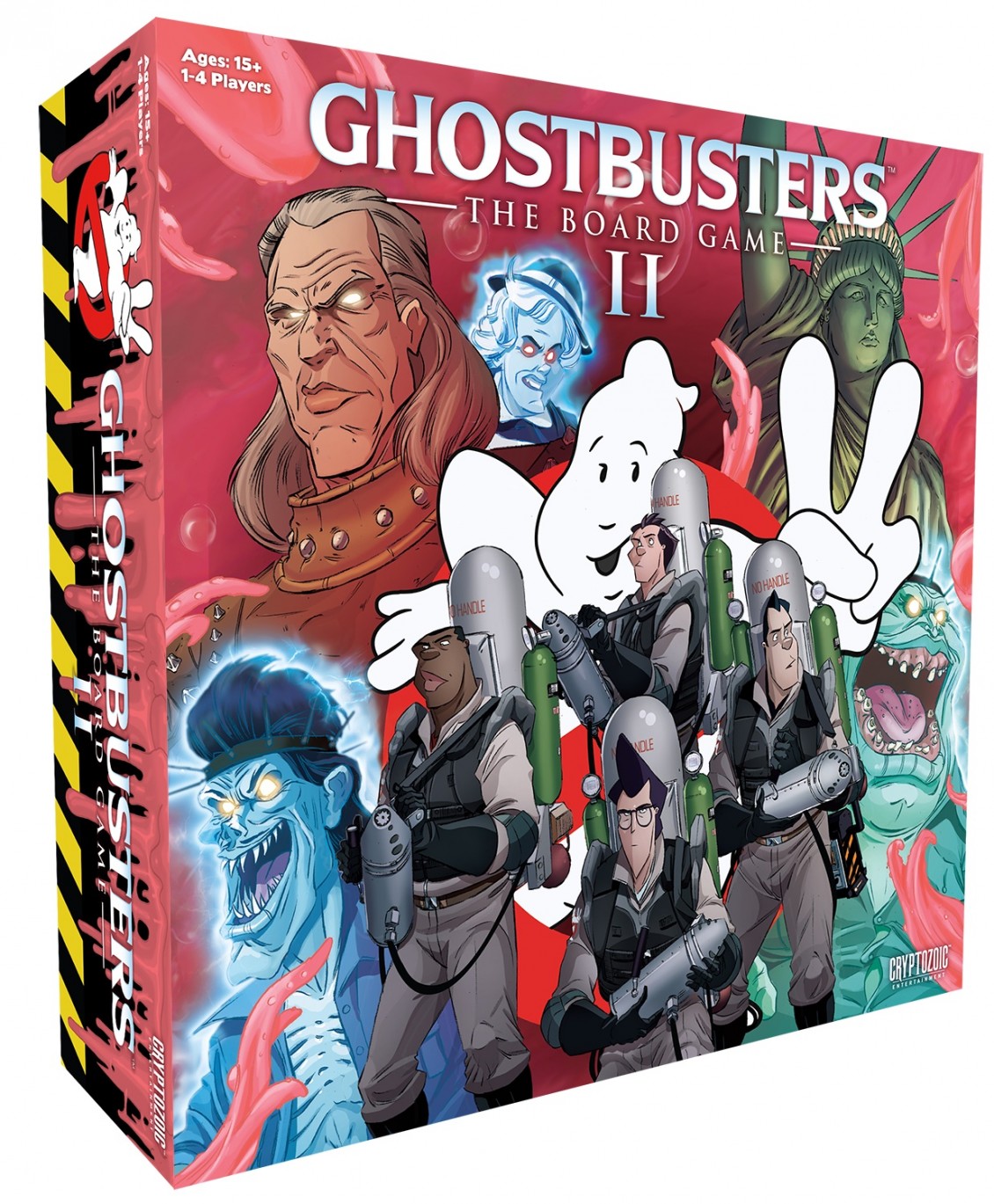 Ghostbusters: The Board Game II launches today on Kickstarter, with a new trailer starring Winston Zeddemore himself, Ernie Hudson and has been successfully funded in a matter of hours.

Ghostbusters: The Board Game II aims to build off the original game and introduces new miniatures, campaigns, powers and GHOSTS.

The game can be played on its own or mixed and matched with the original board game. The first game smashed over $1.5M last year on Kickstarter. The new game will come with 54 Miniatures including new Courtroom and Slime Blower Ghostbuster figures.

With authentic art again from comic book artist Dan Schoening and with a script by Erik Burnham, the game is filled with references, in-jokes and Easter eggs.

Ghostbusters: The Board Game II is a flexible action-strategy game with a wide range of abilities.

Twelve reversible tiles and campaigns that last from twenty minutes to let up to four players show they know how to bust some spooks.

Hex is a Complicated, yet Rewarding TCG

DC Comics Deck-Building Game Review
Back 4 Blood: How to unlock the other characters
Metroid Dread: How to beat the final boss
Metroid Dread: How to defeat the purple EMMI on Ferenia
Far Cry 6 | How to play co-op
How to transfer your Nintendo Switch data to the new OLED model
How to transfer your Death Stranding save file to Director’s Cut
Social Media
SUBSCRIBE
All content copyright GodisaGeek.com
Fonts by Google Fonts. Icons by Fontello. Full Credits here »
Posting....