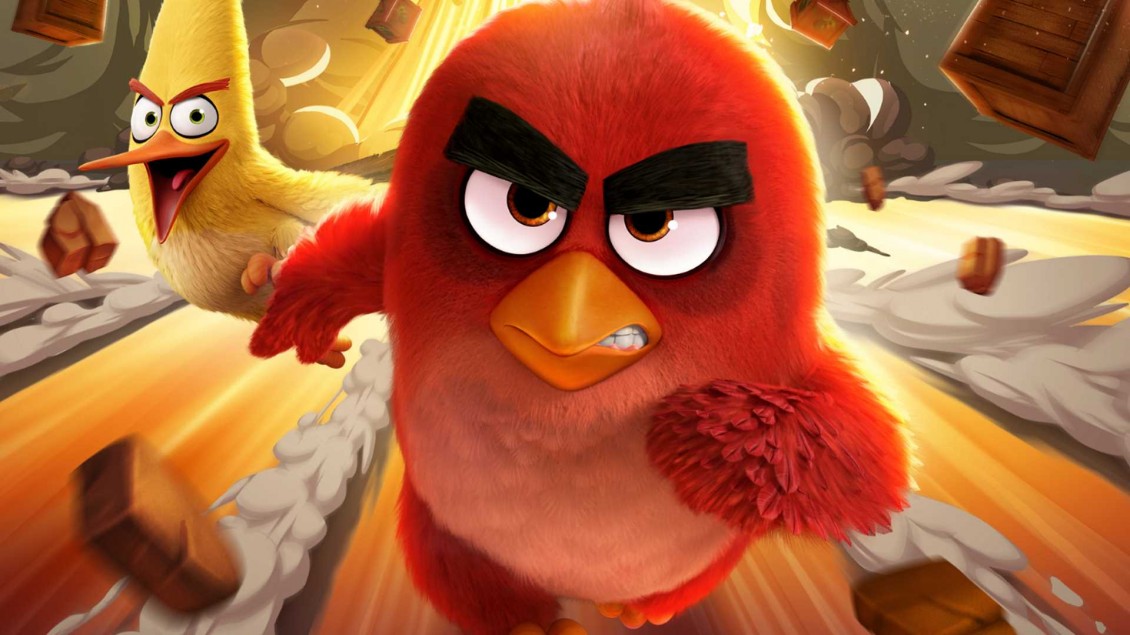 I’ll be honest, I thought Angry Birds was basically dead until recently. I played the original games back in the day, but then also heard about Rovio’s financial troubles of the last few years and assumed the franchise was done. But then I see a trailer for Angry Birds: The Movie, and then a day or two later I get invited to Rovio’s London office to go see what they have in the works.

As I enter their surprisingly normal-looking office, I am lead into a room full of Angry Birds branded products, ranging from Lego sets to children’s clothing, PEZ dispensers and even McDonalds Happy Meal boxes. But instead of walking me through the products, the Rovio staff tell me to wait until their presentation, and when that kicks off it becomes clear that Angry Birds never really went away, we just weren’t looking in the right places.

While we were all off discovering the money sinks of Clash of Clans, Candy Crush and WWE Supercard (which was criminally overlooked for GOTY 2015), people who don’t read websites like this and the younger generation were still loving Angry Birds, with the latter even wearing Angry Birds clothing. Sure Rovio may have had a few financial troubles but they were just biding their time, waiting for their magnum opus to come to fruition, and now it’s here and has just hit cinemas.

Of course, getting people to see the movie is goal number one, but tieing everything Rovio have going on right now is Angry Birds Action, the latest Angry Birds game available right now on iOS and Android. Gone is the traditional catapult based gameplay and in its place is a kind of 3D puzzle pinball game thing – look, it’s not easy to explain but I’ll give it a go. From a kind of top down/isometric viewpoint you see the level, and each level will contain some eggs. Your goal is to fire your bird into the eggs by bouncing it off other things in the level and doing it within the shot limit. It’s kind of like mini golf, but with birds, and eggs. You can go download it now, so do that and see for yourself what it is like, then come back.

It’s actually surprisingly fun, although nowhere near as good as the original Angry Birds gameplay, and with tons of levels there is a lot of content to sink time into. While you probably wouldn’t sit and play for hours it is perfect to pick up for a level or two then move on. However, while there is a lot of content available, one of the two islands is locked, not behind a paywall but behind a movie wall (if that’s even a thing). The Pig Island, that introduces the classic Angry Birds enemies into the mix, cannot be unlocked until you go and see the movie. Once the credits roll a Bird Code will be displayed on screen, so you have to whip out your phone, turn it on (because you’re a good person who actually turns off your phone in cinemas), open the Angry Birds Action app then scan the Bird Code. Doing this will also net you the exclusive post-credits scene of the movie.

Of course, getting your phone out at the cinema is a bit of a dick move, and something that is frowned upon, so we asked Miika Tams, VP of games at Rovio, why they decided to do this and potentially irk fellow cinema goers.

“It’s something we talked a lot about,” explained Tams. “We feel that we are doing it at the right point because when you watch a movie it’s passive entertainment, that’s why we put it at the end, because that’s when people become active again, people get up to leave and the lights come on, so it’s not as bad. We didn’t want to do it in a way that would break the movie experience, but we wanted to create a nice, new kind of ending for the movie so that when the movie is over there is still something cool to do.”

One of the surprising highlights of the app is the bird code that you can find right now in McDonalds. Scanning this will start up a whack-a-mole style AR minigame that was actually quite challenging. Bird codes that unlock mini games are scattered around all different licenced Angry Birds products, from the PEZ dispenser through to LEGO sets and clothing. Fortunately, most are on the external packaging so you don’t have to buy them to play. The mini games won’t keep you entertained for hours, but it actually seems like a good idea.

“We are actually quite careful not to license to too many people,” said Alex Lambeek, Chief Commercial Officer at Rovio. “So we could be working with many more companies, but for us it’s more about quality than quantity. So take for example LEGO: they are a quality company that makes great quality products. They want to make the best experience for their fans and that is what we are about as well. We think longer term, that is the way to be successful, instead of putting Angry Birds on everything, just slapping the logo on it and putting it on the shelf.”

I’m not yet convinced that having such a heavy focus on the movie and licenced products was the right way to bring back Angry Birds, but then again I am not the target market. I fully expect them to once again bring in stupid amounts of money with all the licensed products and of course the movie itself. But I can’t help but feel that what made Angry Birds great in the first place, that simplicity of the original game, has been brutally murdered, left in a back alley, and replaced with this corporate juggernaut of a game, when ultimately I would much prefer a simple Angry Birds 3.

eSports! I joined God is a Geek all the way back in September 2013 and since then have spent most of my time on Dota 2, and occasionally posting the odd review, news article or totally wrong predictions for The International. When I am not playing Dota I can probably be seen watching some kind of strange eSport or begging for more Twitter followers (@MikeStubbsy if you are interested). Aside from GiaG I am a computing student, football coach and major Apple fanboy.
MORE LIKE THIS
angry birdsrovio