previous
An introduction to Path of Exile Bestiary League
random
next
A chat with comedian Rob Beckett about his new show, Playing for Time
0 comments

The Darwin Project is a battle royale with a difference 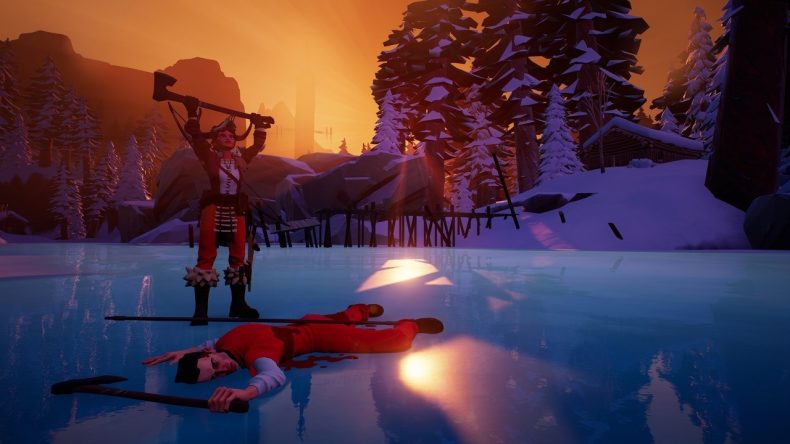 It seems everywhere you look at the moment a development studio is announcing their own version of a “Battle Royale” type game mode either within their existing IP, or via an entirely new one. And is there any wonder? PlayerUnknown’s Battlegrounds and more recently Epic Games’ Fortnite have proven that there is an enormous appetite for this type of game, with PUBG announcing five million players on the Xbox One version of the game alone, and Fortnite recently surpassing Minecraft as the most played game on the internet currently with Epic Games confirming a whopping forty-five million players worldwide.

Both Fortnite and PUBG follow a similar format, a large number of players are dropped off onto a huge map and each one must fight it out until they are the last man, or team standing. Fortnite diverges from the PUBG formula by adding in a crafting element that allows players to build protection and vantage points over the map, and so with Darwin Project there is another divergence from the base theme.

Set in a dystopian future up in the “North” (presumably Canada),an impending Ice Age is threatening life as we know it and has given rise to a twisted reality show where participants must battle it out to the death under the watchful gaze of a “Game Director”. Darwin Project is more Hunger Games than either of the two behemoths in the genre with the ability to actually play as the Game Director in one of the two modes currently available in Early Access, the other being Solo. Darwin Project only pitches ten players against each other on a significantly smaller map, and instead of scrambling around quickly to try and find weapons, you are only equipped with an axe and a bow with limited arrows. You must scavenge and chop down trees for materials to craft more arrows, make traps and crucially build fires for warmth. With other games in this genre other players are your biggest enemy, however you are just as vulnerable to the freezing temperatures as you are to the wild swinging of an enemy’s axe. Games feel slower paced than in Fortnite or PUBG, and the reduced number of players gives you a bit of breathing space to figure out what you are going to do. Your first order of business is to chop some trees for the vital ingredients to start a fire should you get cold. As you play a bit more and venture out, you will also find materials that will allow you to craft a cloak that will keep much of the cold at bay for longer. Periodically items will drop at different locations on the map that provide rarer ingredients that will allow you to craft some of the more interesting boosts and power-ups, things like increased speed, or the ability to quickly teleport to another section of the map. Much like the supply drops in PUBG and Fortnite you are guaranteed to find players hanging around these zones hoping to score some easy kills and scarper away with the loot.

As the game progresses the map is slowly reduced in size by the cordoning off of quadrants. If you are caught in a restricted quadrant you must move to a safer area, otherwise you will succumb to the freezing temperatures. By restricting the map size it, of course, starts to focus a lot of the action in a much smaller area so that you are all competing for the same scant resources and forced to confront each other with battles often devolving from trying (unsuccessfully) to headshot each other with the bow and arrow, to wildly swinging your axe to bludgeon them to death.

Where Darwin Project really stands out is in the player controlled “Game Director”. As game director you have a variety of options available to you in order to influence the run of play. These range from manipulating a player’s health to messing with the gravity of the world. The idea of an omnipotent player who can assist or hinder your every step elevates Darwin Project ever so slightly from being dismissed as a mere clone. In one game, I was down to the last three players; I had been damaged in one of the cordoned off areas so was frantically trying to increase my temperature so that I could fight should I be ambushed. I lit a fire and another player saw it and came rushing at me, firing arrows. I madly laid a trap and equipped my bow when the game director healed me to full health immediately so that I could properly battle the other player. It felt great that someone was watching my struggles and felt pity on me enough to give me a little boost. Sadly, I ultimately succumbed to an axe hit in my back from the third player who had sneaked up on us both and got a cheap hit – the devious swine.

Darwin Project is in Early Access at present, and there are issues with the game that will need ironing out. Framerate drops dramatically at times, and currently it takes a long time to find a game, particularly if you want to play as the game director. It also lacks a variety of modes. At the moment you can only play Solo, but Duo is on its way. The smaller player numbers mean that this won’t be a team game at all unless a more traditional team deathmatch is the route the developers decide to go down. It also feels like a game that hasn’t properly been fleshed out yet, but I felt that when I first tried Fortnite Battle Royale mode and that game is a long way from where it first started.

Visually Darwin Project opts for a style more akin to Fortnite, with a cartoon style frozen world to navigate. There are some customisation options for your character, but at present this is limited to the same character model (a male) and different colours for his jumpsuit, I hope that this changes over time as it’s been proven time and time again that players enjoy making their avatar as unique as possible. Darwin Project shows promise; the blend of survival and battle royale works with the limited arsenal available meaning that you are required to take a more defensive role. The addition of the player-controlled Game Director definitely adds a distinct element of unpredictability to each game which is surprisingly compelling, my worry is though that this could be open to abuse by certain players, but only time will tell on that.