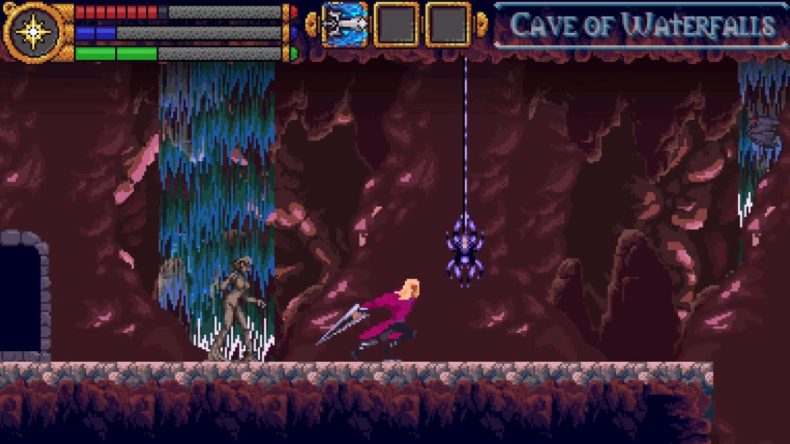 Raven Studios will be releasing The Skylia Prophecy on Nintendo Switch, PlayStation 4, and Xbox One on April 23, 2021.  The Skylia Prophecy is a story-driven, side-scrolling action RPG set in a medieval fantasy world with more than a dozen locations.

Play as Mirenia, an 18 year old girl on a quest for redemption.  After unleashing an evil power when she was a teenager, she is now on her way to Tirkin Fortress to perform an ancient spell that should help her vanquish the very evil she unleashed three years ago.  Journey throughout the lands and towns, explore ancient dungeons, and battle hordes of the undead.

Some of the key features are: