Deathverse: Let it Die is now coming in September for PlayStation, October for PC 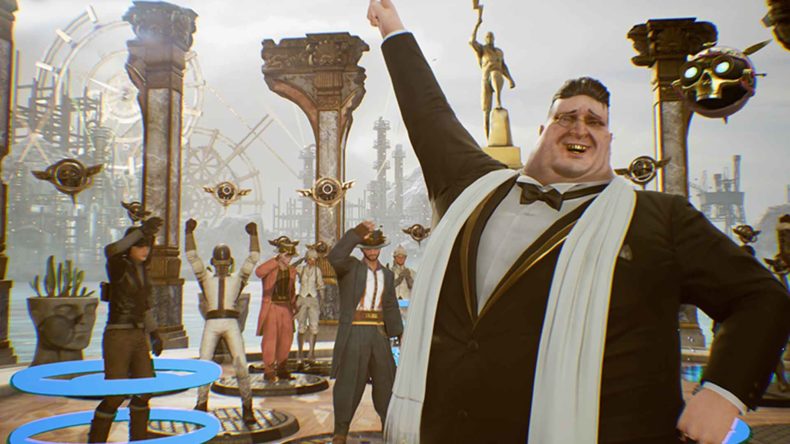 Originally thought to be coming much later in the year, Deathverse: Let it Die is now coming to PlayStation consoles on September 28th, and on October 5th for PC.

We’ve recently been playing an early version of the multiplayer, and it seems really rather interesting. You can watch the launch trailer by clicking here, but we’ve dropped our hands-on preview below, so you can see the game in action in a real world environment.

Set in the same world as LET IT DIE set thousands of years later, DEATHVERSE: LET IT DIE gives players a chance to rise to fortune and fame in this bloody battle on broadcast. Join 16-player matches with your customized character and the weapon of your choice, then fight for guts and glory to be the last contestant standing.

Mick said in his preview that: “Where Let it Die attracted ire for a lack of variety, Deathverse is certainly aiming to avoid the same issue. I saw dozens of weapons and character skins, emotes, and decorations for your private quarters. Levelling up your character and weapons yields more skills and survivability, allowing for varying tactics and strategies – though I saw little that could offer a compelling argument against a massive sledgehammer to the face.

With some time to go until the full release, Deathverse: Let it Die is shaping up to be a colourful, likeable multiplayer game that just happens to be set in a brutal, unforgiving future dystopia. It’s effortlessly funny, knowingly camp, varied enough to pull people in and accessible enough to keep them. Although there will undoubtedly be more to see after launch, what I’ve played so far has my attention fully trained on Supertrick Games.”.

Deathverse: Let it Die is coming to PlayStation on September 28th, and PC on October 5th.

Deathverse: Let it Die is a bright and brutal battle royale | Hands-on Preview