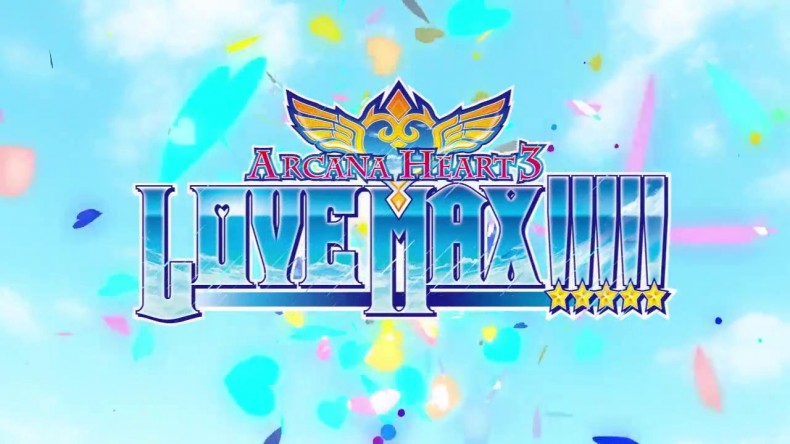 Arcana Heart 3: Love Max!!!!! does a great job of disguising its true form under a sheen of sweetness and bright colours, a nonsensical storyline regarding colourful celestial stones and Japan’s destruction, and chirpy voice acting. You would be forgiven for thinking that the game is some kind of dating sim, judging by the box art. What kind of evil genius puts five exclamation marks as part of the title? Someone hoping you think this is going to be a walk in the park, that’s who.

There’s not a great deal of story to draw context from. The Drexler institute would very much like to destroy Japan and the Celestial Union are going to do their very best to stop them. By selecting one of a roster of twenty three female characters, you can help save Japan. This is simply not a job for the boys, and so none appear throughout the game. The characters themselves are varied and parade a range of different styles, from a girl who uses a chalk drawing to the expected risqué anime characters. You will also pick an Arcana, which is a guardian type creature that you can call on in order to trigger a special attack. You can link any character to any Arcana, and each Arcana has either defensive or attacking qualities. This makes for a massive number of combinations for you to try before you find what works for you. You don’t even have to jump into the story. Or the follow up story, for that matter. The number of options available is impressive, including score attacks, time trials, training, an online and offline versus mode, a gallery, and a replay theatre.

This isn’t a game for dipping into; this is a game for working through and learning, although it is deceptively easy to jump in and win your first couple of fights with some simple combos and super attacks. It’s a measure of a good fighting system that within the first couple of minutes of playing you feel in control and not just button mashing to take down your rivals. It follows a Street Fighter-style three strength button configuration with the additional use of the Right Trigger for special attacks. It works best on an arcade stick because of the need to press combinations of buttons at the same time. I found having my finger ready to activate the Arcana often meant I neglected using the defence combination. It is something you get right with practice. It was an unexpected niggle in an otherwise competent system.

Don’t let the subject matter fool you. This is a fighting system with hidden depths and tactics that is up there with any of the more well known fighting games. It is almost like a mixture of Street Fighter 3 and Tatsunoko VS Capcom in terms of the move-set and the special powers. You’ll use the smaller moves to chip away at your opponents health, waiting for your attack bar to fill up so you can activate your Arcana, then punish the opponent with a series of special moves that will knock them to the ground. You have defensive moves you can activate to counter, some characters have weapons they equip or traps they throw out that can then be activated at a required time. It becomes possible to set up combos where you can hit your opponent several times before activating the additional attack. This then can allow a lead into an Arcana attack. The ability to be able to defend and counter successfully becomes extremely important.

At the higher levels, a skilled opponent can defeat you without breaking much of a sweat. The important thing to note here is that this will be your fault. You simply haven’t practiced enough or put the time in to win this battle yet. I didn’t experience a character in the game that has a ridiculous advantage over everyone else. There is no M. Bison waiting in the wings, and with only six stages before you see the end story of each character, it won’t take long to blast through a few stories alone. The solo campaign is more a testing ground to help you find a combination that works for you, rather than the be all and end all of the game.

Online is well implemented, with little or no lag and matches that are easy to set up. Even I managed to win the occasional bout with my less than impressive fighting skills. It once again proved to me that this is all about technique rather than the big Arcana smack downs, and I can see myself wasting hours competing against other online opponents. It will be continues to be played long after the story mode has been put to bed. You’ll adore the graphics if you are a 2D fighting fan: simple, fun and varied backgrounds that alter when the Arcana powers are activated. The characters themselves are well animated and extremely varied and I would defy anyone not to find a favourite among the roster that they will learn every last tactic with. The voice acting is in Japanese with subtitles, which adds to the quaintness of the game and plays towards the fans of the series. It was unusual but not irritating and added to the overall charm.

On the whole, I can’t really say this is just for fans of the series. I don’t think you could do much worse if you were a fan of fighting games and really like the old school 2D style that Arcana Hearts 3 brings to the table. The fighting system is deep enough to give you some intense battles, and the combination of characters and Arcanas means it will take a lot of time to find the mix that works for you. The online element is solid and playable, though I worry that maybe this part will slow down over time except for the hardcore fans. If you’re getting a bit weary of fighting in the street and want something entertaining and challenging, then try Arcana Hearts 3: Love Max!!!!!. It may be simple to look at, but all the saccharine pizzazz hides some impressive depths.

More than meets the eye, but won't be to everyone's taste