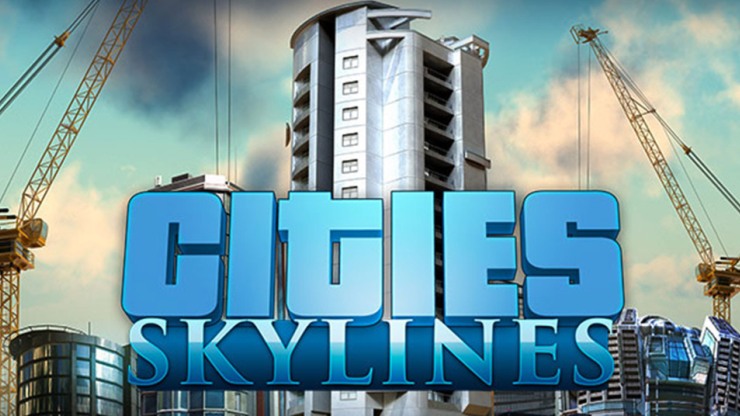 After the release of Maxis’ catastrophic SimCity reboot, we thought the jig was just about up for the city-building genre as we know it. The kings of simulation messed up on a cosmic scale, releasing a game that was virtually unplayable at launch and taking two years to release an offline single-player mode. Never again did we think we would get a city-builder worthy of rapturous applause. That was, at least, until Paradox Interactive came up with a proposition we couldn’t refuse: a city-builder to end all city-builders. And, oh boy, did they succeed.

Sharp, responsive and expansive are the three words that come to mind when I think of Cities: Skylines. It is clear that the game has been carefully developed down to its roots with all citizens individually simulated, unlike previous games of the genre. This gives a more personal and realistic impression and, as the creator, knowing your civilians have their own workplace and their own home is a fact that is satisfying in itself. It’s as entertaining as it is intriguing to follow an individual citizen along their daily routine, feeling an immense sense of power as you expand a sprawling metropolis around their tiny existence. The tools of creation are simple to pick up if you’re a newcomer, and tutorials do well in explaining the mechanics and connections between certain factors to allow you to build a city that will function from the offset. Zoning has never been easier, with a variety of brushes to paint the landscapes any colour of your choosing: green for residential, blue for commercial and yellow for industrial. Alongside Industry come “office zones”: a clean alternative to the ozone-destroying factories that pollute your city with smog and unhappiness. Players who have spent time with the SimCity series will be familiar with the zoning aspect of Cities: Skylines, but will find a new detail in the ability to zone high density plots after reaching a certain population. This allows for the development of skyscrapers and apartment blocks instantly, something that usually has to be worked towards through increasing land value and providing adequate services . The ability to zone high density is a positive in itself, permitting you to have different density neighbourhoods throughout the city. Want a bustling downtown of high-rises but don’t want to sacrifice your sprawling suburban boulevards? No problem: you choose where you want the big buildings to be.

To begin with, the map size is identical to that of SimCity: 2km x 2km. What really sets Cities apart is the ability to purchase more plots of lands (up to 9 in total) giving an unprecedented amount of freedom when it comes to expansion and diversification. Another new feature allows you to divide your city up into “districts”, with the ability to set separate laws, cap power/water usage, distribute smoke detectors, differentiate tax rates for more commercial/residential areas or specialise a specific district towards Industry, etc. This can come in especially handy when one particular area is sapping away at your power grid or is prone to fires, allowing you to handle the issue before it becomes a major problem. If you’re feeling extra liberal, you can even legalise marijuana for a boost in happiness and a decreased crime rate. Mapping out the streets of your city can be a daunting process; often when presented with a bare piece of land, my heart starts to race as I hurry to pick where to begin, not wanting to create a traffic crisis before my first citizen has even moved in. This agoraphobia and traffic anxiety is alleviated slightly by the huge variety of roads you can build, including one-way systems and roundabouts (interchanges, to our American cousins) to keep traffic flowing through even the busiest sections of your metropolis. Roads can be elevated, curved and free-formed to create spiralling highways and zany intersections even architects would be proud of.

Citizens will let you know what they think of your mayoral skills through the social network Chirper, with new “chirps” appearing under the blue bird logo either criticising or praising your work. Despite its helpfulness, this bird can get bloody annoying at times – especially when your population has expanded into the thousands and everyone wants to get their two-pence in. Unfortunately, the option to break the birdie’s neck isn’t available in the base game but mods are already available to combat this incessant feather vertebrae and turn him off completely. Hooray for the internet. Modding has been foreseen by developers since the beginning and unlike other devs, they have welcomed it with open arms with Steam workshop available from the main menu. The variety of mods that can be created and are already available is enormous (there’s already a Breaking Bad mod to turn your commercial restaurants into Los Pollos Hermanos – meth not included). Cities’ easy-to-use interface doesn’t sacrifice the ability to build complex and diverse cities, opening the game up to players of old and new.

Cities: Skylines triumphs as king of city-builders. It ranks up there as one of the best, if not the best addition to the genre thanks to its intricately designed mechanics, enormous maps and user-friendly controls, which allow anyone to jump right in. It may not be as polished as some of its rivals but it still looks great, plays even better and will definitely be eating up all my free hours over the next few months – possibly even years. Kudos to Paradox for giving players what they’ve been crying out for: a city-builder of epic proportions.

Not as pretty as some other city-builders
Irritating "Chirper" function

Skylines opens up the genre to players old and new with a user-friendly interface, intricately designed mechanics and enormous maps for maximum player creativity. One of the best.

Cities: Skylines is coming to PlayStation 4 on August 15