previous
Cities: Skylines Review
random
next
Ori and the Blind Forest Review
1 like 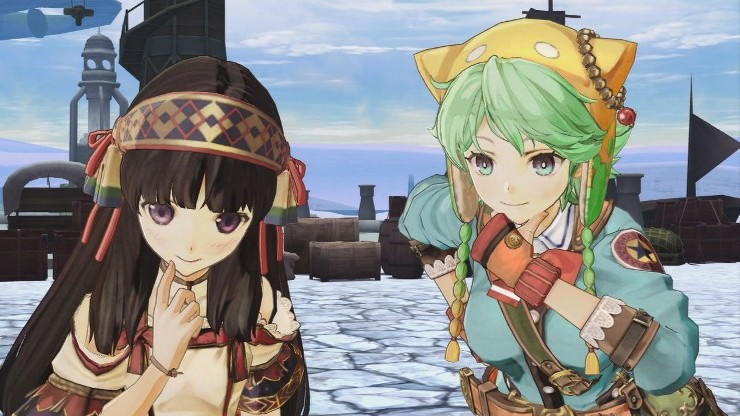 Atelier Shallie is the sixteenth game in the Atelier series and the third to have the Dusk subtitle. For those unfamiliar with the Atelier series, it centres around the use of alchemy to create items that aid you in exploring the world around you. The story concerns two young girls: Shallistera who is visiting the town of Stellard to hopefully help with the drought in her home village, and Shallotte Elminus, who lives in Stellard and is training to become an Alchemist. Neither of them appear to be moody or angry with a secret dark past, which was Pleasant Surprise Number One. The second was that you can chose to play as either of the two “Shallies”, each with their own distinct effect on how the story will pan out. This adds a considerable amount of additional gameplay, as both stories are different enough to consider a second play-through.

In terms of graphics, the characters in the game have a definite anime feel to them. It is almost as if the artist took watercolour illustrations of the characters and animated them. The end result is different to what I’ve experienced before in other RPGs, and extremely beautiful to look at and play. The arena areas in which you battle and the town of Stellard itself are varied and colourful but simplistic in design, and nothing extravagant to write home about. The voice acting, however, is something that should be praised. The characters are brought to life by the voice work. There are hundreds of lines of dialogue, and your chosen Shallie will make little comments throughout your stints into the battle areas of the map, commenting on the items that you collect and their potential usefulness. It just adds that little extra that demonstrates Gust know which subtle touches to add in order to up the charm. Dialogue can be easily skipped between the main characters if you want to, but you will be missing out.

The Atelier series is all about the alchemy, though. You will find recipes for items by buying books from NPCs or by finding them on your outings. You will then go out looking for the various ingredients required to produce everything from healing potions for your party to bombs to throw at enemies. Basically, if you don’t concoct an item, you have very little chance of being able to buy it normally. Foraging in the battle arena itself also brings benefits, as by finding items you’ll fill up a bar that allows you to find more unusual items, or even activate larger group battles with tougher opponents. What are considered fetch quests and time fillers in some games are an essential part of the Atelier experience. Battles are turn-based affairs, with some characters given the chance to perform special moves while Shallie will be able to dish out items to heal the party. As long as you make sure you are stocked up on items before you venture out, most of the battles are fairly straightforward. This is a game about preparing, and those used to winging their RPGs may find themselves caught short very quickly, as enemies can be hard hitting and health potions are a vital item.

The alchemy itself has its own little mini game. A healing potion might need three different ingredients, and adding different types of plants from the choices presented might make the potion stronger for you. When you come to mix, you’ll also be able to use the character’s abilities to increase the number of potions you produce, or decrease the cost to make the potions based on how you add certain buffs before you get busy with the spoon. It’s something which, at first, feels like guess work, but which becomes second nature with a bit of experience. Atelier is all about practice and repetition, and that’s where it might lose some players. As a game, the pace is slow, almost pedestrian. The story doesn’t start with a massive force of evil. It’s about one girl trying to get water for her village and the other learning to become a successful alchemist. You’ll have certain life events that you have to follow (which is a brilliantly executed idea for keeping the story moving forward), but you can take your time and stop to smell the flowers on the way. The creation of items isn’t a side thing to be skipped through or something bought at a stall. It is one of the core mechanics of the game. There is action to be had, but most of the time, you are revisiting an area to restock on a certain ingredient. It’s a game that will happily plod along at a slow pace without a sense of urgency and drama. It gives you fast travel so you can get to the important areas quicker and, unlike many current games, doesn’t mind you pausing to stop for a cuppa if things get too much.

Atelier Shallie is a charming, relaxing, slow-burn game. The alchemy mechanic has depths that will take a long time to master and may not suit all Action-RPG fans. It is certainly worthwhile considering if you’re in need of a relaxing but rewarding time behind the controller, and for established fans of the Atelier series it’s a brilliant addition to the line-up.

Environments are simplistic
Takes patience to understand
Not much action

If you like an RPG but want something slower and more thoughtful from the norm then this could be for you.