previous
Turrican Flashback review
random
next
The Medium review
1 like 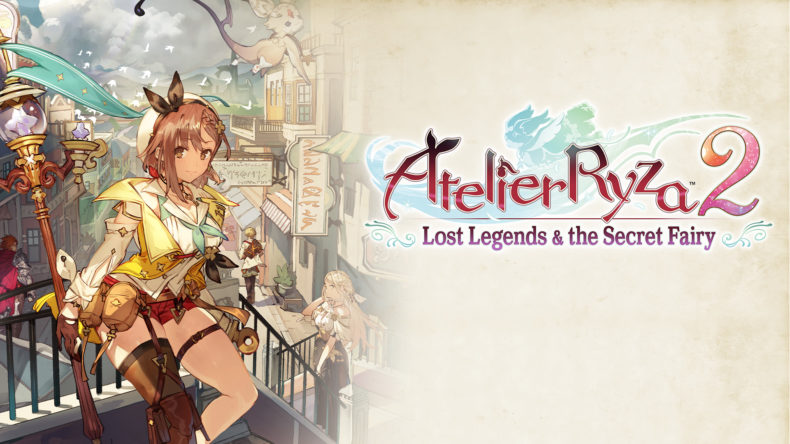 It isn’t talked about a whole bunch, but the Atelier series has been quietly pumping out games for decades. With a focus on alchemy, these lighthearted adventures date back to the PS1 in Japan. I played Atelier Iris (the first in the series to be localised in PAL territories) when it first released on the PS2 in 2006, and loved the delightful world and crafting elements that Gust created. To kick off 2021 with a bang, the latest protagonist Ryza is back in Atelier Ryza 2: Lost Legends and the Secret Fairy.

After her grand adventure on Kurken Island, Ryza has been stuck in a bit of a rut. To try and expand her alchemy knowledge (and to find out what a rainbow jewel is for a rich old man) she heads off to the capital city of Asra-am Baird. It’s the classic tale of a small town girl trying to make it work in the big city, only with blob monsters and magical cauldrons.

Upon arriving in the capitol, Ryza meets up with some old friends and learns about some ruins outside of town that might have some connections to alchemy. Investigating these ruins leads to the discovery of more untouched ancient structures and more secrets hidden across the land, and thus a quest begins. Atelier Ryza 2’s story is very lighthearted throughout and is a relaxing change of pace from saving the world. You also don’t need to have played the first game to enjoy it, with minimal references to previously met characters being the only thing you might not understand. 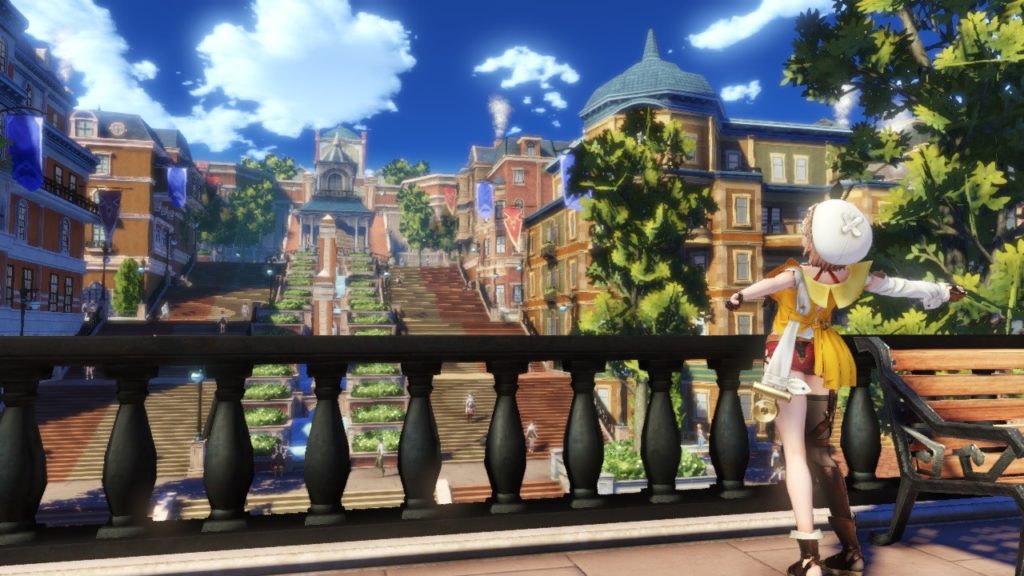 As an alchemist, you’ll spend a lot of your time gathering materials and transforming them into useful items. You can use all manner of items to create something new with alchemy, from flowers and bugs to crystals and beehives. Ryza begins with a staff to harvest items, but you’ll later be able to create all manner of sickles and axes to get completely different ingredients.

When creating an item, you pick a recipe and will be greeted by a grid to fill with items. Using items of the correct element in each slot will improve the quality, power and traits of a crafted item, as well as unlocking nearby slots to put more ingredients in. Initially, you’ll just slap any old thing in a slot to make a meager bomb, but there’s a huge amount of depth to the system once you start to unlock new alchemy abilities.

Every time you create an item, you’ll be rewarded with some SP to spend in the skill tree. The skills tree is packed full of new recipes, alchemy upgrades, and buffs to your gathering abilities to unlock, and so begins the satisfying loop of gathering ingredients, transforming them into something useful, and using the points to learn how to make another useful. This gameplay loop is made all the more engaging thanks to the handy fast travel system, which loaded incredibly quickly even on my base PS4. 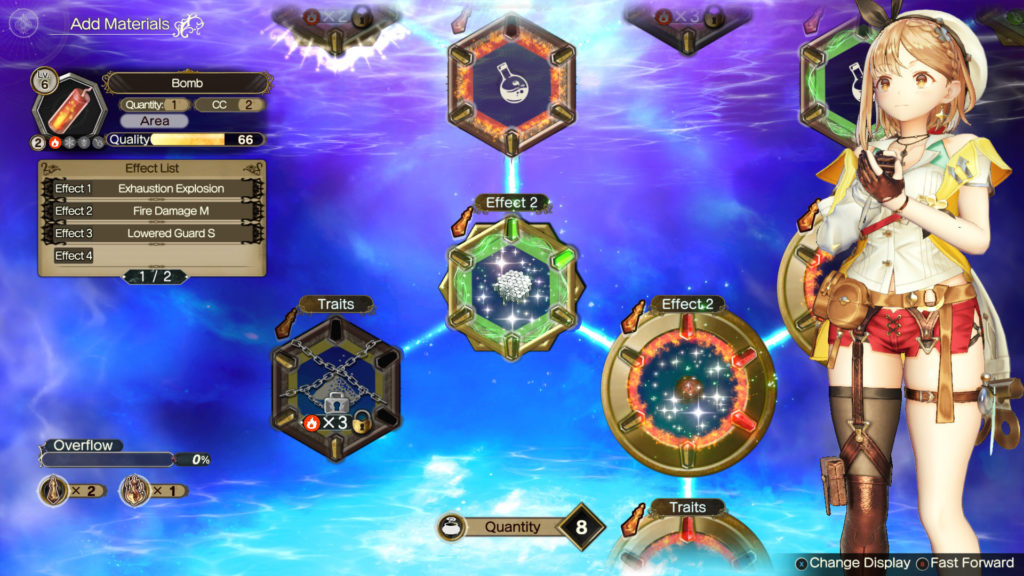 Before long you’ll gain the ability to add more ingredients to each recipe, morph recipes into entirely new items, and rebuild old items to power them up further. This probably sounds a little overwhelming, but you’re introduced to the systems slowly, and can even autofill recipes if you’d rather let the game make the items for you.

All this alchemy is pointless if you don’t put the items to use, and fortunately, all the monsters wandering about the world ensure you’ll need to do just that. Battles take place using an active time battle system, with each character given chance to use their attacks on an enemy when their turn comes around. Normal attacks build AP, which can be used to unleash special attacks. You can use as many special attacks as you want in a turn, so sometimes you’ll want to save up points to chain all your moves together for bonus combo damage.

Your allies are controlled by the AI and will request either magical or physical attacks when they’re ready to follow up your attack with one of their own. The first few hours of combat don’t really require you to do much more than hammer away at an enemy and use a special or two, but later on, you’ll need to chain together moves, switch between characters and use alchemy items to deal with the tougher baddies. It’s a ton of fun and only made better by the absolutely incredible battle theme. 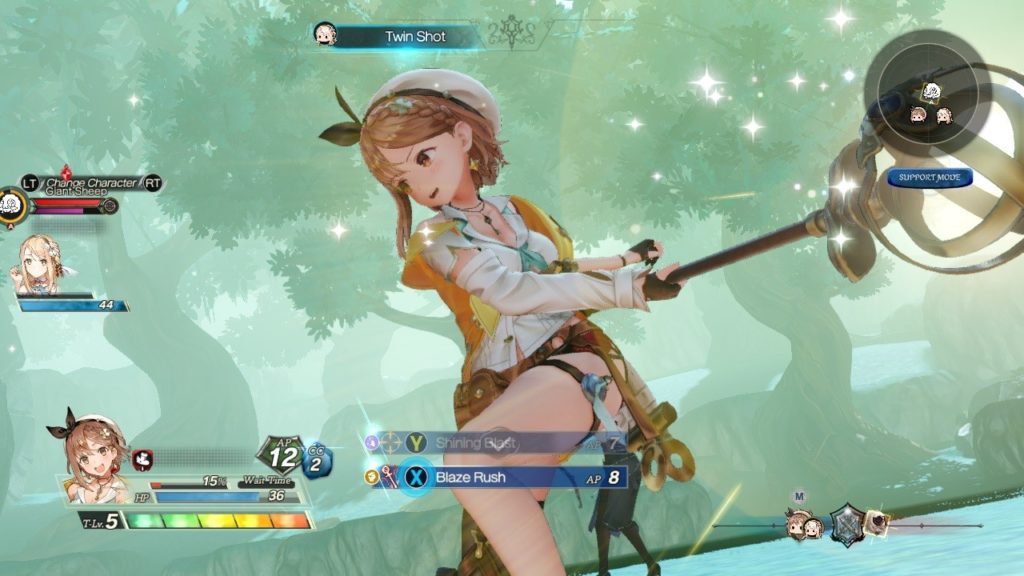 Each character can have 4 different items assigned to them at any one time, and using them in battle doesn’t deplete them. To use items you’ll need to land enough special attacks to build up another type of currency (CC points) and unleash their fury. Battles can be pretty tough later in the game, so using all of these systems in tandem as well as using alchemy to improve your kit is a necessity.

A huge part of Atelier Ryza 2 is investigating the ruins that contain knowledge of alchemy. The sprawling dungeons are full of monsters, materials, and secrets to uncover. Thanks to a magic compass you obtain, once you’ve learned enough about a ruin you’ll be able to find memories of past explorers and use them to learn more about these ancient locations. Once you’ll found enough of these memories, it’s time to rearrange them in your journal so they make sense. It’s an interesting way of making you feel like a real adventurer piecing together the past, and you’ll get a hefty SP bonus for getting it right.

When you’re not obsessing over the past, you might want to take on some requests at the cafe near your house. These little tasks see you having to craft items, find materials or kill enemies for the city folk, with rewards of SP and reputation on offer for your trouble. It’s usually fairly simple to complete these side objectives as you go, and if you do enough of them you’ll be better known around town which is good for a cheeky discount or two. 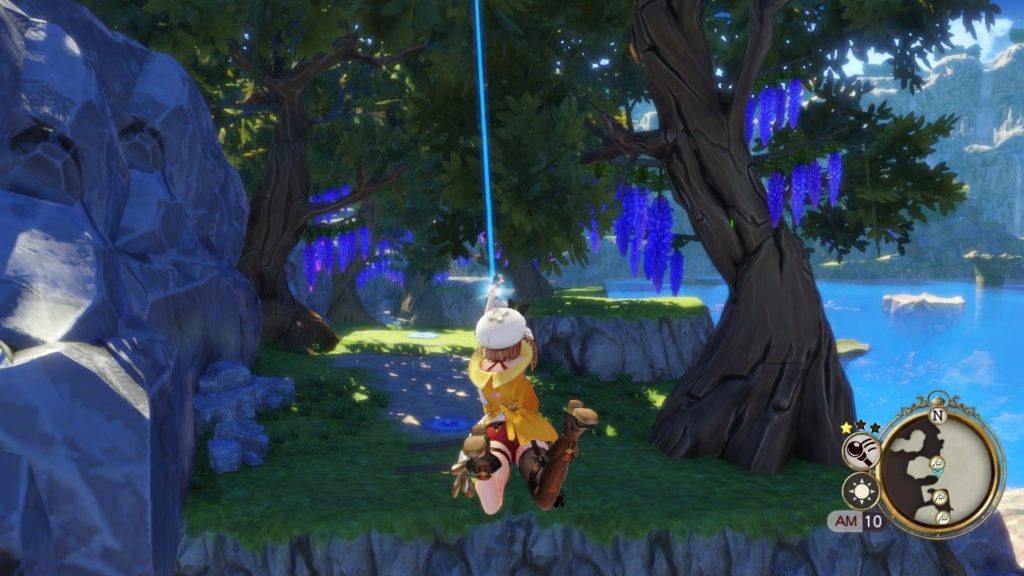 One of the best aspects of Atelier Ryza 2 is the sprawling fields separating each key location. Packed full of secret areas full of rare ingredients, chests, and extra hard enemies for the thrill-seekers among us. As you progress through the game you’ll unlock new items (that you have to alchemise yourself of course) to help navigate these larger environments. From a handy rope to swing across gaps to a candy that allows you to breathe underwater, each time you return to an area you’ll be able to access somewhere new.

Atelier Ryza 2: Lost Legends and the Secret Fairy is engaging from start to finish, with entertaining combat and a more robust alchemy system than any other game in the series. The gameplay loop of collecting ingredients, using them to create items, and gaining skill points is incredibly satisfying, and exploring the world is a joy. Once you get past the slower-paced first few hours, it’s hard to stop playing this light-hearted adventure.

Atelier Ryza 2: Lost Legends and the Secret Fairy is a lighthearted JRPG, with an incredibly compelling gameplay loop of crafting and leveling up.