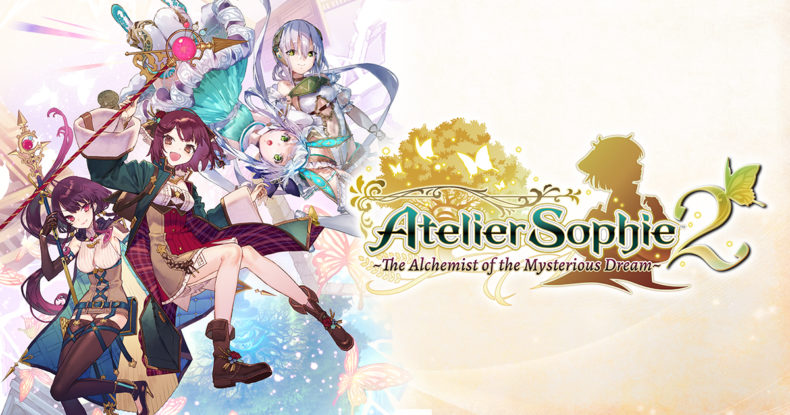 The more of the games I play, the more I fall in love with the Atelier series. In a genre that is so often full of edgy young lads on a quest to save the world from absolute destruction, the Atelier games are such joyful and lighthearted JRPGs. Sure there are monsters to battle and people in peril, but more often than not there won’t be much pressuring you to press forward other than the desire to craft a better potion. From what I’ve been able to play of Atelier Sophie 2: The Alchemist of the Mysterious Dream so far, everything I love about the series is still intact.

Proceeding the events of the first game, Sophie and her former book companion Plachta are continuing their mission to make her human again. After a peculiar dream ends up leading the duo deep into a mysterious forest, they discover a magical tree and a portal to another world. The wormhole sucks our heroines inside, and they are transported to another land.

Erde Wiege is a world made of dreams, where people are sent by the goddess Elvira to accomplish their heart’s desire with infinite time on their side. The caveat is that you aren’t allowed to leave until you do, and our heroine doesn’t know why she’s there. Still before she finds Plachta that isn’t even on Sophie’s mind, so get ready to explore a dreamy world and alchemise a hell of a lot of items. 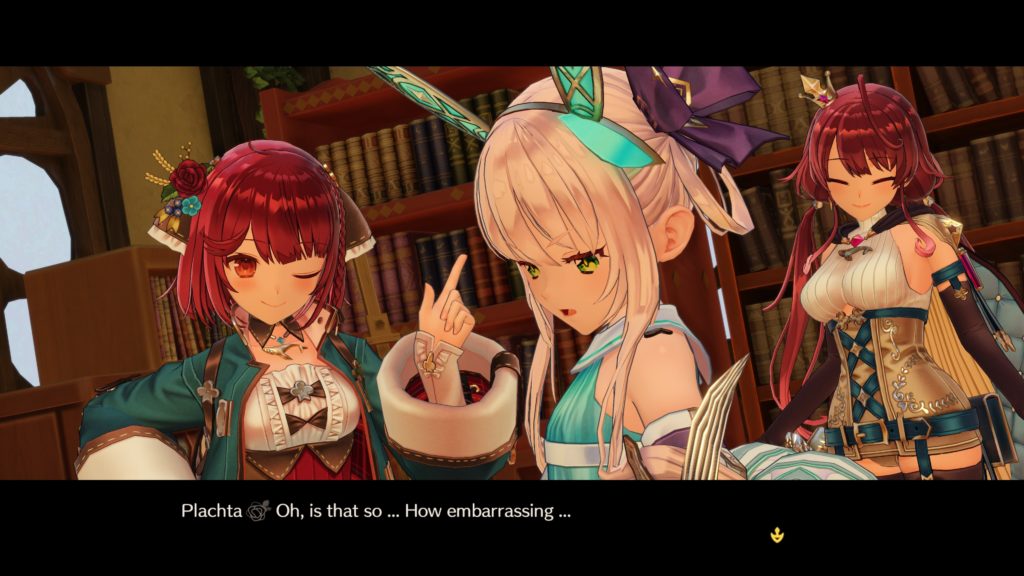 It wouldn’t be an Atelier game without a massive focus on the alchemy, and Atelier Sophie 2 is no exception. Exploring the large open areas for materials is a joy, with all manner of spider webs, flowers and bugs to find. In the demo I only had access to Sophie’s staff to collect items, but in the main game there will be multiple gathering tools to collect – from bug catching nets to sickles.

Once you’ve got a bag full of plants and bugs, Sophie’s new atelier is waiting to create all the items you need to complete your quest. From equippables to combat items, you can make all sorts of useful thingamabobs in your cosy little workshop. Items made in your Atelier aren’t going to disappear after one use, so creating the very best grenades and health potions is well worth investing your time in.

The sphere grid style alchemy system from the Ryza games is gone, replaced by a square grid that you need to arrange tiles on to create an item with the very best stats. This hasn’t been too difficult in the opening few hours, but as different shapes and sizes of tiles are added I can see each alchemy session becoming quite the puzzle. If that isn’t your jam though, there’s always the option to auto fill and focus on the rest of the game. 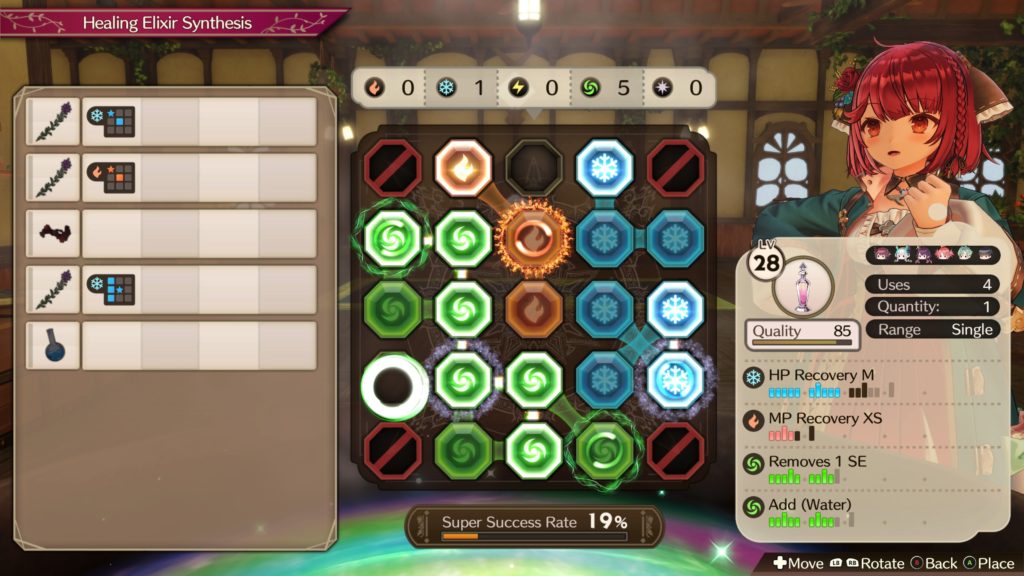 Once you’ve got into the swing of the magical crafting, you’ll need to start learning new recipes. Unlocking recipes is both easy and rewarding, with a diary full of ideas you need to help Sophie become a great alchemist. Each of these functions as a side quest, with you expected to gather a number of ingredients or kill a number of enemies to unlock a new item to create. The loop of gathering, synthesising and learning is really compelling, and I’m sure I’ll lose countless hours ignoring the main quest when playing the full release.

The only real part of Atelier Sophie 2 that didn’t impress me in my preview build was the combat. The active time battle of the Ryza games has been reverted to the turn based combat, and in the early fights it’s just a bit lacking. You can hit with your weapon, use some special abilities, and team up for powerful Dual Trigger attacks. There’s nothing necessarily wrong with the combat (and it could absolutely improve later in the game) but compared to previous games it’s somewhat underwhelming.

Atelier Sophie 2: The Alchemist of the Mysterious Dream is shaping up to be a fun entry in the series. The alchemy loop is as engaging as ever, and I can’t wait to pump an obscene amount of hours into it. I’m slightly concerned about the combat being a little lackluster, but hopefully further into the game it improves. Regardless, I’m sure that in February I’ll have a lovely time in the relaxing world of one of my favourite JRPG series.

Atelier Sophie 2: The Alchemist of the Mysterious Dream is coming to PC, PS4, and Switch on February 25th.