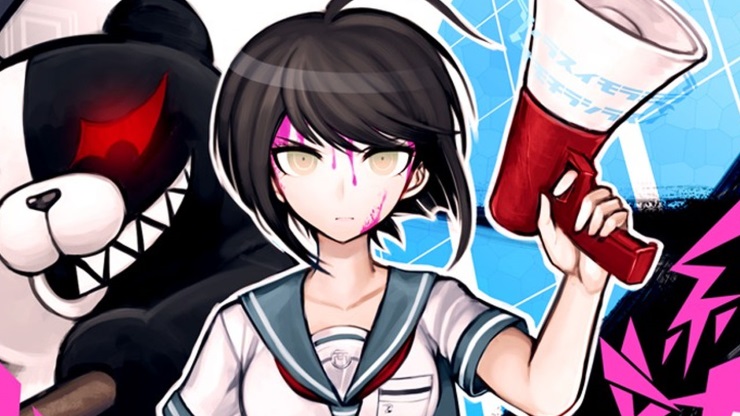 I’m going to let you in on a secret: I’ve never really wanted kids. I know people say that your children are the best thing you can create, but I don’t know. Don’t you think they look a bit evil under all that innocence? If I was on the fence about having kids before playing this game, then I certainly have been putting off the idea for life after finishing it.

Ultra Despair Girls takes the idea of children and utterly demonizes them as an adult’s worst nightmare. While the previous installments in the Danganronpa franchise have fully invested in dark acts of murder and betrayal, this one goes for broke with its weighty, mature plot line and character development. I was stunned, if not slightly unsettled, by some of the things that were said throughout, but it all adds to the twisted appeal of the game. If it had rested on the same level of darkness without at least cranking it up slightly, fans would have more than likely been disappointed.

Acting as a bridge between the first and second titles of the series, you should have at least completed Trigger Happy Havoc before delving into Ultra Despair Girls. If you’re able to play Danganronpa 2: Goodbye Despair, even better, as references to the past are numerous, some subtle and some glaring. Once again, Spike Chunsoft have done a wonderful job at connecting with their loyal audience through these references, many of which border on inside jokes. The only negative really, is that there is no Japanese audio in the base game. Despite being included in the previous titles, original voices will be coming in the future as downloadable content. A minor thing, but still disappointing to those among us who’ve played in Japanese from the beginning. You take control of Komaru Naegi, the younger sister of the Trigger Happy Havoc’s protagonist Makoto, who has been imprisoned in an apartment block for over a year and a half. On what seems like a regular day, a Monokuma robot breaks down the door and frees her, only for her to discover that the city she is living in has been overrun by psychotic animatronic bears. From there, she teams up with Toko Fukawa, another character from the first title, to uncover the dark truth behind the invasion and a mysterious group of children known as the Warriors of Hope.

Unless you’ve been utterly blind to all promotional material, you’ll probably already be aware that Ultra Despair Girls mixes up the usual Danganronpa formula of 2.5D point-and-click and transforms it into a fully fledged 3D shooter. Instead of examining crime scenes and working out whodunnit, Ultra Despair Girls is an over-the-shoulder action title that drops you into a 3D city overrun by killer Monokumas with nothing but a megaphone-shaped gun to protect yourself. The transition is a strange one to say the least, and many may struggle to adapt to the new play-style which adds in a Jill Valentine method of aiming, and a camera that seems to have a mind of its own. Perseverance is the key, as the prologue is slow and the controls take a bit of mastering. However, after a couple of hours of play, the growing pains disappear and I had begun to savour the new gameplay style.

Setting has always been an inventive and wonderfully decorated part of the Danganronpa franchise, but unfortunately this can’t be said about Ultra Despair Girls. While some set-pieces are lovely, many of the corridors and rooms you find yourself in are sparsely decorated and feel almost unfinished. It’s difficult to become immersed in the gameplay when it feels like you’re walking through IKEA after a fire sale. While not detracting too much, the emptiness was enough to distract me on a couple of occasions and make it feel, at times, like a bland corridor shooter.

Included throughout the story are numerous puzzle rooms that you use a variety of different “truth bullets” to clear. Using Monoku-man arcade machines to see an overview of the puzzle, you’ve got to do things like destroying all the robots in one fell swoop, or electrocuting all enemies in order to pass. These are a standout section of Ultra Despair Girls, adding a more cerebral element to the gameplay, and are thoroughly enjoyable despite their general simplicity to solve. What it’s harder to adjust to is the gunplay which is now required to advance. Aiming speed can only be reduced through skills acquired later in the game, and it feels next to impossible to shoot the weak spot hidden in the red eyes of Monokumas. Despite this, the new shooter element feels fresh and helps to inject new life into the regular formula, even with its sometimes wonky controls. Shooting is not the only method of destroying enemies: you can also take control of Toko Fukawa’s crazed serial killer alter-ego Genocide Jack. This method of combat, despite being limited by a timer, is criminal amounts of fun and is great for crowd control. It’s hard not to find yourself giggling manically as Genocide Jack delightfully cuts away enemies with her signature scissors. A sordid amount of praise must be given to Chunsoft for including Fukawa in Ultra Despair Girls. While players may have found her hard to swallow in Trigger Happy Havoc, Toko flourishes as a character in this title and becomes a lovable, anxiety-ridden outcast. The chemistry between her and Komaru is genuine, and a true desire for friendship between them grows as the story progresses. Paired with her manic serial killer alter-ego Genocide Jack, Toko outshines Komaru as the star of the game.

While held back by a few teething problems expected when making such a huge genre transition, Ultra Despair Girls is a good addition to the franchise. Despite a questionable setting design and somewhat unresolved ending, this 3D take on a world ruled by everyone’s favourite monochrome bear is able to stand on its own merits as a sequel with a total new direction. With a masochistic and mature plot keeping the series feeling as despair-filled as ever, and a fresh combat system that encourages players do the killing by their own hand, this is a wonderfully wicked title that will satisfy new players and scratch the itch of those returning to the series.

Set design is sparse.
Returning players may have difficulty adjusting.
Dialogue is rather lengthy in places.

A wonderfully wicked title that will satisfy new players and scratch the itch of those returning to the series.

Apple Arcade is getting action, puzzles, and farming this February
Inkulinati tips | 8 helpful tips to get you winning quickly
Inkulinati best unit guide | Pick the right units for the job
Dead Space | How to get your deluxe edition suits
How long to beat Dead Space (2023)
Forspoken | How to get Frey’s cat familiars
How long to beat Forspoken
Social Media
SUBSCRIBE
All content copyright GodisaGeek.com
Fonts by Google Fonts. Icons by Fontello. Full Credits here »
Posting....