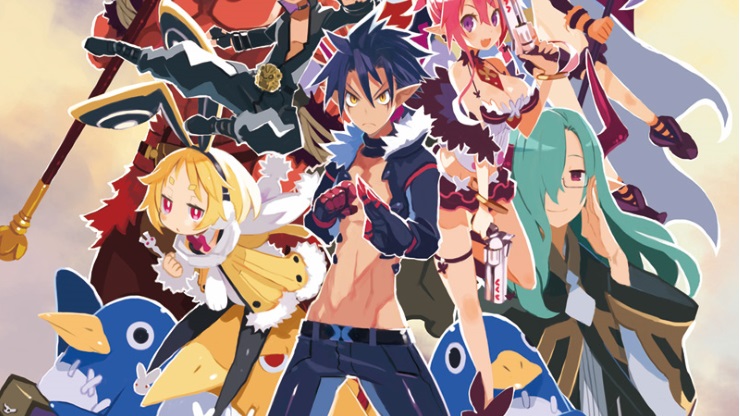 Disgaea is one of those franchises with such a fiercely loyal fan-base that any change to the established formula is a genuine risk. As a result, it’s part of a strange sub-group of games that might actually suffer for innovation, which is probably why NIS American doesn’t tend to rock the boat too much when it comes to mechanics. Alliance of Vengeance follows the by now standardised template with only a few small changes to formula in its whole runtime.

As with previous titles, it’s still highly focused on strategic combat and grinding to progress – which means newcomers, or those who dip in and out of the franchise, will find plenty to like, while veterans will either embrace the same old routine with welcoming arms or groan at the continuation of established themes. You may have guessed from the title that Disgaea 5’s storyline is mostly concerned with vengeance. All the primary characters are drawn together by their shared need to exact revenge on the Demon Emperor, Void Dark, who has wronged them all in typically clichéd ways. The plot is mostly nonsensical tangents peppered with half-arsed sentiment and rushed characterisation, which as fans of the series will attest, is a bit of a step backwards. Disgaea has never concerned itself with being taken too seriously, but the previous titles have usually managed to convey believable emotion alongside all the deliberately tongue-in-cheek comedy.

Initially you’ll be dealing with Killia, a highly-strung, stroppy emo demon with a shadowy past, intimacy issues and boyband hair, whose intervention in the opening battle against the army of the Lost saves the life of Serpahina, a spoiled, vapid demonic princess from a netherworld called “Gorgeous”. She comes complete with a huge cleavage, a wealth of irritating one-liners and a painful schoolgirl crush on Killia. Other characters join in later, including the penguin-like Prinnys who finish every sentence with the word “dood” and might just be the most annoying species in any JRPG outside of Final Fantasy’s kupos [Editor’s note: Mick really hates kupos, so please send him kupo pictures as often as you can]. The opening stages see Seraphina taking you, as Killia, through the fundamentals of combat and exploration. Sticking to its roots, Alliance of Vengeance centers on a hub (in this instance, Seraphina’s “pocket netherworld”) which contains various vendors and facilities to aid your quest for revenge. You can leave the hub at any time to go and take on a mission in one of several Netherworlds, or you can go adventuring in the Item World. This strange area is indicative of Disgaea as a whole, being both bonkers but undeniably unique. The item world transports you into an item, like actually to a Netherworld inside it, wherein you can grind enemies to make the item stronger. It sounds remarkably weird to newbies, but in reality it’s just another level and another facet of Disgaea’s grind.

Combat is initially complex, but after an hour or so it becomes fairly straightforward. Each grid-based stage requires you to maneuver your party members into strategic vantage points to attack the enemy units. You move within a set number of squares, and the more allies you position adjacently the more damage you can inflict upon execution of your turn, as nearby units will join together in a flashy, OTT combo move. You also have a smattering of ranged units and healers, and if you’re too far from an enemy, you can stack characters up and literally throw them closer to your target. It sounds insane, and it is, but it’s also interesting and engaging – at least for the first few hours. See, Disgaea is a grind-heavy affair. It won’t be long before you come up against a stage you just can’t beat, at which point you’ll need to use the dimension portal to hop in and out of completed areas to farm XP and items from repeat encounters. Regardless of your level of skill, it’s mostly unavoidable. It’s hardly game-breaking, but it’s an element that has long been a part of Disgaea and probably could have been stamped out by now if it wasn’t somehow part of the fun. That said, if you’re not a fan of grinding to progress, you might want to look elsewhere. The combination of strategy and character leveling is always engaging, but it’s not nearly fresh enough to win over anyone pre-opposed to it.

To add more depth to proceedings, you can visit your Recruiter between missions and hire up to 107 characters to bolster your party of primary characters. These cost money (HL),and can only be your level or lower, but you can select from a robust roster of classes, alter their colours and change their names, even adjust their stats before hitting “confirm”. The main cast provide everything a party needs, eventually, but this method adds a personal element to it all and allows you to customise your party build until your heart’s content. The music may be fan-pleasing, as is often the norm with JRPG soundtracks, but I personally found it to be a bit of a turn-off. Likewise, the voice acting is competent but wildly inconsistent, swinging from Killia’s annoyingly one-note grumbling to Seraphina’s squeak J-Brat gibberish. The script is amusing at times, though, and manages to slip in enough laughs to brighten the doom and gloom. When you recruit Christo, he immediately becomes the straight-man foil to pretty much every other character, which increases the chuckle-per-minute ratio, but the other characters – brutish Magnus, orphaned Usalia and cocky warrior Zeroken – bring enough variety to the dialogue to keep it interesting.

Disgaea 5: Alliance of Vengeance doesn’t do an awful lot to differentiate itself from previous titles, but some would say it doesn’t have to. Irritating difficulty spikes, a reliance on grinding and a hit and miss narrative are pretty much par for the course, though this iteration’s storyline doesn’t feel as coherent or impactful as some that have come before. Still, it’s an absolute must for fans and a surprisingly good entry point for newcomers.

Relies on grinding.
Story and characters are a bit dull.
Initially complex.

An enjoyable strategy RPG that refuses to become po-faced, Disgaea 5 is let-down only by a so-so narrative and an over-reliance on XP farming.