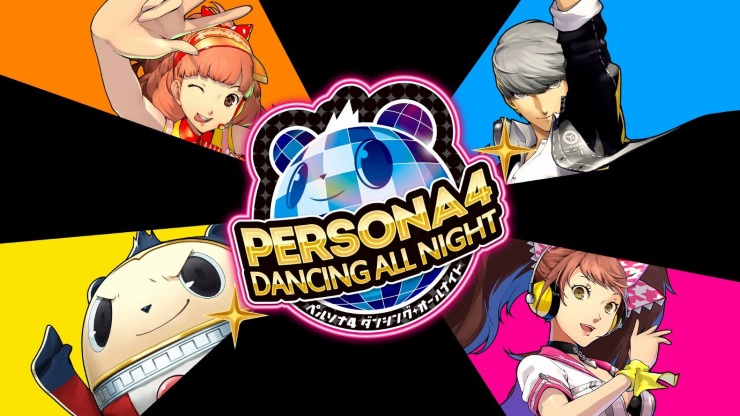 It takes guts to change up a series’ tried and true formula, even slightly. Persona Q took the life-sim/turn-based style of previous Persona games and adopted some traits from Etrian Odyssey, turning it into a dungeon-crawler. Now Atlus have taken it one step further, this time rejigging their formula to replace the typical turn-based combat of previous games with roof-raising rhythm-based dance. Welcome to Persona 4: Dancing All Night.

Taking place after the events of Persona 4, the Investigation Team have separated, some choosing to stay in Inaba with the rest living in the city. Dormant idol Rise Kujikawa is gearing up for a comeback and invites her friends to be her backup dancers for her performance at the Love Meets Bonds festival. However, with the Investigation Team involved, nothing is bound to go as planned. A strange internet video showing a dead idol dancing seems to be doing the rounds and leaves anyone who watches in a coma. Soon after, members of idol supergroup Kanamin Kitchen are abducted, ensnared by golden ribbons and stolen to another world – and it’s left up to the Investigation Team to rescue the girls and uncover the identity of the unknown assailant by using their Personas in a totally different way. The obvious question before we go any further is does this whole new formula it work? And the answer to that question is: Yes. Yes, it bloody does. Persona 4: Dancing All Night does a superb job of carrying on the series and entertains entirely with its exciting and quirky gameplay. The sharp,funky rhythms of the Persona 4 Golden OST make up the track list, with each song being remixed to prevent the sounds from becoming stale. Both fans of the rhythm genre and fans of the Persona series in general will find a game to love here; the former finding fun in the precise gameplay and excellent variety of tracks, characters and costumes and the latter reveling in the nostalgic revisit to the protagonists of Persona 4 as they take on a new adventure. The set pieces and imaginative design of bosses within the Midnight Stage feel just as innovative as they did in Persona 4, inspiring awe and feeling unlike anything you’ve ever seen.

The plot of Dancing All Night is rather simplistic, and shows quite glaringly that the game is a spin-off of Persona 4. The first three or four chapters can feel repetitive as you battle to save the members of Kanamin Kitchen. Dances feel few and far between in the beginning, punctuated by what feels like never-ending dialogue, but it is understandable that the scene has to be set before firing on all cylinders. The pace and diversity picks up when you take on the perspective of newcomer Kanami Mashita, who stands out as the best character in the game. I was riveted by her story and genuinely enjoyed all of her chapters thoroughly, adoring her sister-like relationship with Nanako Dojima and her cutesy naivety. The voice acting in general is on par with its predecessor, with Ashly Burch replacing Laura Bailey as the voice of Rise Kujikawa. Despite being initially a strange sensation, Burch does a wonderful job as Kujikawa and, within minutes, you’ll be loving the new vocals of everyone’s favourite Japanese idol. Having only ever had experience in rhythm games with titles like Guitar Hero, I was concerned whether P4D would be enjoyable or even possible using the Vita’s control scheme. However, I was pleasantly surprised to find that it’s addictive, only becoming more exciting as you progress through the difficulty levels. Notes become faster, combos become more complex and it feels like a real challenge. Quick Dance presents the opportunity to flexibly dip in and out when you’ve got a spare five minutes, allowing you to scratch that itch to play whenever it arises; and trust me, it will. I found myself playing through a plethora of songs at all hours of the night when having trouble sleeping, feeling physically compelled to play more. Rhythms are precise, the song selection is stellar and gameplay is near perfect.

Awestruck that Atlus have kept such a perfect track record, Persona 4: Dancing All Night is a game for everyone. New players will love it, and returning players will get that nostalgic fulfillment they’ve been craving. With sharp gameplay, a plot that feels fresh while maintaining the series’ roots and one of the best soundtracks I’ve ever heard, Dancing All Night is an invaluable inclusion in the Persona canon and will have you tapping your feet to the beat. Atlus, I bow to thee.

Plot is slow to begin with.
Dancers are locked to specific songs.

A hugely successful departure from established formula, Persona 4: Dancing All Night is further proof that Atlus can take the franchise anywhere.