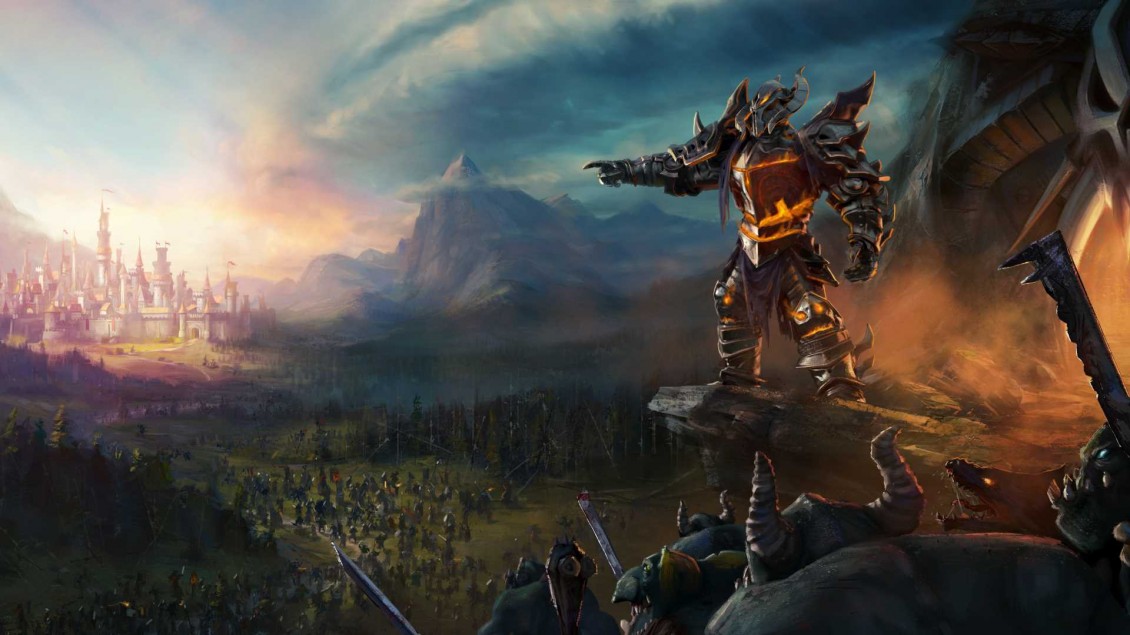 Given EA’s recent shambolic, cash-grabbing attempt to revive Dungeon Keeper on mobile devices, you’d expect most developers to give the genre a wide berth for now, but Realmforge Studios isn’t perturbed. Returning to the universe of their own Dungeons franchise, they’ve done away with almost every unique element featured in the PC-exclusive original and, essentially, recreated Dungeon Keeper almost wholesale.

The idea behind Dungeons 2 is to guide the Absolute Evil – which is you – back to his former power as the foremost evil being in the land by building huge dungeons, amassing armies of beasts and monsters and destroying the settlements of the Alliance (and yes, your side really is called “the Horde”, too).

Amusingly, it doesn’t so much wear its influences on its sleeve as it does flog them to death and stitch their flayed skin into a technicolour dreamcoat. Take early game foe King Robert, for example, who rules from King’s Ending, or the bevy of cliche-ticking heroes who defeated the Absolute Evil in the first place. It’s all incredibly meta as it is, before you factor in Kevan Brighting’s (The Stanley Parable) mostly excellent narration, which makes regular sport of the fact that this is, in fact, all a game. References to other works of fantasy, both within this medium and without, are regular and usually chuckle-worthy, even though his constant sarcasm and impatience occasionally evokes Come Dine With Me’s Dave Lamb, and not in a good way. In fact, that’s one of the biggest complaints: Brighting’s Narrator exists in place of pretty much any other form of exposition or guidance. He tells you the entire story, what’s happening where in the gameworld, and is solely responsible for what passes as tutorials. Rather than simply show you a button press, which would be far too easy, Dungeons 2 instead has the Narrator tell you what to do, but not how to do it. As a result, I spent a lot of the early game clicking on everything with my big disembodied hand while Mr. Brighting made quips about making sandwiches or twiddling my thumbs. I have to be honest, I only found it funny once. After that, I started to get frustrated.

But eventually it all clicked. I realised how to create “little snots” and make them mine gold. I learned to build treasuries and breweries (orcs and snorts will only hang around for beer); I learned how to lay traps for intruding heroes and command my Orcs to gang up on invading giant spiders. It was all going well and, despite the fact that you can’t speed up labour and it’s all a bit boring to watch, because it was all working it was quite fun. Then I was commanded to take my fledgling Horde up to the “Overworld” and destroy a small human village, and it all fell apart a bit.

The RTS sections are dull, clunky and overly simplistic, requiring little more than brute force and numbers to overcome pretty much any obstacle. Every campaign map consists of amassing an army and then barreling up to the surface and wrecking everything. It never varies, and there’s not even any greater tension to be found below ground because it’s depressingly easy to defend your dungeons. A couple of well-placed traps negate the need for guards, so the cool-in-concept hot-switching between surface and dungeon to manage resources and govern the battlefield simultaneously falls flat. It’s all simply too straightforward. A 4-player online mode is welcome, if only because it adds another option, but it’s largely forgettable and never really feels like it’s the way it’s supposed to be played. It runs smoothly enough and doesn’t over-complicate matters, but I didn’t have a lot of joy getting online and when I did, it wasn’t a whole lot of fun. There’s a “Skirmish” mode if you feel the need to practice, but you probably won’t.

Dungeons 2 certainly looks attractive enough. The characters are chunky and colourful and the environments have a decent amount of detail, while little touches to dungeon rooms like the treasury and training arena add atmosphere and charm. There’s a lot to be said for a game that makes you laugh while asking you to slaughter unicorns, but the poor RTS element means Dungeons 2 only really works 50% of the time. It’s a shame, too, as there’s a lot of potential here and Realmforge has had a decent stab at a flagging genre – I just wish they’d put more effort into making the Overworld element more tactical and less effort into giving the Narrator stuff to say. As it is, it’s all a bit of a missed opportunity, and definitely isn’t about to revive the age of the Dungeon-builder any time soon.

Dungeons 2 is a bit of a missed opportunity, and isn't going to revive the age of the Dungeon-builder any time soon.

Inkulinati tips | 8 helpful tips to get you winning quickly
Inkulinati best unit guide | Pick the right units for the job
Dead Space | How to get your deluxe edition suits
How long to beat Dead Space (2023)
Forspoken | How to get Frey’s cat familiars
How long to beat Forspoken
Social Media
SUBSCRIBE
All content copyright GodisaGeek.com
Fonts by Google Fonts. Icons by Fontello. Full Credits here »
Posting....