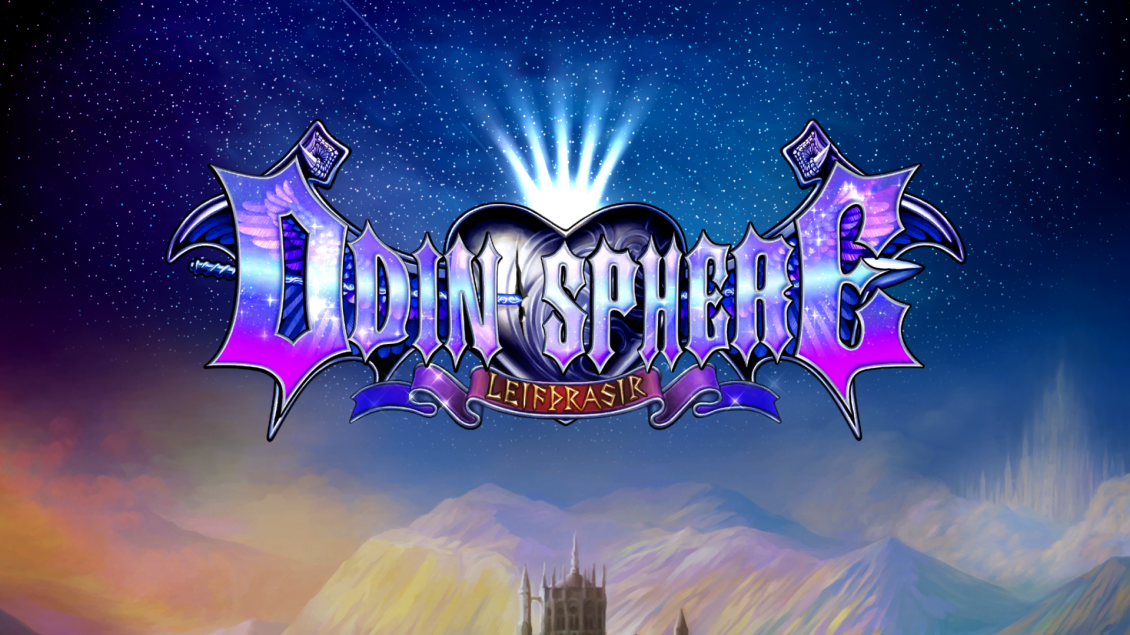 Having never owned a PlayStation 2, I had a ton of catching up to do when I finally got a PlayStation 3 and discovered PS2 classics. Heck, two of my favourite games of all time — Persona 4 and Final Fantasy X — are PS2 games originally. One game that had been recommended to me multiple times by friends was Odin Sphere, which looked fantastic on the PS2. Odin Sphere Leifthrasir is a reimagining of the PS2 classic for PlayStation 4, PlayStation 3, and PlayStation Vita. One of the major complaints the PS2 game had was the slowdown when multiple enemies are on the screen. Odin Sphere Leifthrasir fixes this issue and only has a few slowdowns on the Vita in extreme conditions.

While most “remasters” these days are just the original game running at a higher resolution, Odin Sphere Leifthrasir includes the original game with mechanics untouched but running at 1080p and 60fps as well as the new refined game that plays and feels completely different. For this review I’ve put an equal amount of time into both the PlayStation 4 and PlayStation Vita versions using cross-save to sync my progress across.

Odin Sphere Leifthrasir takes place as a set of books being read by a girl in her attic with her cat. Each of these books represents one of the protagonists of Odin Sphere Leifthrasir. The storytelling unravels across multiple tales where each protagonist runs into another. These may happen at different times and cliffhangers can lead into another protagonist’s tale. Odin Sphere does a great job at developing each character to the point where you care for them and understand their motives for every little thing. The timelines intertwine and you finally begin to understand things more and more as you get closer to completing the five main tales. I never thought I’d enjoy the story this much but without going into spoilers, I feel like Odin Sphere Leifthrasir is a masterpiece on multiple levels. As you get into each protagonist’s tale, you get your bearings in order for their play style with each one performing differently. Gwendolyn uses her sister’s Psypher spear and is the daughter of Odin. She has a very standard hack ‘n’ slash attack style with the power of ice. On the other side of the spectrum, Velvet has a Psypher chain that lets her execute long range attacks while Mercedes wields a cross bow. Each character is unique and discovering how to chain together their combos using skills and attacks is amazing. Psyphers absorb phozons from fallen enemies and grow in power, with each protagonist has some form of a Psypher weapon.

Gameplay flow has you go through various interconnected rooms and stages, with chapters being split up by various story cutscenes. These rooms range from battle stages to resting areas, and even include random locales with destructible environmental objects that give you rewards. Each chapter ends with a boss fight and there’s usually a mid-boss fight as well. I. Expect to take about 6-7 hours for each protagonist’s book — there is at least 40 hours of gameplay here. Even once all the books are completed, the game continues on in breathtaking fashion but I won’t spoil what’s in store.

Combat involves attacking with your Psypher and using skills. Skills either consume POW or PP. You unlock plenty of skills as you progress and can setup shortcuts or activate skills by pressing L1. You can invest phozons, acquired as you please, and change your build depending on your play style. The real meat of Odin Sphere Leifthrasir is chaining multiple attack combos by staggering big enemies and bosses. You get a real rush out of managing to take out a mid-boss in a single combo across multiple layers of health bars. Levelling up is a manual process, barring combat experience through planting seeds. Once you plant a seed, you use up a phozon to bloom said seed and consume its fruit. Early on, you also unlock travelling chefs who can cook meals that give you an HP boost and a lot of experience. There’s a big gathering element at play throughout where exploration is rewarded since certain ingredients are incredibly hard to find or completely unaffordable. Again, you can invest your phozons into levelling up overall or levelling up individual skills as you please. You also are encouraged to mix glass beakers with other items as alchemy to concoct your own attack and defence potions — many of which are very useful in boss fights.

Visuals are definitely a highlight here. The lush colourful environments and detailed character models and animations make Odin Sphere Leifthrasir one of the best looking games ever. It also runs smoothly, only noticing a few drops in framerate on the Vita during certain boss fights where there were heavy particle effects at play. Other than that, it took everything I threw at it, chewed it up and spat out gorgeous and fluid visuals that had me hitting the Share button more often than I should have on PS4. Bonus points for the detailing on dishes in the travelling chef restaurants. If you haven’t upgraded to the 2000 Vita model, you’re in for a real treat as the OLED screen really makes Odin Sphere pop.

If you’re a fan of Japanese voices, you can choose to use them from the get go as Odin Sphere supports both Japanese and English audio options. The voice acting is great but the real highlight of the sound department is Hitoshi Sakimoto’s score. Odin Sphere Leifthrasir features arranged tracks while retaining some original tracks from the PS2 game’s soundtrack. The only real problem you will face while playing Odin Sphere is how things start to feel repetitive later on in terms of visuals and in some cases gameplay. There are reused stages because of story reasons, and the gameplay might be a little too stale for some as you power through the stories of each protagonist. My suggestion is be creative with skills and try out new ways to chain enemies into massive combos.

Odin Sphere Leifthrasir is an amalgamation of everything a great game should have: addictive gameplay, gorgeous visuals, a gripping story, and a heck of a lot of customisation. If you missed this on the PS2, you owe it to yourself to experience one of the best games out there on current PlayStation platforms.

Odin Sphere Leifthrasir raises the bar for all remakes with its inclusion of an enhanced version of the original game, and also because of its refined mode, which offers sublime gameplay and some of the best looking visuals on PlayStation.