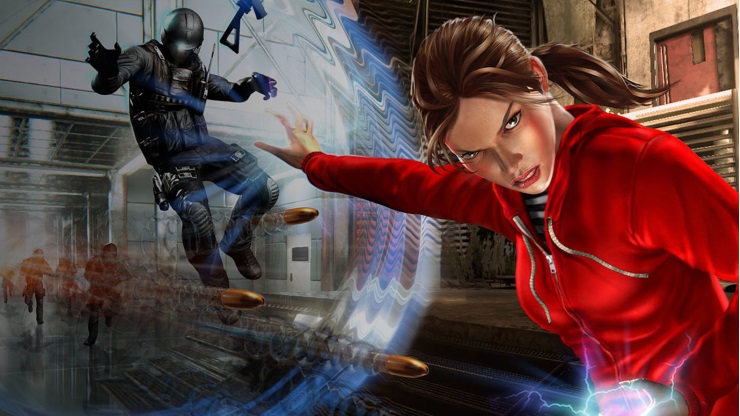 Seldom has there been a show as impactful or as thrilling as the first season of Heroes. When it debuted almost ten years ago, the world was introduced to a fresh take on the superhero genre. Instead of focusing on a bunch of muscle clad sex sirens saving the world from impending doom, the story focused on your average Joe and how they struggled to cope with the discovery of their newfound abilities.

After four years, the show’s tenure on our TV screens began to wear thin, and with those four seasons done, it was cancelled. I can’t say it was surprising considering the contrived nature of its plot in later seasons, but it was still a shame to see the show fade away and not disappear with an almighty bang. Six years later and Heroes has been reborn in, well, Heroes Reborn: a 13-episode miniseries that takes place a few years after the end of season four.

With the series back in the public eye, Phosphor Games has released a video game tie in called Gemini: Heroes Reborn. Notoriously, video games based on TV shows have an awful track record (see Lost or Sopranos for proof) and with a game focusing on one that hasn’t been renewed for a second series seems like a recipe for disaster, right? Not entirely. Gemini: Heroes Reborn is actually decent if you put aside its weak plot, irritating acting and dull environments. You play as Cassandra: a twenty-year-old “evo” on the cusp of unlocking the mystery of her missing parents. Along with your friend Alex, you reach a facility where danger and chaos awaits in the form of antagonist Trevor Mason and his cronies. Within thirty minutes of playing, you’ve gone from powerless to powerful. The absurdity of how quickly you harness and adapt such phenomenal power can be overlooked because you’ll be too busy frowning and rolling your eyes at the frivolity of their banter. This innocent girl has become a fully-fledged murderer and it doesn’t create any inner conflict or acknowledgement which seems a little bizarre. Instead you’ll hear how her new computer goggles are “so baller” and how everything is “sick”. Yes, maybe I’m showing my age, but I couldn’t help frown and its forced attempts to portray teenage life.

The bulk of your enjoyment will come in the God-like approach it gives you when you’re given free reign of your telekinetic and time travelling abilities. During the relatively short campaign, you’ll have seen these abilities incorporated a lot smoother and naturally in other games (the free running in Mirror’s Edge or the telekinesis in Bioshock), but it is how much freedom you’re given to use these from early on that makes it so enjoyable. I took great joy in throwing guards into the spinning blades of the fan units and taking out soldiers with computer desks and heavy water tanks, it just never got boring. Phosphor has done a great job in using time travel to play a vital role in not only the story but the gameplay. You can hit a key to bring up a link to the past or future called a time scout. Through this portal, you can manipulate your surroundings to break through obstacles or move past pockets of resistance. For example: if your doorway is blocked by an insurmountable amount of rubble in the future, check the past to see if you can get through, then travel back in time and walk through the doorway. You can also use this mechanic to solve puzzles and kill guards that are getting in the way in one of the two time periods. Having the story set in two time-frames (2008 and 2014) means you can escape trouble and adapt quite easily without dying or struggling to progress.

With all of these skills, it isn’t really difficult and you can move from chapter to chapter with great ease. It takes a lot for your health to diminish and your telekinetic powers never really run out. You’re also given the ability to slow down time and there are certain moments in the game when you can use this ability an infinite amount of times. You are untouchable and death rarely comes knocking on your door; if it wasn’t for the frustrating jump controls causing me to die when I tried to make it over large gaps then I can’t recall ever dying in combat. The visuals don’t really do much to wow you and the dreary corridors and bare rooms seem all too common, but there are some nice textures and lighting effects that give the game a bit of pizzazz. It’s done the best of with what budget it had, and it feels very much like they’ve taken influence from Portal’s Aperture Science Laboratories in the way the facility looks, giving it a sense of familiarity and fondness.

With a little bit more work, Gemini: Heroes Reborn could have been a much better game. I would have appreciated a more polished and challenging game than what exists, but for a game that comes off the back of a TV show it is actually quite entertaining if repetitive from time to time. If you’re expecting a fully-fledged Heroes game, I wouldn’t get your hopes up, but if you’re looking for something that offers you mindless action and a few clever ideas along the way you should certainly give it a go.

It isn’t the best first-person adventure you’ll ever play, but it does offer some fun in its combat and time travel mechanics to warrant your time.