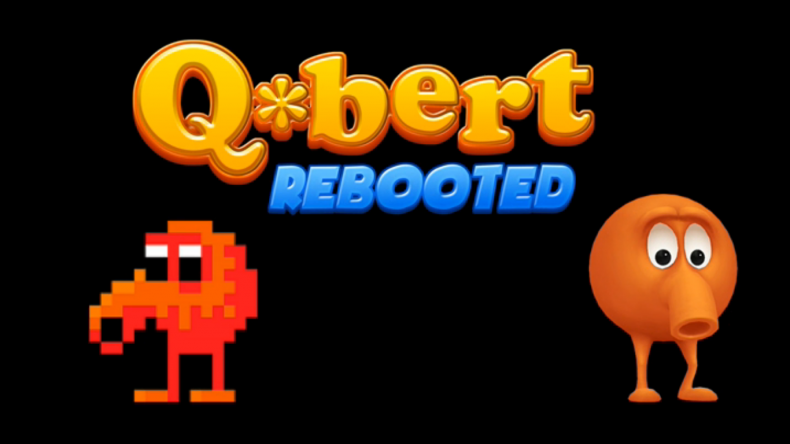 The funny thing about reboots and remasters is that sometimes they take something ancient and beloved and whip it into modern shape to make you love it all over again, and sometimes they’re really just updating something you remember fondly for the sake of it, and all they do is remind you that some things really are best left untouched.

Q*bert was considered a masterpiece back in 1982, and rightly so. Video games were in their infancy, and innovation meant inventing brand new things instead of just building on what was already there. The simple act of moving a little pixellated alien up and down a pyramid of blocks was – and still is – addictive, and the level of challenge was commensurate with the era (i.e. it was bastard hard). The reappearance of the titular “hero” in a few recent movies – the excellent Disney/Pixar hit Wreck-It Ralph and the decidedly less excellent Adam Sandler car-crash Pixels – seems to have revived interest in the legendary arcade game, leading to an extra couple of pails turning up under the reboot cash cow.

What’s weird is that of the two versions bundled in Q*bert Rebooted, it’s the original that feels more fun to play. The new version looks better, obviously, but the change from square to hexagonal blocks and the reduced size level size feel a bit arbitrary. Each pyramid-shaped level starts with Q*bert dropping in on the top block, and the goal is to change the colour of every block by bouncing on it once. If you jump the wrong way, you may end up falling to your doom, and enemies pop in periodically to impede your progress.

Coily the snake pursues you, bouncing balls drop on your head, and Slick & Sam undo your hard work by switching blocks back to the original colour. The new 3D version also adds a few other obstacles, such as boxing glove to launch you off the level, and it introduces gems that let you unlock new cosmetic skins. The gems give you something to chase, but ultimately they don’t add much to a fairly repetitive experience.

There are forty levels, but only five variations, which means you’ll see the same laout and hear the same music while avoiding the same obstacles quite a lot. It’s great that anyone with an Xbox One who really wants to play Q*bert can now play Q*bert, but this is a reboot that really adds nothing to the experience besides improved looks, and I found more fun and a fairer challenge playing Classic Mode.

I say “fairer” because I found the right stick incredibly floaty in the rebooted version, and it was easy to accidentally nudge my thumb in the wrong direction and go off the map. It may just be me and I may just be an awful Q*bert noob, but I never had that problem in Classic Mode. And, frankly, it feels more natural. The rebooted version is so bare-bones it’s hard to get excited about in any way. Classic Mode, on the other hand, will kick gamers over a certain age square in the nostalgias.

It will score a lot of points for the sake of nostalgia, but in all honesty the reboot does nothing important that the original didn't do better, 34 years ago.