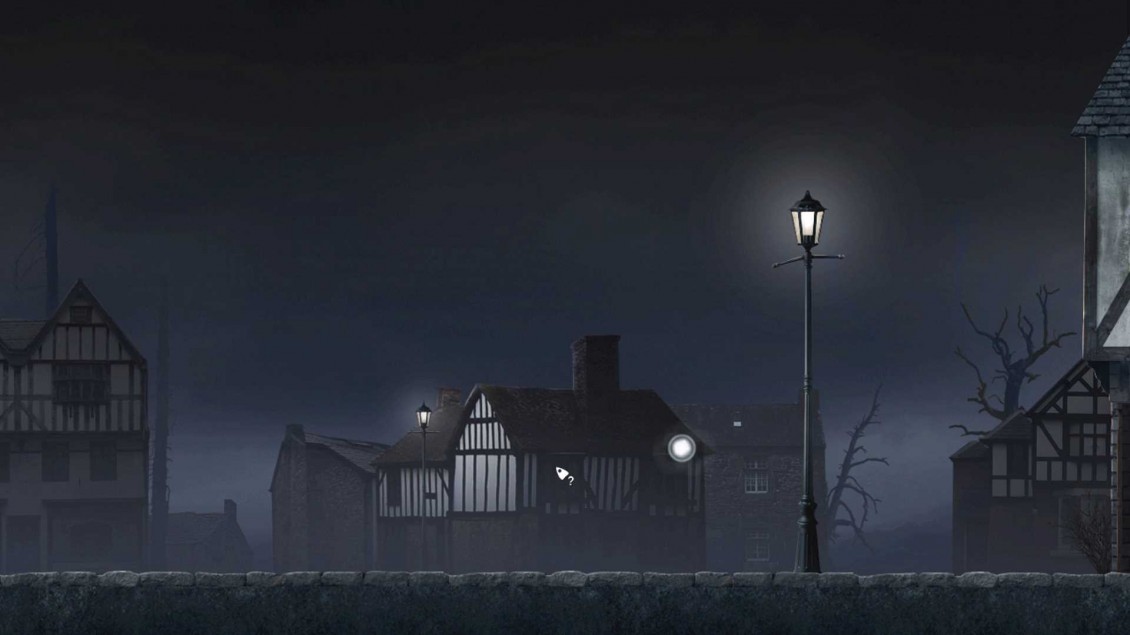 Waking up at your own gravestone after 40 years with no recollection of where you are or what happened to you is where Goetia sets its scene. You are Abigail Blackwood and you are no longer in the land of the living, just a ball of white light with the memories of your death and the events that led up to it a little foggy. Something bad has happened at Blackwood Manor and you are back for a reason, but the demonic and mystical experiments that took place there have had ramifications beyond comprehension. Your family is missing and Oakmarsh is void of vivacity, but why?

Goetia is a point-and-click adventure where you guide Abigail through lots of different rooms and areas looking for clues about the weird events that have happened at Blackwood Manor. It does a great job of building this world and backstory not only for Abigail, but her family as well. There is plenty of literature scattered through the rooms and quite often you’ll spend more time reading excerpts from your father’s research or notes from your sister than you will solving puzzles. The story is an interesting one, and you’ll become engrossed in uncovering the secrets of Abigail and her family, even if it takes an insurmountable amount of time trying to solve its puzzles.

As you flit between rooms, puzzles will present themselves and in many cases you’ll struggle to find the answer. Sushee doesn’t want you to succeed effortlessly, and the difficulty is almost impossible at times. I spent so much time trying to solve some of Goetia’s puzzles it became intolerable; it lost its fun and appeal in favour of punishing you unnecessarily. On occasion, you do get a little guidance, but the further you go the harder it gets and you’ll start to lose your patience trying to put an object in the wrong place or entering the wrong password for the thousandth time. That’s not to say the puzzles aren’t varied, and some of them really do require you to use your brain in new and exciting ways. One of the first puzzles I solved had me subtracted ages of people from when portraits were taken, using the number to put into a code for a door to unlock. It was a progressive puzzle that had a lot of a build-up, but I felt great satisfaction when I worked out what I needed to do.

It’s really easy to navigate the different areas of Goetia: you use the mouse to move through the rooms and the left button to choose whether to read a brief description of the item, use the item, or possess it. Not all items can be possessed, but if they appear to be integral to a specific puzzle, possession will help you solve them. If you find an important document or passage in a book, it will go into your codex and you can reread them at any point in the game. You will also be able to access your journal if something you find has specific importance to the story, as it will be written in to build on the narrative.

Even though the tone of Goetia is macabre and mournful, the environments are beautifully designed. Each area has been created to highlight the emptiness of Oakmarsh, and the shadows under broken lights exemplify Abigail’s loss. Goetia is a real treat for fans of anything gothic, managing to bring the horror elements to the forefront in a remarkably subtle way. The music sounds like a Nine Inch Nails album; reminiscent of the instrumental and haunting progression Reznor is known for, even if it becomes repetitive. It creates a fantastic parallel with the visuals and helps to present the perfect atmosphere.

For many people, Goetia is going to get frustrating quickly, and the puzzles can be far too complex to keep you engaged. The ability to leave a particularly hard section in favour of exploring the other rooms is appealing, but by the time you return to an older puzzle you may very well have forgotten your trail of thought for it. There are a significant amount of spelling mistakes and wrong words used in the text which can be jarring, but the amount of work gone in to creating a rich narrative is admirable.

Goetia is a difficult point-and-click adventure that tests your resolve, with an engaging story and some beautiful visuals.