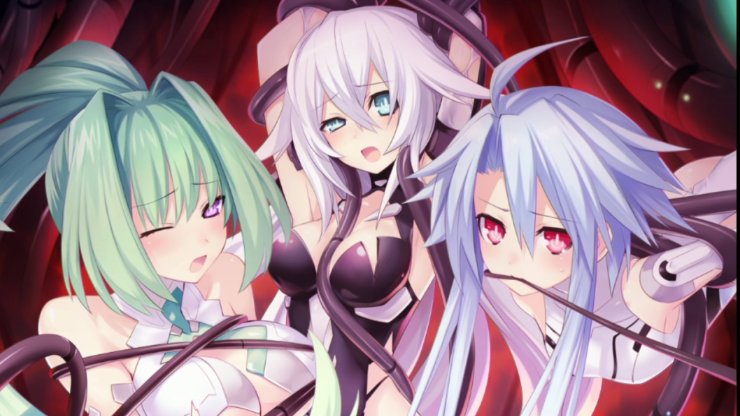 JRPGs are a difficult genre to get right. Considering the length of play time there has to be enough in their structure to make you want to keep playing well into the tenth, twentieth or even thirtieth hour. Mechanics are revealed in a slow, steady fashion to change things up, and side-quest upon side-quest criss-crosses along a story that really needs to hold your attention over the course of your lengthy play time.

Despite having some quite interesting parallels with the real world game industry, Hyperdimension Neptunia Re;birth 2’s story is, in a word, dreadful. Things aren’t great in the world of Gameindustri: a company called ASIC is growing in power, corrupting the young with free DRM-hacked games. In a bid to stop this, four plucky CPUs went to the Gameindustri Graveyard to stop them, but alas, it all went wrong. One CPU was rescued 3 years later, and now she and her friends are on a mission to save the remaining CPUs and stop ASIC once and for all.

In this case, the CPUs take on the form of teenage – or occasionally pre-pubescent – girls. In fact, all of the protagonists are female, which just gives the creators more opportunity to fill the game with lewd humour. There were some segments that were quite uncomfortable to bear witness to, especially on public transport considering I’m playing on the Vita. So, the head CPU Nepgear and her two friends IF and Compa set out into Gameindustri to undertake quests to retrieve shares, seek aid from Gameindustri nation Mascots and recruit other CPUs to assist them in rescuing their sisters. This takes the form of entering cities to trigger events and then heading to some rather small-form dungeons to fight your way to the boss monster. It’s not your typical large, open JRPG, and you’ll spend more time watching the talking head cutscenes than you will actually fighting in the dungeons.

There’s no prodding to continue with the story; between main missions you are free to go to Nation guilds and pick up quests to undertake within the dungeons. These normally take on the well worn tropes of ‘Kill X amount of these’ or ‘Collect Y amount of those’; however, some require you to kill particular single targets, which are normally stronger than the current storyline boss fights you get into and prove to be tough foes for when you venture off the narrative path. Apart from a couple of spikes in story boss difficulty these optional encounters provide the game’s sternest challenge.

Battles see your party plonked into a 3D arena. Each character has a circle of movement that they can move in each turn with a floor based icon indicating their area of attack. Different weapons can expand this area, allowing your characters to attack more than one enemy at a time if placed correctly. Party members can make regular attacks, Magic/Special attacks which consume SP (read MP), or use items. Later on you gain a meter known as the EXE drive, which enables flashy, devastating attacks that rack the damage counter up to silly amounts. CPU party members have access to what is called HDD mode, which allows them to deal more damage and consume less SP when using SP abilities, although I’ll admit, I could hardly tell the difference apart from the change in their outfits. Outside of the rather bizarre premise the game doesn’t break any new ground and what is there just feels boring and chore-like. Talking heads, go to location, fight to event, talking heads, boss fight, repeat, repeat. It never breaks out of that cycle. This feeling of repetition isn’t helped in any way by some lazy design that sees dungeon layouts re-used for other areas, and while palette swapping of enemies is a JRPG mainstay, here it seems to be used to a ridiculous degree – most of the time they don’t even bother swapping the colours at all. You can acquire “Plans” that change things up in the dungeons like adding enemies or upping the difficulty, changing items or adding new purchasable items to the Shops but these don’t really alter much of the overall dull routine.

On a more positive note, the game itself is quite gorgeous to look at. Characters are superbly designed, 3D models are cell-shaded beautifully and well detailed. The bright colours look fantastic on the Vita’s screen (on my OLED model at least) and the subtle animations on the talking head cutscenes are lovely touches. When it’s not being creepy it displays a great sense of humour about the culture of gaming, and there are a lot of knowing nudges and winks that many will enjoy seeing.

Sound is another matter, the character voices are incredibly annoying, music samples are re-used as much as enemy types and I challenge you not to get irritated when you hear the same character sound-byte for the umpteenth time while exploring. Hyperdimension Neptunia Re;birth 2 is a game that you want to like given its subject matter, but which gives you as many reasons as it possibly can to not do so. Gorgeous looks cannot save it from repetitive design or annoying characters, and, while I am hardly a prude, the lewd nature of the game considering the questionable ages of the protagonists was really off-putting. Outside of the ludicrous story and pervy humour there is an average JRPG that you might get some enjoyment out of, but in my opinion, your time is better spent elsewhere.

Looks great
Controls well
Not exactly difficult to get into

Good looks and an original premise are let down by questionable scenes and a lack of ideas in terms of mechanics.