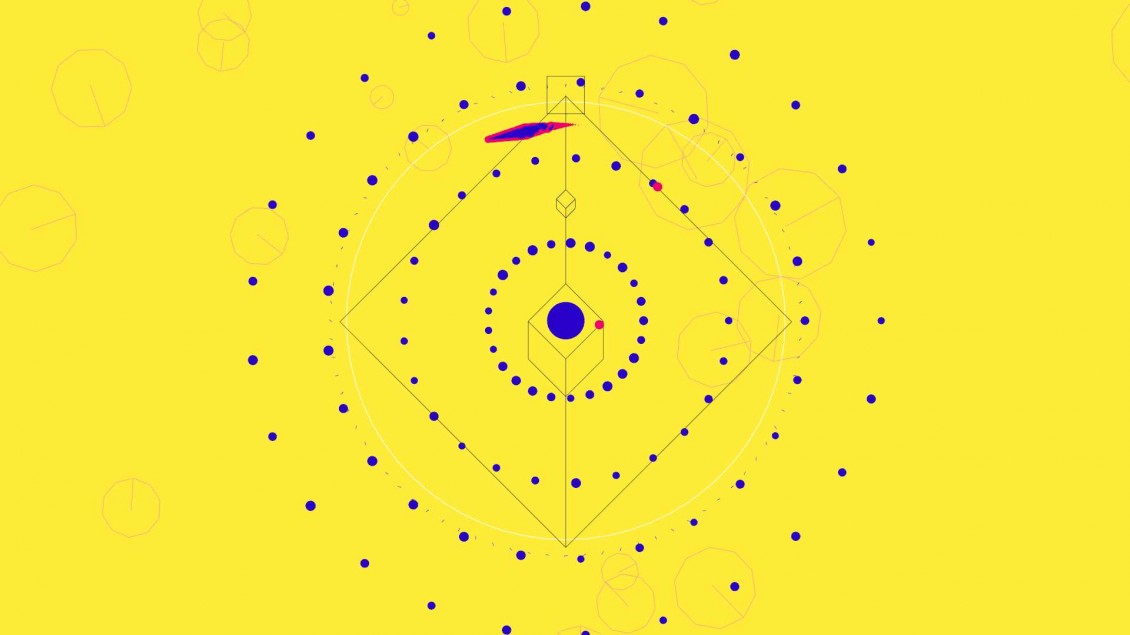 Puzzle games aren’t exactly a rarity these days, especially since Professor Layton arrived on the scene back in 2007. But with the rise of indie developers, the genre has grown into something much more varied and experimental, even mashing together with other genres that you may not normally expect.

Soft Body is just such a game, with its unique blend of puzzles, action and even Ikaruga-like ‘bullet hell’ stylings. It also manages to be two separate games, after a fashion, with two differing scales of difficulty to boot. At first glance, both sides of the game play the same, moving the squishy, ball-like being around with the left stick, from a top-down viewpoint. The right stick is used to move another being, which is where things begin to take a different turn depending on which part of the game you’re playing.

In Soft Mode, the puzzles all revolve around lighting up blocks and, occasionally, taking out enemies, Sounds simple enough, right? Things get a little more complicated once your ghost body makes an appearance. Merging with your ghost form allows you to harm the enemy blocks and also guide balls along their tracks, in order to complete levels. Some ball tracks activate turrets, firing a stream of deadly bullets you’ll need to dodge. Things get tricky when you’re forced to split from your ghost body, which is where the right stick comes in. Controlling two separate entities will test your dexterity to its limits, but Soft Body does at least ease you into things in Soft Mode. It’s Hard Mode that will really test your resolve. As well as upping the difficulty to insane levels, it also introduces your hard body, which requires incredible concentration as you’re tasked with controlling two orb-beings at the same time. There’s no merging here, just two separate entities to move around the screen as you attempt to dodge bullets and spinning lines (most likely representing deadly lasers of some kind). Hard Mode certainly lives up to its name.

At the end of some chapters there are boss fights, which changes things up a little, but not enough to really add much variety to the game. This is where Soft Body’s problems begin. Despite an awful lot of content, with chapter after chapter filled with fiendishly difficult levels, across two game modes, things tend to repeat themselves quite quickly. Rolling a ball around its spiral, all the while dodging turret fire, becomes something of a chore after a while.

The simple, minimalist visual style evokes memories of Breakout as your little orb hits the colourful walls, and hints of Limbo appear during one particular level. Photorealism and millions of polygons just wouldn’t work here, but lighting effects and changes in palette help keep the graphics fresh as you progress through the game. There’s also a hint of Electroplankton in some of the aesthetics, especially in the synth-heavy soundtrack. There are some really soothing tones that play over the levels, creating a relaxing mood that sometimes contradicts the panic-inducing tension of the gameplay. Especially in Hard Mode.

There does seem to be some kind of story to Soft Body, a potentially artsy one at that, so discovering it takes a greater mind than mine. One level represents the brain in some way, as the game states, but it feels quite unnecessary in the grand scheme of things, as it adds absolutely nothing to the experience. Luckily the level design adds everything needed to enjoy the experience, despite its repetitive nature. Some levels require simply lighting up all the blocks, but the more complex ones will mix that with multiple enemy types that attack in alternating patterns, adding a ball puzzle and a Bullet Hell gauntlet as you attempt to move a second ball along another path. This is only in Soft Mode too, with Hard Mode offering some impossible-looking layouts that only the most patient players will master.

Soft Body isn’t going to appeal to everyone, but it is an intriguing and challenging title that will keep puzzle fans happy as well as offering something a little different that may just keep a few others coming back for more.

Soft Body is a challenging puzzle-action game, with a colourful palette and beautiful soundtrack, but its repetitive nature stops it from being more than a niche curio.