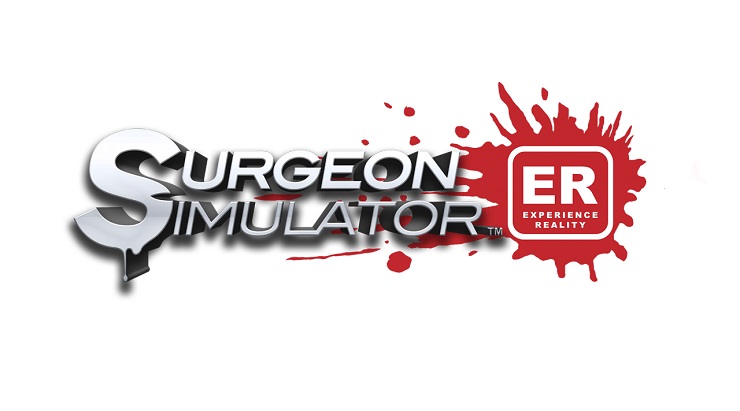 If you’ve ever fancied your hand at being a surgeon, but didn’t want to deal with the palaver of a medical degree, training, realism, ethics, and actually saving lives, then Surgeon Simulator is a fun alternative to the real thing. Add some VR to the 2013 title, and you’ve got yourself a potentially marvellous game of medical mayhem and morbid delight. Unfortunately, in reality it falls a bit shy of this potential.

Surgeon Simulator: Experience Reality is an entirely standalone version of the 2013 patient hack-up-a-thon, and allows you to perform a range of surgeries on a host of poor subjects in hospitals, backs of ambulances, and in space. It includes all the content from the vanilla version minus any of the extra scenarios added to the Anniversary version, making it a little disappointing in its breadth of content. Once you’ve figured out how it all works mechanically, it can be easily finished in a single session of a mere hour or two. Mind you, it’s certainly not devoid of entertainment during that time. A selection of blunt, sharp, and laser firing tools are available to help you perform the surgeries your patients require. It’s up to you to decide which tool is best for each situation as you perform surgeries that range from the relatively simple removal of teeth to organ replacement. Meanwhile, each location provides a different challenge, with the ambulance providing an unstable operating area and space removing gravity. Your goal is to perform the surgery quickly and efficiently enough so your patient doesn’t bleed out. You’re not required to put removed organs back and reattach them, nor do you need to attach the new organs, simply remove what’s bad and throw in what’s good. Job done, your patient will now (probably) live.

Of course, realism is not on the cards in Surgeon Simulator; the surgeries are rife with gory bone-crunching and organ-squishing slapstick comedy. It’s delightfully deranged. The cartoon aesthetic immediately sells you on this light-hearted theme, with solid colours and gentle textures. Meanwhile, a physics engine designed for hilarity makes your surgery attempts look like a lost Mr. Bean episode. At the beginning of a surgery there’ll be a host of useless internal organs and structures that need breaking and removing in order to get to your primary objective. Rib cages need smashing, either with bone saws, hammers, or any blunt object you can find – such as the theatre lights or an alarm clock. Organs need cutting with scalpels and removing, before being delicately placed somewhere so they can be reattached later. Or you could simply laser or yank them out, then throw them away haphazardly. Meanwhile, your operating theatre can fill up with the organs and bone fragments that you’ve been throwing around, as well as your tools and surrounding equipment, which so easily goes flying with the slightest nudge. It’s funny to play and equally funny to watch.

With the physics sending objects flying around the operating theatre so easily, it can get a little frustrating. You’re fighting against the clock to finish your surgery before your patient bleeds out, and dropping a crucial tool and struggling to pick it up again can lead to plenty of failed attempts. Furthermore, if you try putting your hand where it doesn’t belong, like through a table or your patient, it’ll automatically phase through and show up as skeletal, preventing you from physically interacting with anything. And unfortunately this occurs frequently, costing you precious time. Where the original non-VR version had intentional janky mouse control to aid in the slapstick, Surgeon Simulator: Experience Reality is far more intuitive, as your VR motion controllers are more analogous to your hands. Moreover, the feedback you get from hitting and cutting is excellent, and goes a long way in immersing you in the ridiculous medical scenarios. It’s still inaccurate though, leading to plenty of the aforementioned hand phasing through things. Furthermore, having to use the grip buttons on the side of the HTC Vive wands to close your hand around objects is a little awkward.

The transition from ordinary to VR ends up not quite working for Surgeon Simulator. The intentionally awkward controls made the original version frustrating in the right kind of way but feel off in VR. It hurts the immersion, reminding you that there are artificial limitations imposed on your movements. Meanwhile, the lack of Anniversary content makes the package incomplete, and the standalone state and price point feel a little unfair to owners of the original that want to experience it in VR. However, it’s very much still the funny and fun surgery silliness that it always has been, making its VR variant’s prognosis still good.

It’s largely the same hilarious, gory surgery sim you know and love, but its mechanics don't translate well to VR.