previous
Shadow of the Beast Review
random
next
Hearthstone: Whispers of the Old Gods Review
0 likes 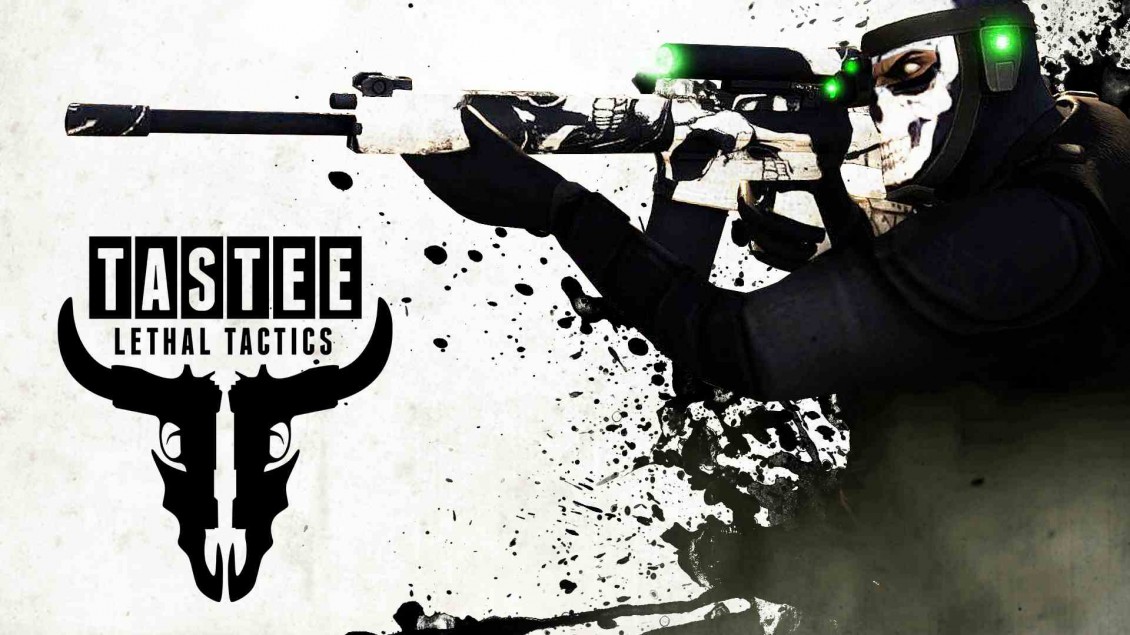 We’ve all been lavished with some excellent turn-based strategy games this year, but there has been a select few that don’t quite hit the mark. In TASTEE: Lethal Tactics’ case for the most part, you’ll enjoy the intricacies of combat and garner oodles of pleasure from hitting all of the mission’s goals. That’s not to say you won’t take issue with the lack of support in learning the ropes, SkyBox Labs’ confidence in the player may be a little too high as the amount of support you’re given at the start feels far too rudimentary and some may struggle to get to grips with the game’s mechanics.

After a weak tutorial, you’re expected to be a mastermind of organising heists and wiping out cartels. After fundamental training, I felt like a bit of an idiot when I couldn’t fully use my squad to the best of their ability. The difficulty spike is quite grand and it took me a good while to keep everyone alive for a mission, mainly because enemy AI is on point and vicious. When you’re deep in a mission, it’s not always clear where the enemy is going to go or what they’re going to do, but a bit of saving grace comes in the form of previewing your turn. When you’ve placed your mercs where you want them and once you’ve given them specific actions, you can watch how the turn plays out, giving you a good idea whether you’re going to die or fail. Although it can be tough, it can also be a great deal of fun. There are two stages to battle: the planning stage and the action stage. Planning can take as long as you want and you can change your mind as much as you want. You don’t use action points, but you are restricted to two actions from the order wheel per turn. The order wheel lets you choose certain actions to use when moving around the maps. Using free fire lets you gun down and blow up obstacles, whilst sprint and crouch helps you to evade enemy fire and sneak up on unsuspecting enemies. Once your decisions are set in stone, you’ll get to watch it all pan out in the action stage. It can be chaotic, explosive and eventful when the action kicks off and the visuals help to make the fruits of your preparation look fantastic.

There are four different classes of mercenaries: gunmen, bombers, snipers, and shotgunners. Taking into consideration each of these traits will benefit you every time. After countless deaths at the hand of a shotgun, I’d use my snipers to find vantage points and take them out so my gunmen could go in all rifles blazing. Bombers are good for blowing obstacles up as much as taking out one or two enemies at a time, but they aren’t always good to use in the heat of battle. This game is about trial and error, and getting it right can be rewarding.

Your characters are also useful in other ways and have certain specifics to help you. Characters like Linus are super strong and will act as battering rams in battle, while Denton can use flashbangs to blind enemies within a certain range. These kinds of skills add another layer onto the combat and decision making which TASTEE does so well. The single player features 30 missions set across various maps offering plenty of hiding spots and vantage points. If you’re after a neat story with twists and turns galore you won’t find them here, but there are plenty of laughs and tongue-in-cheek repartee to enjoy as each of the mercenaries have their own personalities. Most of the story takes place through the emails you get sent from the various mercenaries and a fair amount of work has been put into them. The humour doesn’t make the campaign any easier though, and failing gloriously for the twentieth time can’t be saved by a quip here or there. SkyBox Labs certainly wants to challenge you with these missions and for many of you they’ll start to get annoying after a while due to the harsh difficulty.

The multiplayer is good, but sometimes flawed. Your scores are tracked and your victories can be worn proudly on the leaderboards. I saw certain players racking up over 30 wins and no losses. The community is full of hardcore strategists, but my experiences online were tarnished slightly by some players’ lethargy. When you’re playing online, turns can be taken whenever you want; there are no sanctioned time restrictions so opponents can piss off for a few hours before they make their moves. Obviously, this works for some people, but if you’re looking for each match playing out from start to finish in one run, this won’t always be the case.

TASTEE: Lethal Tactics has a rich turn-based system and keeping all your mercenaries alive will be a welcome bonus on the battle map. The difficulty curve is steep and many will jump off the wagon earlier than some, but if you persevere with it, you’ll find great satisfaction in blowing the shit out of the enemy.

Difficulty can be overwhelming at times
Multiplayer is frustrating
Weak story

A respectable effort in turn-based strategy, but if you’re after a story and a welcoming hand, you’ve come to the wrong place.