previous
Quiplash Review
random
next
Beyond Eyes Review
1 like 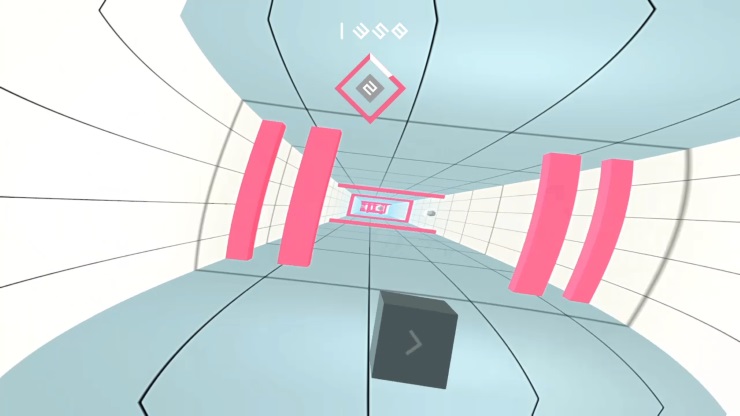 Video games are a medium for many to get lost in; we all want something different from the gaming experience, but on the whole we play video games for fun, right? Some play for the immersive story, others for the vast catalogue of trophies and achievements to collect, and the remaining few enjoy a couple of hours of escapism. Velocibox delivers one of those rare experiences that brings the player to their knees, blood pumping in their veins, spitting profanities and rage. With every minute spent playing, we ask “Why did we ever choose to play this game in the first place?” I’m sure there are a select few who choose this kind of experience, but it’s not for everyone; it’s demanding, hard as nails and repetitive. The effort it takes just to get past the first level is immense – but it’s also ridiculously addictive and rewarding, too. You may not know why you persevere with the constant onslaught of twitch-heavy gameplay and its one-hit-kills, but you will, and you should.

It’s clear that Shawn Beck’s foundation is minimalism. It’s a game basic in both premise and design. There are no characters or personality; you simply control a cube. There is no interaction to be had in Velocibox. In fact, the only dialogue you hear is the constant drone of the female voiceover. I lost count of the times I heard the words “Game Over” spill from her lips, and surprisingly I never grew fond of it. Likewise, there is no story, only purpose. To finish the game, you must complete 8 arduous levels by collecting six illuminated spheres scattered randomly throughout its malevolent labyrinths. With every level comes a plethora of new challenges. As you progress through the game, each level gets harder than the first, and the only respite comes with death. Every mistake stops the game and throws you straight back to the start of that level. The stages are procedurally generated, so you can’t memorise them, and no matter how many times you replay a single level, each repetition will be completely different. There are subtle patterns to the levels which help a little, but on the whole, you don’t really have a leg to stand on. Any minor victory you achieve will be taken away from you in a heartbeat, and that confidence you had slowly built up will be turned into anger, hate and suffering, which we all know leads only to the Dark Side.

Coming back to the concept of minimalism, Velocibox looks simple and plays in the same way. Each level changes the colours of its environment, but there are always four walls and similar obstacles. You only have three controls: move left, right and flip the cube to the opposite side of where you are currently located. Keeping things this way, however, has allowed the developer to focus more on the intense nature of its gameplay, and the diversity in every level is more appreciated than a dull and dreary experience, even if the game is super difficult.

It may seem as though my experiences were negative and painful, but in actual fact, I had a blast. Over the last year, games like Bloodborne and Titan Souls have toughened me up and allowed me to find new ways to enjoy games. Back in the days of the NES and SNES, we never had save points; we simply had to finish a game from beginning to end in a single sitting. Nowadays, too many games allow us to save at the drop of a hat and we have forgotten what made games great in the first place: a true sense of achievement. Yes, playing Velocibox is like walking on hot coals while listening to overly repetitive dubstep, but I wouldn’t have it any other way. I swore, I cursed and I hit my head against a wall over and over again, but I had fun, of a sort.

You are not prepared. This sentence is the first you read, and the last. You will feel like an absolute idiot. You will feel that all of those years of gaming have meant nothing because you can’t guide a box through a tunnel. You may turn it off within minutes and never ever return to Shawn Beck’s game again, but I truly believe that if you stick with it, you will feel better for making that decision. Like taking out the Cleric Beast in Bloodborne, or getting past that cursed Turbo Tunnel in Battletoads, you will feel like a champion, and for that feeling alone, you should stick with Velocibox and give it everything you’ve got.

Rewarding gameplay if you persevere.
Controls are basic and easy to learn.
Visuals are bold, futuristic and easy on the eye.

Incredibly hard.
The slightest mistake will cost you.
May cause controller damage and headaches.

Velocibox is ridiculously challenging and painstaking, but the flip-side is that it's one of the most gratifying experiences you will ever have in a video game.