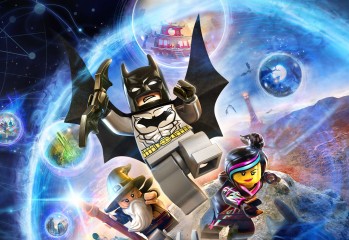 by Lee Garbutton March 18, 2016
So what Wave 4 Packs are worth buying, and what's worth leaving on the store shelf?

For Your Amusement: Rampage

by Sean Smithon April 19, 2012
A little while ago, we brought you the news that Midway Arcade had been released to iOS devices, well it has now been updated to work with iCade, which is an arcade-style addon for the iPad.

by Jonny Lewison February 23, 2012
Warner Bros. and Midway are bringing back the old school today with the release of Midway Arcade for iPad, iPhone and iPod Touch. Midway arcade lets you take a little piece of that old school arcade magic with you where ever you go. I’m talking about the games, not the sticky floor or that scary […]
2

by Robin Parkeron April 12, 2011
Last summer a short film was released across the web that caused a great stir in gaming circles. Featuring Jax, Sonya Blade and several other Mortal Kombat Kombatants, the video appeared to be a trailer for a new film or television series based on the game franchise. Over the last year it became clear that […]

by Asim Tanviron July 26, 2010
Game: Hydro Thunder Hurricane Developer: Vector Unit Publisher: Microsoft Game Studios Available on: Xbox Live Arcade Hydro Thunder, released back in 1999 in arcades and on the SEGA Dreamcast, is a title probably many of you haven’t played or even heard of for that matter. For those of you who do know of it, well, […]
1