by Adam Cookon January 30, 2012
The crossover continues as Ding! regular Trey Douglas (also of Geeky.ly fame) joins The Godcast crew of Adam, Calvin, Martin and Tony to make if a five-some! There’s not been too much big news this week, but there’s still time for the boys to celebrate the Resident Evil 6 announcement before waxing lyrical about what […]

by Sean Smithon January 24, 2012
Scarygirl has appeared in numerous different mediums but not very many times in video game form. How does this new version, developed by Tik Games and published by Square Enix, stack up. Find out with the GodisaGeek.com review here! 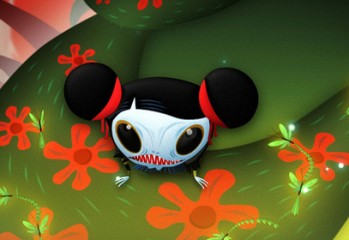