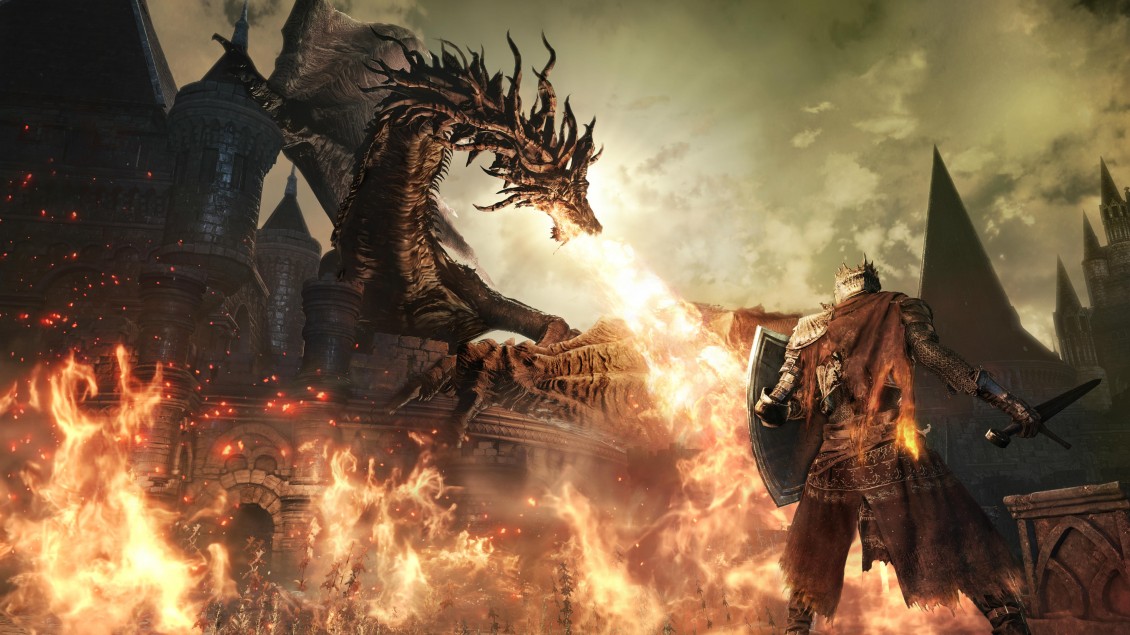 With March having delivered some incredible games such as Pokkén Tournament, Hitman, Tom Clancy’s The Division and Salt and Sanctuary, we’ve only become more expectant of the games set for release this fine April. It looks as though it will be a quieter month in terms of the number of releases, but don’t underestimate some of these blockbusters which are almost definitely holding the top spot on a number of gamer’s wishlists.

See the top picks for April below.

Remedy Entertainment’s long-awaited time-bending title Quantum Break arrives on April 5, after various delays since its initial reveal during the launch of the Xbox One. The game aims to blend the mediums of gaming and television together, offering players segments of gameplay broken up by live-action episodes. It’ll be choice-influenced and is certainly a new direction, so we’re anxious to see how it comes across. You can hear Adam and Mikhail talk about their first impressions of Act 1 above. Buy from Amazon.

While some on Xbox One might already be stuck into Dark Souls III thanks to a Marketplace glitch, the rest of us will have to wait until April 12. Perhaps the most anticipated title on this list, Dark Souls III promises a new punishing frolic through the gothic kingdom of Lothric. Players can expect a smattering of new bosses, enemies and equipment as FromSoftware prepare to kick us while we’re down once again. You can hear myself and Adam discuss our thoughts on the game’s first few hours above. Buy from Amazon. Releasing April 22 on PC via Steam. Already out for PS Vita!

Oh what I would give to forget it all and be able to play Danganronpa again from the beginning. The second outing of the series, Goodbye Despair, is being released on PC next month following the release of the original in February. A hit with a number of YouTubers, Danganronpa 2 takes the series’ sadism to the next level with the new killing semester taking place on a tropical island  of all places. Monokuma still has plenty of tricks up his sleeve so if you were a fan of Trigger Happy Havoc, this a is a must-buy. Stoic’s sequel to their hit turn-based role playing title The Banner Saga is set for release on PC in April, following the original’s release all the way back in January 2014. The Banner Saga was recently ported to PS4 and Xbox One this past January, with the sequel to release on both consoles sometime in the coming months. I hope you’re ready to dig out your horned helmet and get back into that Viking groove. The Wii U calendar for 2016 is hardly filled with blockbusters the way that PlayStation’s and Xbox’s are, but that won’t stop Nintendo from giving the people what they want. Star Fox Zero is the first Star Fox game in almost ten years, and has certainly been highly anticipated since its reveal at E3 2014. Originally intended for a November 2015 release, the game was delayed until Q1 2016 and here we stand. A standalone tower defence game, Star Fox Guard, will be bundled with every copy of Star Fox Zero. Buy from Amazon. Time goes by so slowly. Four months time, to be precise.

The Odd Gentleman’s re-imagining of the classic King’s Quest series will see it’s third episode release on April 26, following a four month wait since the release of episode two. We should be grateful however, as it was an excruciating six month wait between the debut episode and it’s follow-up. The episode will heavily focus on romance, specifically the meeting of King Grahame and his future wife, Queen Valanice.

Currently an English, Journalism and Creative Writing student at the University of Strathclyde. Based in Glasgow, I spend most of my free time playing video games ranging from Japanese visual novels to horror games. You can contact me at greg@godsiageek.com!
MORE LIKE THIS
aprilDanganronpaDark Souls 3Kings Quest