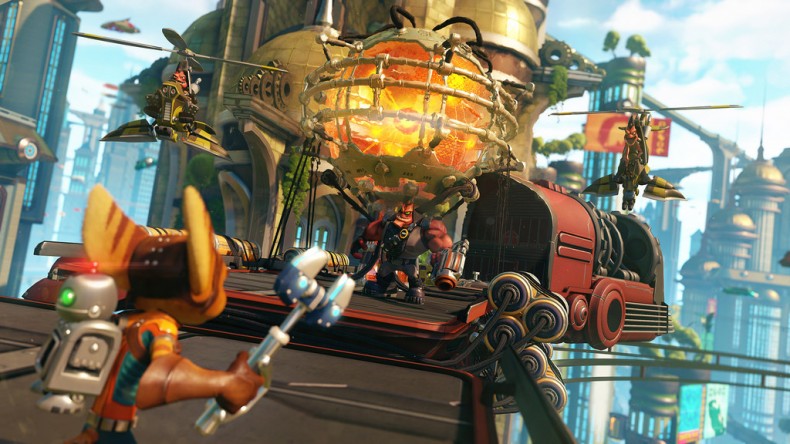 PlayStation have today announced that Ratchet & Clank will release on PS4 on April 20.

A blog post on their website broke the news. France will receive the game five days earlier than the rest of Europe, on April 15. Ratchet & Clank is a remake of the original game which was released on PlayStation 2 back in 2002.

It features modern Ratchet & Clank controls, new planets, new and improved gameplay, all-new boss fights, new flight sequences and much, much more. The game tells the story from the perspective of Captain Quark, to coincide with the major motion picture release of Ratchet & Clank later this year.

See the official box art below. Currently an English, Journalism and Creative Writing student at the University of Strathclyde. Based in Glasgow, I spend most of my free time playing video games ranging from Japanese visual novels to horror games. You can contact me at greg@godsiageek.com!
MORE LIKE THIS
aprilplaystationPS4Ratchet & Clank