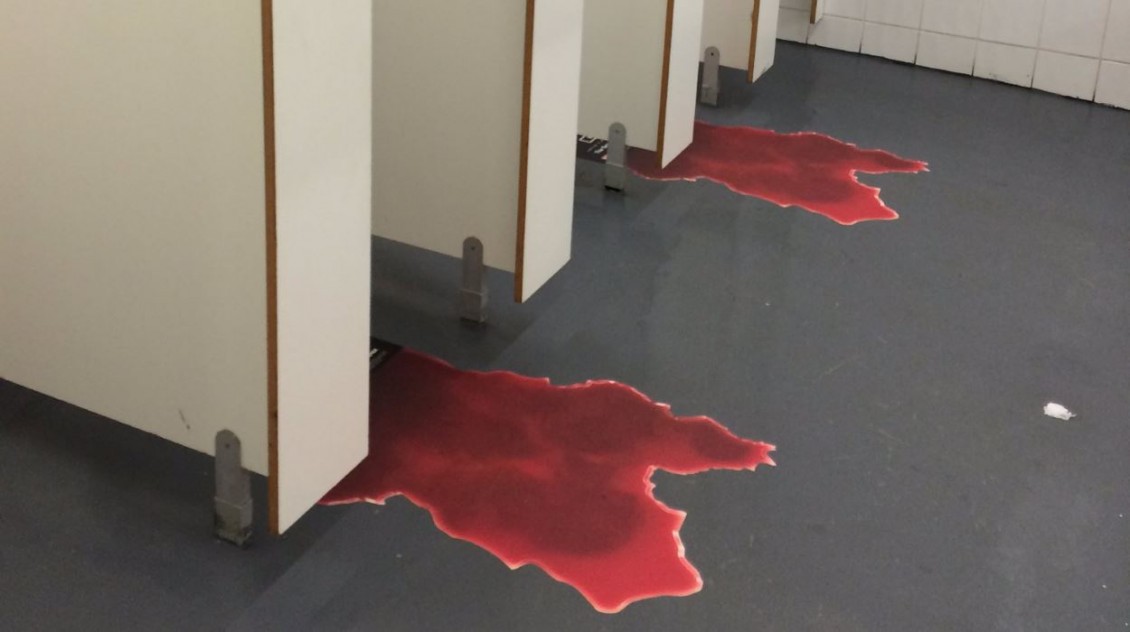 Square Enix have caused quite a bit of a stir today, after pictures of the new public Hitman advertisements were shared on social media. The publisher has tried to build hype for the first episode of Hitman launching tomorrow (March 11), by putting blood trails under the stalls of public toilets. When unsuspecting and frankly terrified members of the public creak open the stall door, they’ll see an advert describing details of the series premiere of Hitman.

Quite obviously an in-joke about Agent 47’s tendencies to stash dead bodies in toilet stalls, Square Enix’s attempts at humour haven’t been met with bemusement, with one Twitter user saying she “wasn’t sure what they were going for”.

There were no fainting episodes or frantic 999 calls — the blood trails were present in the female toilets at the PC Gamer Weekend, which ran in London between March 5-6. However, it’s highly unlikely that the advert will see a national rollout in public toilets across the nation. PR nightmare and so on.

The Hitman: Intro Pack launches tomorrow on PS4, Xbox One and Windows. See our review here.

Currently an English, Journalism and Creative Writing student at the University of Strathclyde. Based in Glasgow, I spend most of my free time playing video games ranging from Japanese visual novels to horror games. You can contact me at greg@godsiageek.com!
MORE LIKE THIS
AdvertHitmanPublicRelease

See the Promethean Weaponry from Halo 4 in New Video