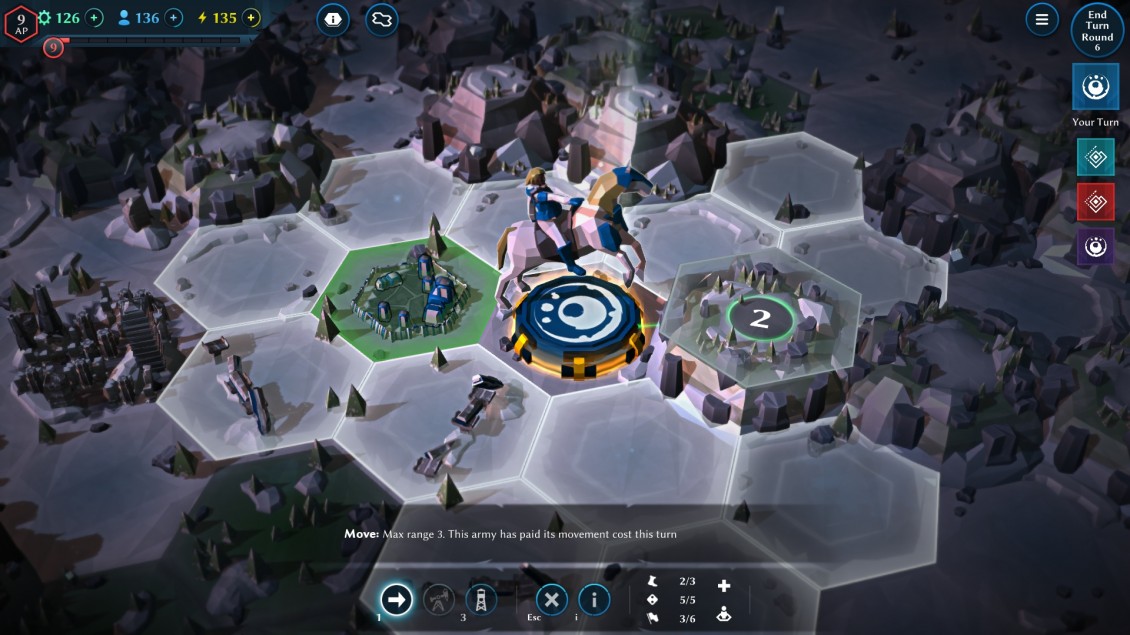 Last Days of Old Earth has a great deal of potential if only going on the gameplay alone. Although the features and modes in this early access title are somewhat limited, you’ll get to enjoy the procedurally generated skirmish mode, letting you enjoy a rich strategy game filled to the brim with combat choices. The game features many of the ideas you may have already seen in Hearthstone, Mordheim, and even Gwent, and the detail at your disposal is immense; don’t be surprised if you feel overwhelmed by the amount of information you need to take in at first.

The story revolves around two different pockets of civilisation: the Skywatchers Clan hunt for the last remaining rays of a dying sun, struggling to survive against an army of robot sentinels called the Automata. The premise is familiar and unoriginal, but it acts as a backdrop to what Last Days of Old Earth is really about: build an army, build hope and destroy the enemy HQ.

At the heart of Last Days of Old Earth is a turn-based strategy game, similar to traditional Warhammer board games, as well as including card decks full of infantry, tanks and mechs for you to use on the battlefield. These elements are particularly good when tailoring your armies to a specific skill set. You can deploy multiple armies onto the grid, with each army being led by a hero in your quest to wipe out the opposition. With each turn, you roll the dice and if you win the initial roll, you’ll be granted with four more additional action points than your opponent. You can buy what’s called initiative with the resources you find to improve your chances of winning the roll, but I found it didn’t always matter. Once you’ve either won or lost the roll, you’ll take it in turns to move around the map, looking for resources and fighting the enemy in battlefield scenarios that looks similar to other games like The Banner Saga.

On the battlefield, you’ll be able to move around the board, selecting your start point, taking it in turns to inflict damage on your opponent. There isn’t a lot of diversity in the tools for attack at the moment, but you will be able to choose your created armies in battle. Tanks provide support, and your infantry will inflict the damage, but it is up to you exactly how you go about it.

Unfortunately, there are a few issues that held back some of the enjoyment for me. The tutorial rushes you through the basics, throwing pearls of wisdom at you uncomfortably quickly. The fundamentals are consistent with many other turn-based games, but Last Days of Earth seems to take you for granted. If you are new to the genre, replaying the tutorial will be beneficial if you want to get the most out of it. Some of the text boxes remained open as I played through the skirmish, blocking off parts of the map and causing frustration when looking for a route into enemy territory. I’m sure these bugs will be ironed out when the game releases, but it is worth mentioning as it did bother me. The finished game will feature a full deck-building mode, stealth options, air combat and recon options on release, but the real promise will come in the form of a full, mission-based single player campaign, which promises to delve deeper into the history between the Skywatchers and the Automata.

I’m sure Last Days of Old Earth will be a well-rounded game when it’s finished, but at the moment there doesn’t seem quite enough to do. The skirmishes may be different every time round, but they didn’t seem massively different from one to the next and I was never really tested as far as the combat went. It will be interesting to see how Auroch Digital will incorporate all of the promised features and iron out all of the teething problems, but even at this early stage it’s definitely worth giving this one a go.

Video games are cool. Don't let anybody tell you any different.
MORE LIKE THIS
Auroch DigitalLast Days of Old Earth

Last Days of Old Earth leaves Early Access, is now V1.0
Evil West | 6 Tips to get you started
Pokemon Scarlet and Violet Legendaries | How to find and unlock Legendary Pokemon
The Devil in Me | How to keep everyone alive
The Devil in Me | How to kill everyone
Escape Academy: Escape from Anti-Escape Island Complete Walkthrough
Escape Academy Take to the Skies Walkthrough
Social Media
SUBSCRIBE
All content copyright GodisaGeek.com
Fonts by Google Fonts. Icons by Fontello. Full Credits here »
Posting....