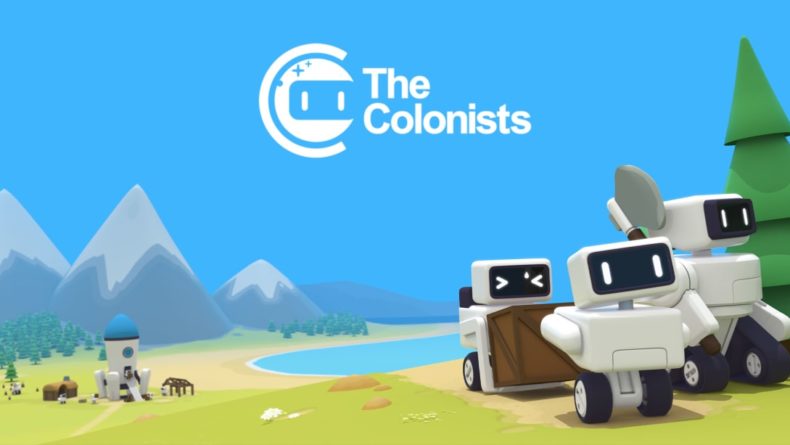 ,In October of 2019, I wrote my second ever video game review for Megaquarium. I was blown away by how impressive the console port of this tycoon game played, and have had hours of fun playing it even recently. When I found out that another Auroch Digital game was coming to consoles this month in the form of The Colonists, I was fully on board.

In the not too distant future, mankind has come a long way in its knowledge of robotics. New intelligent, printable robots have been developed, and are capable of simulating human needs. When faced with a life of robot slavery, a group of robots realise their only chance at a happy life is on a distant planet away from Earth. After commandeering a rocket these electronic buddies set off on journey to create their own civilisation.

The Colonists review: Strategy and automation

The Colonists is a classic settlement building game, and shares a lot of its DNA with the Anno series. In each stage you’ll be given a task that involves you growing your civilisation to a certain level, and will need to get the supplies and upgrades to make it happen. Unlike a lot of strategy games, your robots are all automated which means you get to focus on how and where to expand. 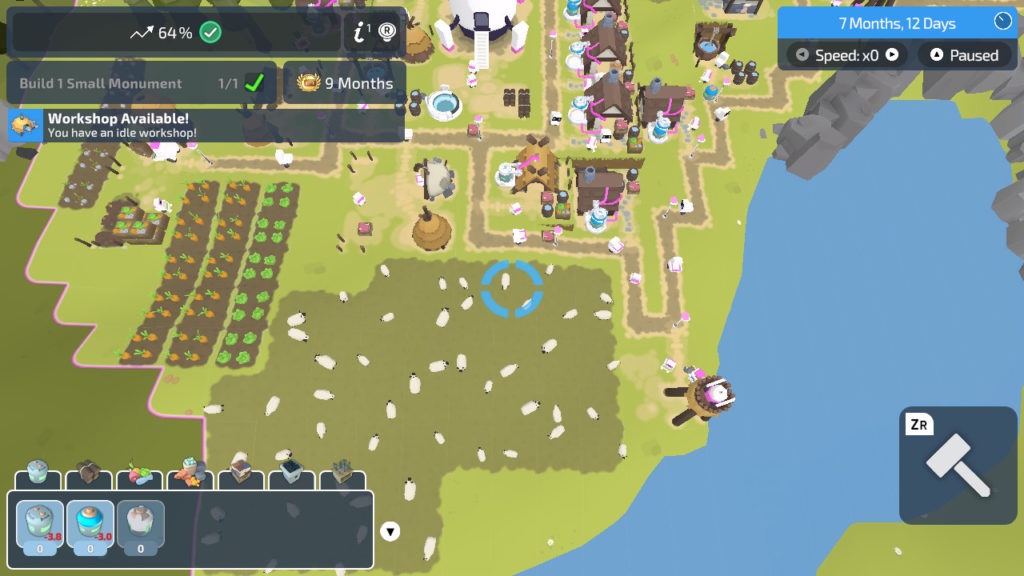 You’ll start off needing wood to build things, food and water to satiate your bots, and energy provided by your units. Some of these resources are renewable (like your sheep farm and your veggies) but others like the wood need more careful planning to sustain. Offsetting deforestation is as simple as building a Forestry Hut that plants trees as you chop them, but these are the details that will cause your settlement’s progress to grind to a halt if you miss them.

Things get understandably more complex as you develop a more impressive civilisation. To get higher levels of energy you’ll need upgraded houses, and bots in upgraded houses won’t give you the energy unless they get luxury bevages (turns out these robots have a taste for freshly squeezed apple juice). Eventually you’ll be making books, bread and all manner of deluxe items to create a truly civilised robot city. 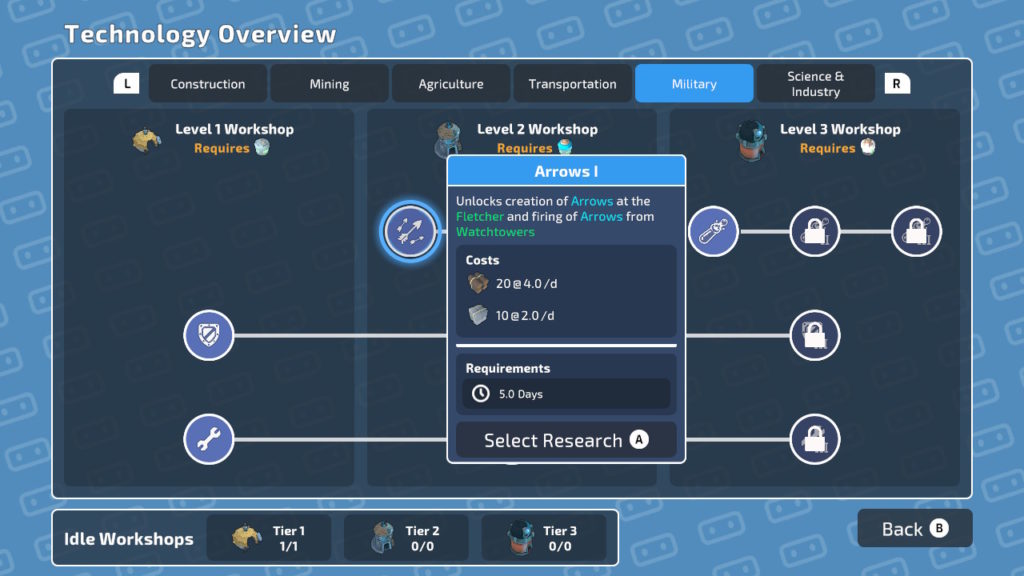 To progress your people to the upper echelon of society, you’ll need to do a lot of upgrading. The upgrade tree at your research lab unlocks new buildings, as well as providing buffs like build speed and more resources gathered. Balancing how much you want to focus on research or city building is important, especially if you want to win medals for advancing your electronic pals within a certain time frame.

Seeing your adorable little robots going about their job is incredibly endearing. Farmbots will spend all their time watering and harvesting crops, Lumberbots swing their axes wrecklessly, and Carrybots pass items up and down your roads. In a game where so much is automated, is just makes sense that robots are the ones following the rules to make their town a better place. 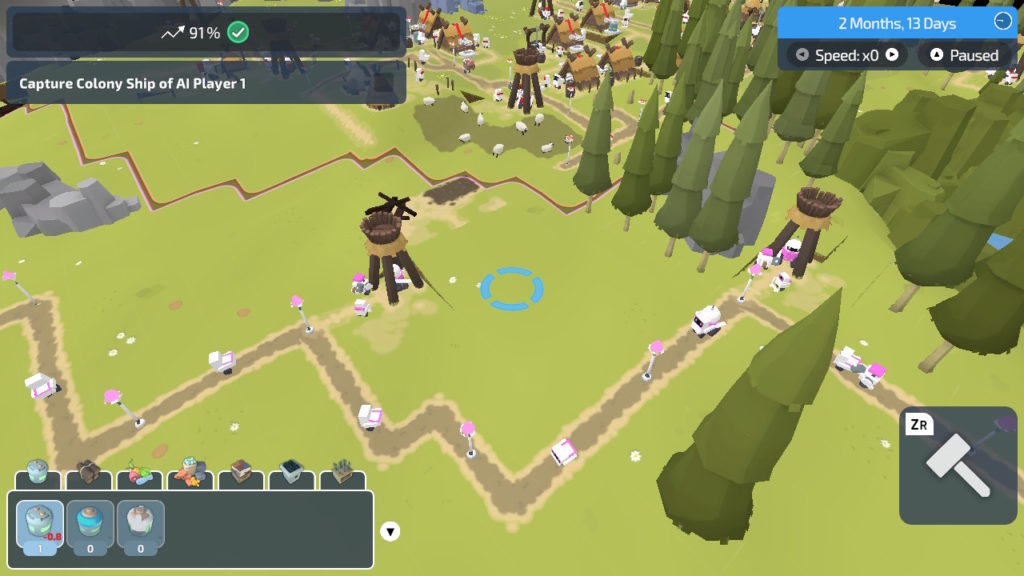 This may all sound charming, but it isn’t all peaceful in the world of The Colonists. Some stages feature other settlements aiming to thrive on the planet you’re on, and the only way to ensure your survival is to defeat them. Combat is based on placing watchtowers to destroy you’re opponent’s towers and leave them defenseless, with upgrades to add arrows or cannons to your aggressive buildings. Honestly I had a much better time on the stages without the threat of an enemy, but the level select branches into two paths so you can ignore these stages entirely if you desire.

Although I really enjoyed my time with The Colonists, there were a few aspects of the game that didn’t gel with me. The most noticeable of these was the simple act of building a path. For some reason paths cannot be made shorter than 4 squares long, and if you don’t plan ahead where you’re going to build you won’t be able to fit paths to join your structures together. I understand that this was designed to make you think a few steps ahead, but I just found it irritating.

The Colonists is a great, slower paced strategy game that suits consoles (the Switch especially) so well. Watching your town of charming bots go about their jobs is really satisfying, and building up the perfect settlement is truly compelling. If you can get past the underwhelming combat levels (or just ignore them entirely) you’ll find a great city builder with a lot of heart here.

Packed full of charming robots and thoughtful gameplay, The Colonists is a great city builder that controls great on console.