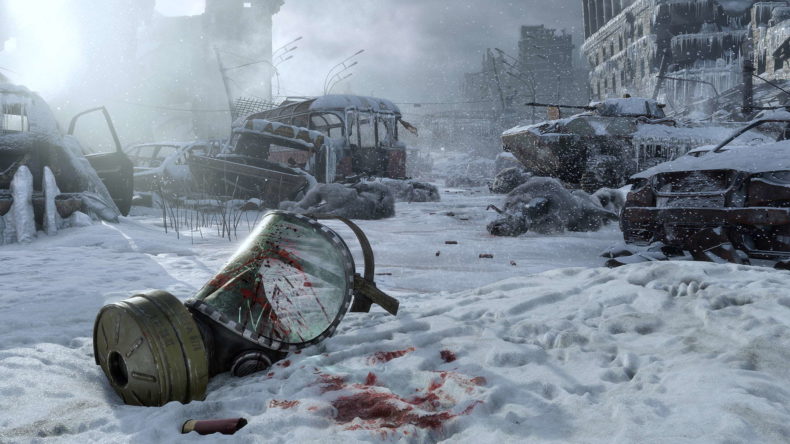 Metro Exodus PC Enhanced Edition is one of those games that makes me worry there’s such a thing as “too cinematic”. A lot of the cooler stuff that happens to protagonist Artyom – such as narrowly surviving a fall to his death or almost being eaten alive by a huge mutated fish – happens in scripted cutscenes. Likewise, much of the exposition is delivered by other characters outright saying it. Artyom being mute doesn’t help the situation either, rendering him and you as an inert bystander until it’s time to risk death and injury again.

As with previous entries in the series, no one else really seems to do much. Well except Anna, Artyom’s wife, who tags along with you a fair bit in Metro Exodus. See, unlike before, you’re not merely confined to the dank sewers and endless dark of the Metro itself. By the end of the first hour, you’re under the sun, on a huge speeding train called the Aurora. You then travel across Russia with Anna, her father, and a ragtag group of Spartans, looking for other settlements that have been kept secret for decades.

Of course, this being Metro, the world is still a ravaged wasteland full of prowling mutant beasts and savage bandits. Except now it looks even more grimly beautiful than ever thanks to the visual improvements to the enhanced edition. Specifically, 4A Games have done incredible work with the ray tracing – so much so that this isn’t just a patch to improve the visual fidelity. Metro Exodus PC Enhanced Edition requires a whole new download (free, if you already own it), and you’ll need a PC capable of ray tracing to fully enjoy it. 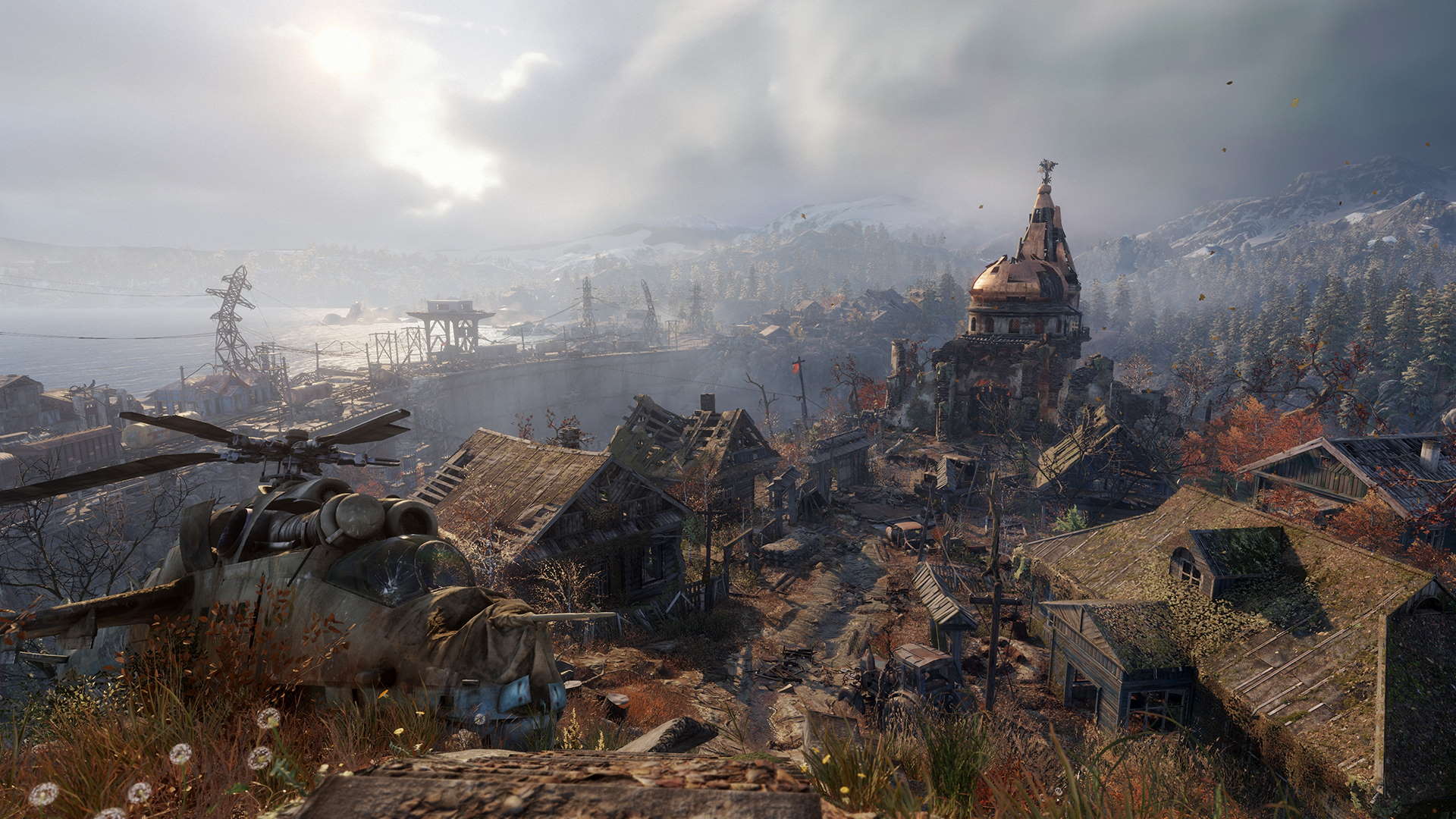 I won’t pretend it’s like a whole new game, but the difference between versions is noticeable from the off. Much of the early part of the game is spent traversing wintry countryside where the light explodes through trees and glints off the snow, or rowing along a wide river that sparkles in the sunshine. The environments are beautifully detailed, and the only thing that really lets it down is the iffy lip-synching. Fire flickers in braziers, or else light spews from grimy bulbs, and shadows are as much a tool as your guns during sections where you can choose to employ stealth.

There’s a certain level of morality to the action, too, as you’re often given the option of whether to spare an enemy or kill them. At times they’ll even throw up their hands and actively surrender to the mute madman who’s slaughtered half their village. Although even then you can choose violence if you’ve had a particularly shitty day.

As this is also a complete edition, Metro Exodus PC Enhanced Edition comes with the two DLC’s included. Both bring a fair amount of extra story to the package, and feature new playable characters and weapons. The first, The Two Colonels, follows the exploits of Colonel Khlebnikov as told by his son Kirill. It’s a bit of a disjointed story, time-hopping around the events of Metro Last Light and Exodus. The second is more enjoyable, following former US Marine Sam after the end of Metro Exodus. Sam is a likeable protagonist and the story of his struggle to return to the States makes for a slightly more emotional and involving plot. 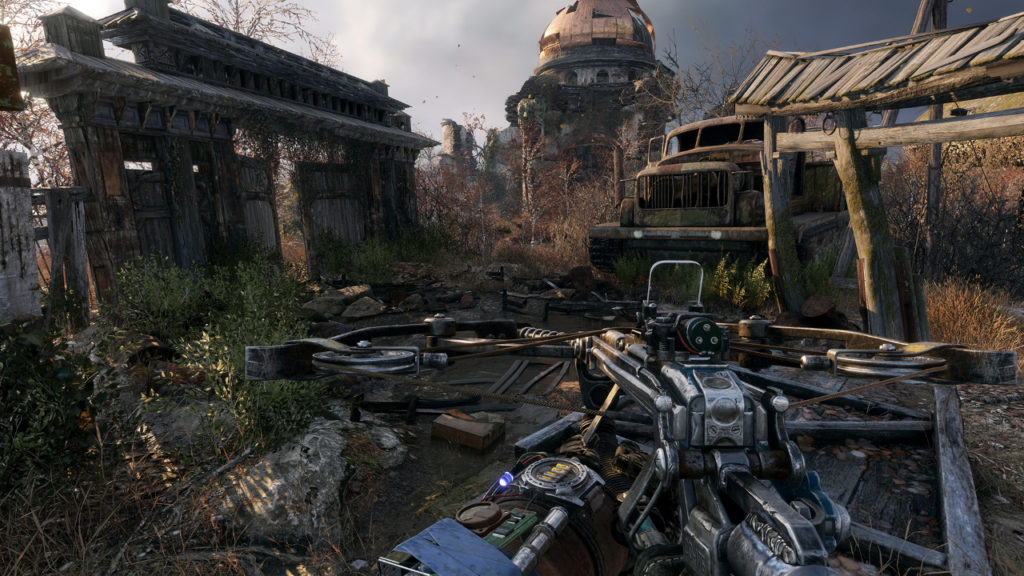 Although the DLCs are separate stories, they add a good deal of playtime to the overall story. This is especially apparent given Exodus’ semi-open world structure. You’ll spend time travelling from hub to hub in the Aurora before journeying forth and gathering crafting supplies, weapons, ammo and various other items to help keep you and your little group alive. The story gets as emotional as possible with a mute protagonist, as you face down packs of mutants, religious fanatics, disease and the elements (though there’s substantially less time spent changing breathing filters and wiping your visor clean).

From Russia, with love

Ultimately, how excited you get about Metro: Exodus Enhanced Edition depends how excited you get about ray tracing and advanced reflection technology. The RT Emissive lighting tech is the same as it was in The Two Colonels DLC, so if you played that on PC and remember being wowed you’re in for a similar treat here. And honestly, it does look pretty spectacular in motion. It clips along smoothly at 60 fps and even with the settings dialled up to Ultra I had no trouble running it with my PC’s RTX 2060 Super.

If you haven’t gotten around to playing Metro: Exodus yet then this is absolutely the way to play it (though the same version is heading to the Xbox Series X and PlayStation 5 later in the year), and presents the original game in all its glory. If you’re put off first person shooters by an abundance of dialogue, resource gathering and survival faffing, this version won’t change your mind. However, if you want a shooter that’s a little slower paced and relies heavily on its environment and world to tell a story, Metro Exodus PC Enhanced Edition is well worth your time.

Still a bit plodding
Lip-synching is off

Metro Exodus PC Enhanced Edition presents the original game along with all the DLC and greatly enhanced ray tracing technology.