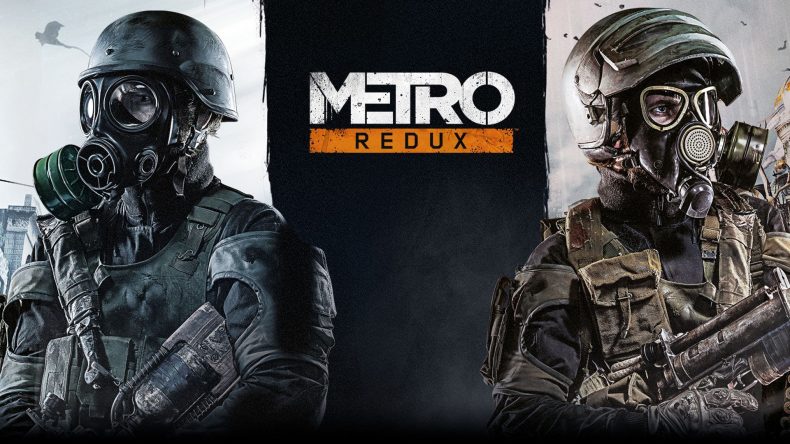 Switch Re:port covers the Nintendo Switch port/version of a game newly released on the platform. Metro Redux was originally released on PS4 and Xbox One in August 2014 and scored 8/10.

Back in 2010, Ukrainian developer 4A Games impressed FPS fans with something a little different. Set in the dark tunnels of Moscow’s subway system, Metro 2033 blended FPS and survival horror to create an incredibly tense game. The game was lacking a little polish, but those who could get past that enjoyed a unique experience in its post apocalyptic world. Ten years, two sequels and two remakes later, the polish is no longer an issue and the series is more accessible to new fans than ever. Now, for the first time, the first two games can be played portably as 4A Games themselves have ported Metro Redux to the Switch.

As ever, you play the role of Artyom – a citizen of one of the many Metro stations, thrust into adventure through circumstances beyond his control. In the dystopian world, the guns are unreliable and the enemies are plentiful. Be it facing marauding humans or towering mutants, ammo must be conserved as it’s in short supply in the tunnels of Metro. Even ten years later, both 2033 and Last Light have some very unique mechanics that you just don’t see in other series. The much more powerful military grade bullets are so valuable, that they work as the games’ currency, so knowing when to be frugal with them is key. Going up to the surface requires you to wear a gas mask, and the filters must be manually changed to avoid breathing in the radioactive air of the outdoor areas. With all of the dangers that the savage world contains, you’ll need to use all of your shooting, stealth, and money management skills to survive the linear levels of the game.

It’s important to mention that these Switch ports are of the Redux versions of 2033 and Last Light that released on PS4 and Xbox One in 2014. This means that both games have a few selectable difficulty options for those who want more ammo or more challenge, as well as some visual, AI, and quality of life improvements.

4A games have done an incredible job with the port of these games for the Switch. In both docked and handheld mode, the FPS is locked at 30 with practically no framerate dips in even the most hectic areas. You can tell the textures are not quite on par with the other versions of the games, but especially in handheld mode it’s not something that I regularly noticed. My only issue with the game in handheld though, is how dark everything is. The tunnels of Moscow are hardly the most well lit places, but even cranking the system brightness to full it wasn’t ideal to play in a well lit area.

The Metro games brought me just as much tense enjoyment now, as they did on release. Sneaking past armed guards while tucked up in bed on a quiet night, is absolutely the best way to play these games. If you can get past the lighting issues, you’ll find a lot of fresh mechanics to love in the tunnels of Moscow.

Not bright enough in handheld

A very impressive port of two games that still feel different 10 years later. The lighting is a problem in handheld mode, but in an indoor setting it's a great way to play the series.