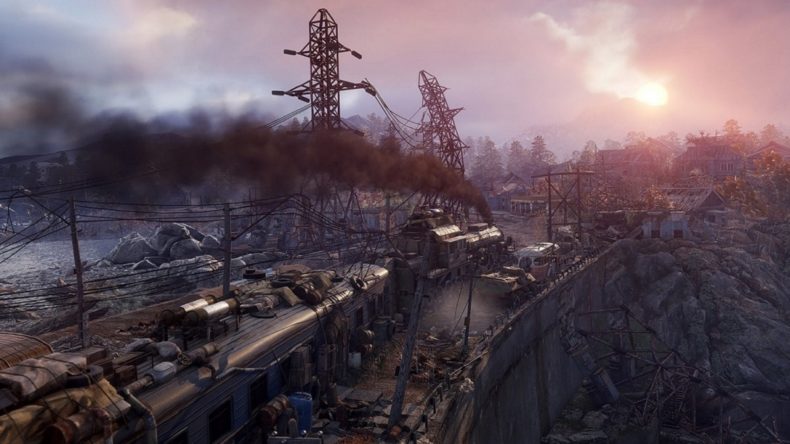 The Metro Exodus PS5 release is a shining example of how new technology can change a game from another era. It was far from a bad game when it came out in early 2019, especially when it came to the presentation. It’s been only a month since the Enhanced Edition came out on PC, and the changes in that version were clear. On PS5, the ray tracing is wonderful. Running at 4K and 60fps, Artyom’s struggle looks gorgeous.

The detail and polish has been cranked up a notch. The miserable underbelly of a devastated Russia has some cracking visuals. The metro never looked particularly nice because it’s not supposed to. However, with the power of the console, it appears like it never has before. Above ground, the broken down buildings and fallen cities all covered in snow look stunning. It shouldn’t be something to find beautiful, but with the new technology, it’s hard not to appreciate the fascinating world 4A Games has built. 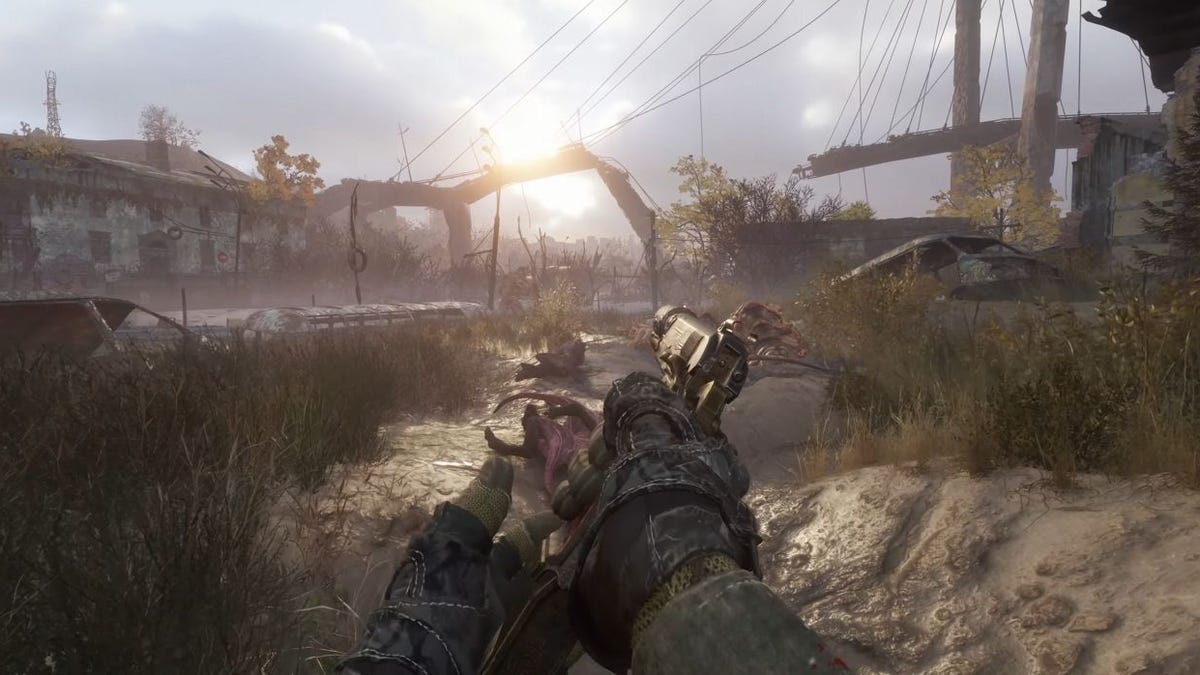 The ray tracing harnesses the light exceptionally well. The light that reflects of your gun, or an explosion’s glare all improve upon the claustrophobic and immersive experience. Small details to the change in reflections as you move prove that Metro Exodus was meant to be played on next-gen consoles.

Whilst the actual story or gameplay hasn’t changed, the addition of DualSense support is instantly noticeable. Guns feel weighty when you fire them. The clunk of a shotgun shell firing out of the barrel feels differently to the rapid speed of an automatic rifle. The tension whilst pressing the trigger is varied depending on the weapon, and it feeds into your own anxiety. Mutants are lurking around every corner, and the added sense of realism puts you more on edge than playing the original. 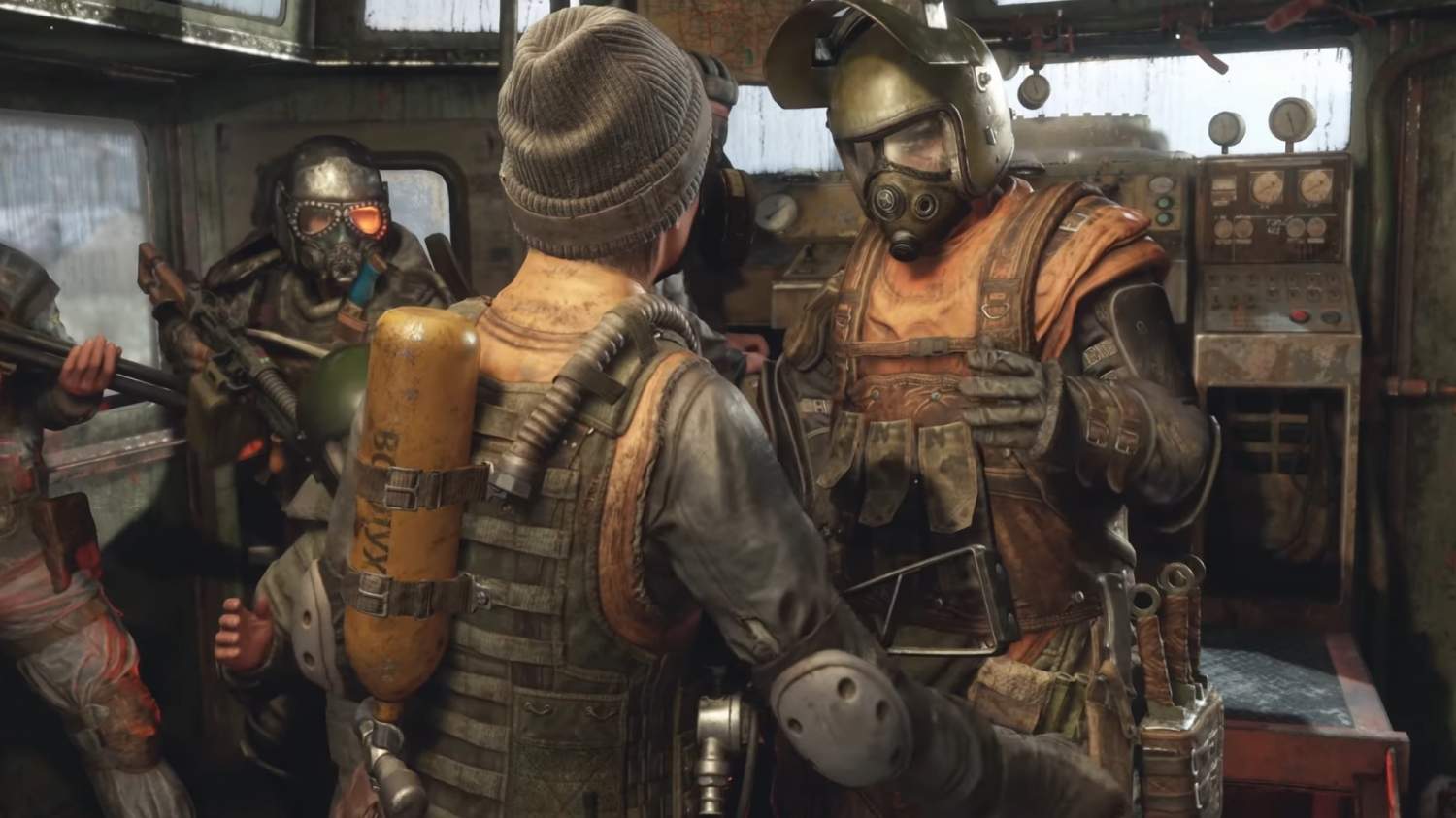 Not only does the DualSense feel good when you’re shooting. Walking across the wastelands take into account the terrain. On snow, the vibrations are softer. Running through a building makes the haptic feedback reverberate a little harder. There’re many games that haven’t quite mastered this new technology, but it feels as though 4A Games has nailed it. I can’t wait to see where they go next.

If this is your first time playing, you’re in for a treat. Metro Exodus features a great story. It’s not as fast-paced as other first-person shooters, but that’s why it works. Artyom and Anna’s story takes them to various areas across Russia, and watching them fight the odds is great. There’re times when you’re constricted to linear areas, but you do get the opportunity to explore a little. Metro Exodus encapsulates the fear of survival in a post-apocalyptic world ravaged by nuclear war.

Metro Exodus on PS5 is the ultimate version to play. The visuals are better than ever, and the DualSense implementation is remarkable. Both DLCs are included, so even if you played the original but never got a chance to continue the story, they’re included. It might not be everyone’s cup of tea, but I strongly suggest playing it now. As long as you’re not put off by the threat of being attacked by freaky-looking mutants, you’ll be fine.

Metro Exodus on PS5 is the ultimate version to play. The visuals are better than ever, and the DualSense implementation is remarkable.