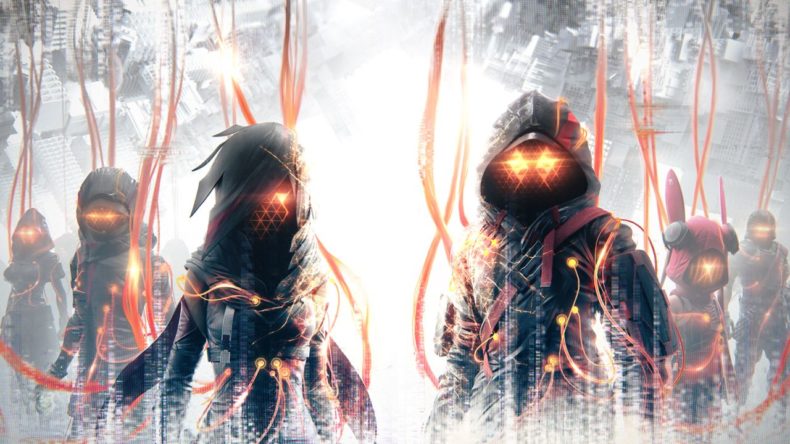 In a lot of ARPGs, you’re given the mechanics fairly early on, then left to your own devices. New mechanics might be thrown in towards the end, but they often feel tagged on or arbitrary. Scarlet Nexus is an intricate web of narrative and gameplay, where the shear opportunities in combat feel endless. While there is a hell of a lot to remember, it’s easy to master. In the final third of it, you feel like Neo from The Matrix, an Omega-level mutant, and even a God.

I’d normally give a brief overview of the story before I dive into the bread and butter, but it’s more important to whet your appetite with the main course first. The combat in Scarlet Nexus is the best I’ve seen in years. Better than Nier Automata, Astral Chain, and God of War. Well, maybe not God of War, but it is fucking fantastic. There’re so many moving parts, and with every hour that passes, something new is learnt. Even now I’m thinking about jumping right back in and spanking a gang of Others (the monsters of the game) with my psychokinesis, whilst manipulating time, teleporting, and using the art of clairvoyance.

Scarlet Nexus: using the power of the mind

Scarlet Nexus offers two playthroughs. Yuito and Kasane are the main protagonists, and you can experience both their stories if you like. Each has the power of psychokinesis. Both have light and heavy attacks, but they also have the ability to launch surrounding items through the air. Be it a truck, statue, oil drum, or a huge icicle, there’s plenty to send crashing into enemies. By mixing Yuito’s sword attacks or Kasane’s floating stars, objects can be thrown either after or before. This little flurry can do a fair bit of damage, and it’s only the start. 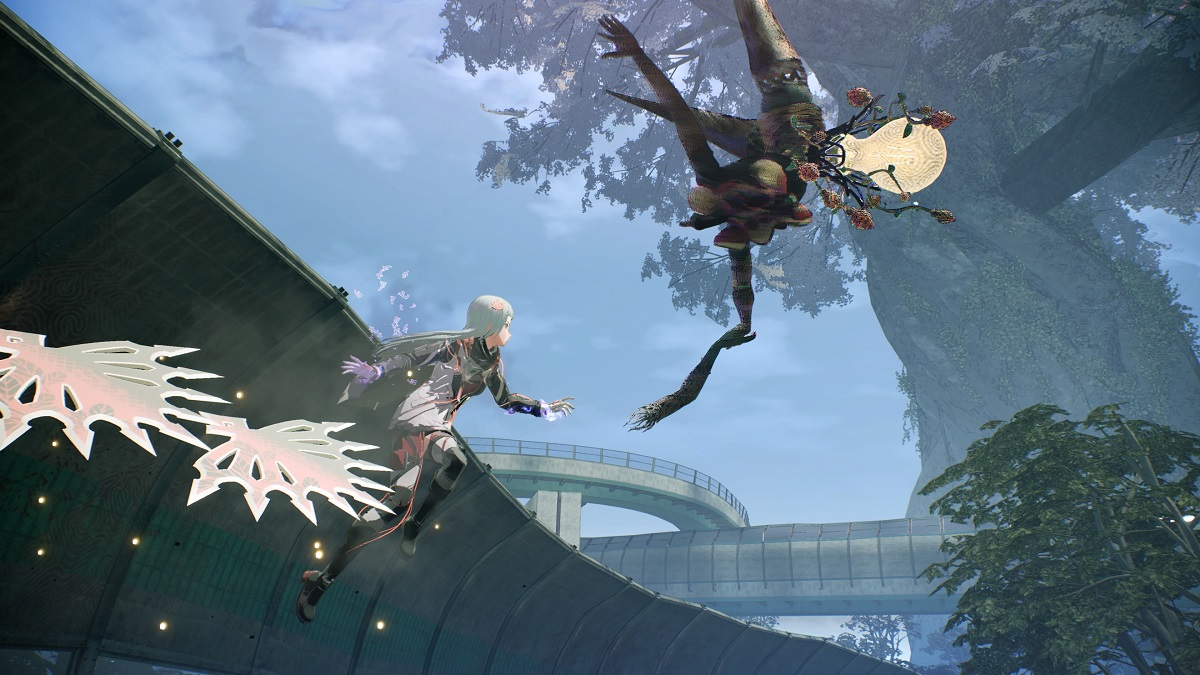 As the story unfolds, you’re introduced to your teammates. Each one has a special psionic ability that can be used by you in battle. Connecting minds through something known as SAS, you borrow an ability for a short while. Some Others are susceptible to fire or electricity damage, whilst others are invisible. Each Other has a weak spot, so mixing these abilities is necessary if you want to take everyone down. For example, Gemma can harden his skin to reduce damage; Hanabi uses fire and Shiden uses electricity; Arashi can slow down time; and Kyoka can duplicate herself to do up to three times the damage.

There are times when all eight abilities are available at once. It’s unadulterated chaos. You feel like a kite in a hurricane, with the string tied firmly around your wrist. You can call upon an ally and initiate Combo Vision, where a party member attacks an enemy and deals some much needed damage. Then there’s Assault Vision: a two-button prompt that materialises on-screen where they’ll do a longer, more focused amount of damage. There’s other small additions to the combat that I haven’t even mentioned, and it all comes together to create something addictive and alluring.

With so many abilities to get to grips with, even more mechanics are given to you, and you’ll use every one of them. Brain Crush is perhaps the most useful. Each enemy has a Crush gauge. Once it depletes through damage dealt, the opportunity to use Brain Crush appears. By pressing the left trigger, you’ll rip their energy source (that looks just like a lightbulb) from their body in a sexy and short cutscene. 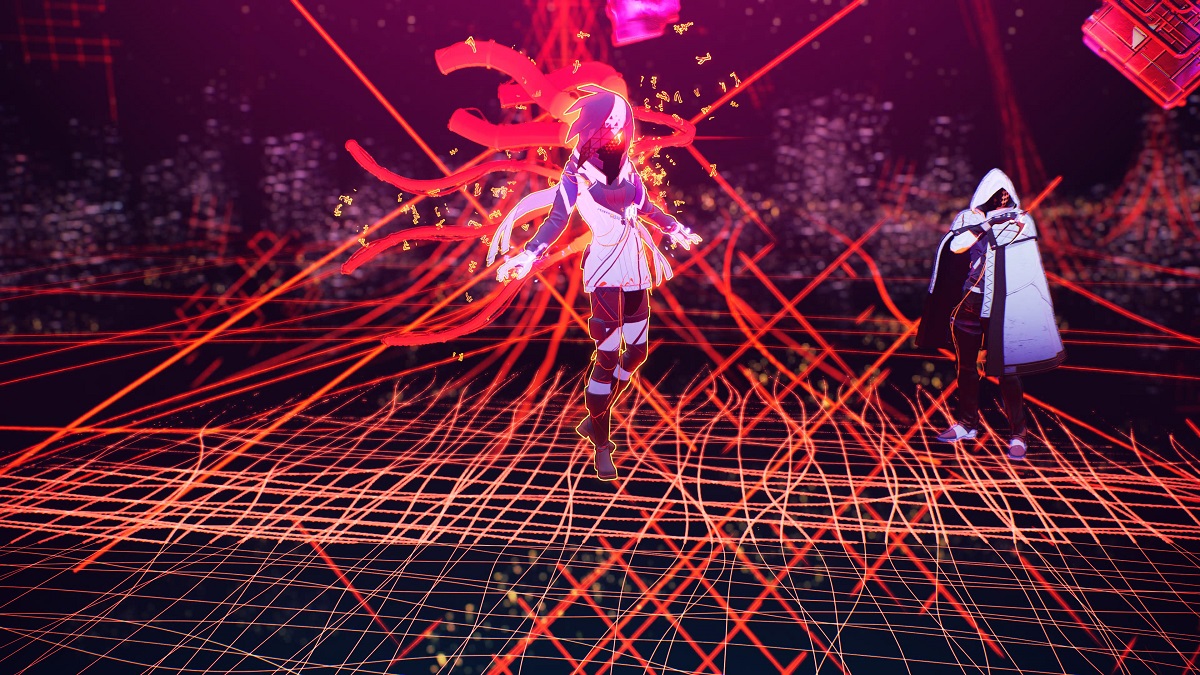 As you do more damage throughout the various levels, your Brain Drive activates. This gives you a temporary supply of buffs like reduced effect on your psychokinesis gauge and added attack power. Then there’s the hallucinogenic mind fuck that is Brain Field. After you gradually defeat enemies, the option to press both analogue sticks at the same time will pop up at the bottom of your screen. Press them and you enter a state of focus, where everything goes neon and a completely new level of combat opens up.

Scarlet Nexus: The power of friendship

If you hadn’t already noticed, there’s a real emphasis on the word ‘brain.’ In your downtime, Kasane and Yuito receive Brain Messages from other characters. Sometimes they just build on the story, but they can also offer opportunities to build your bond with the sender. After every mission, you return to your Hideout for something known as the Standby Phase. During this time, you can chat with your party members and complete Bond Episodes. 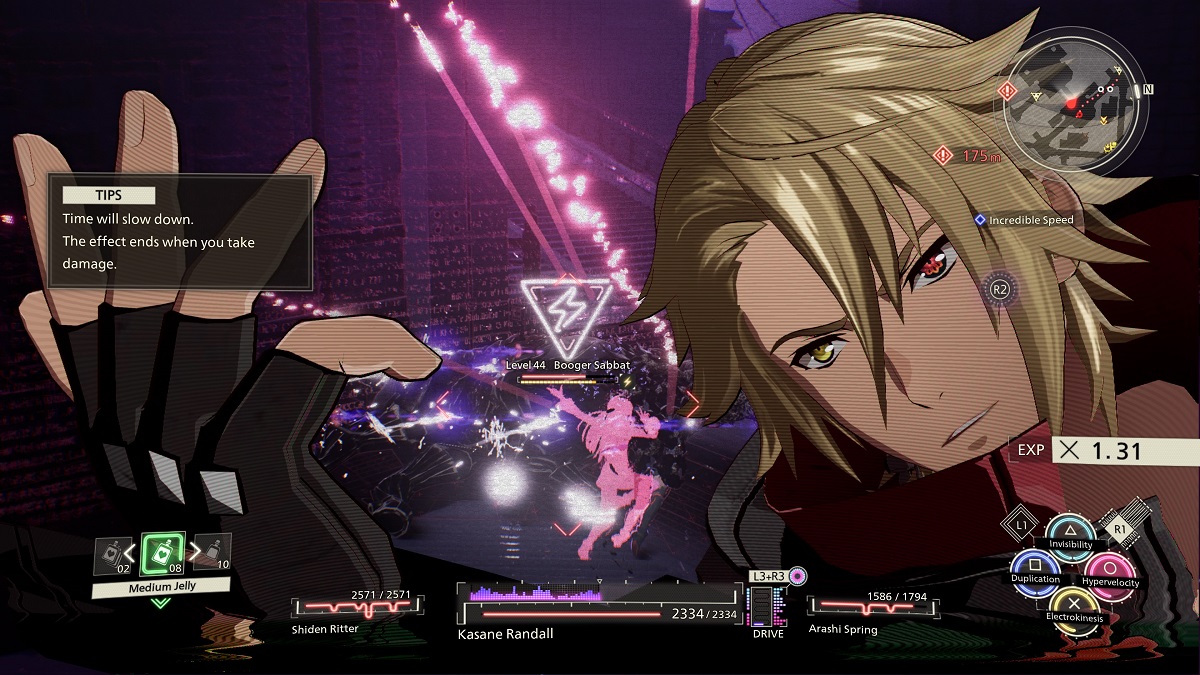 These help to make friendships blossom, but they also improve your bond with characters in combat. At different levels, the ability to use Combo Vision becomes available, as well as additional time using friend’s abilities. They often take place in a visual novel style setting, but sometimes you might be required to go hunting Monsters or find a particular item. Gifts can also be purchased from the shop to improve bonds. These range from Baki bears, old PCs, and candles. Each present will mean more to one person than another, so knowing who will appreciate something more is important.

The shop is a fantastic place to buy new pieces of equipment and presents for party members, but there’s so much more you can do. Throughout Scarlet Nexus, Others drop intel and location information is scattered around. These can be Exchanged for everything in the shop. It fundamentally means if you’re short on money, there’s another way to acquire the things you need. Outfits can be enhanced with visual gear like bunny ears, visors, and gas masks. They don’t add any buffs, but hey, they look pretty cool. Plug-ins attach to party members to provide a persistent buff, with three slots eventually opening up if you want them to.

In order to survive against the hordes of monsters, the Brain Map is a skill tree where abilities can be purchased every time you level up. There are three branches available at first, with two more opening up later down the line. I found I levelled up pretty fast and acquired plenty of additional bonuses and buffs. However, when you reach the tips of some of the branches, the effects are game-changing. A hell of a lot of thought has gone into improving every character in Scarlet Nexus, and as for Yuito and Kasane, you’ll be more than equipped when the game reaches its insane climax.

Scarlet Nexus: A story with many threads

For a story that focuses on time travel and an impending apocalypse, there’s a definite focus on the power of friendship. There’s a lot of dialogue throughout Scarlet Nexus, but it does a fantastic job of making you care for every character. Your steps from being a rookie in the OSF to literally saving the word are fastidiously crafted through cutscenes and artistic panels. There are moments where the story took some dark turns, but there was also a lot of humour. 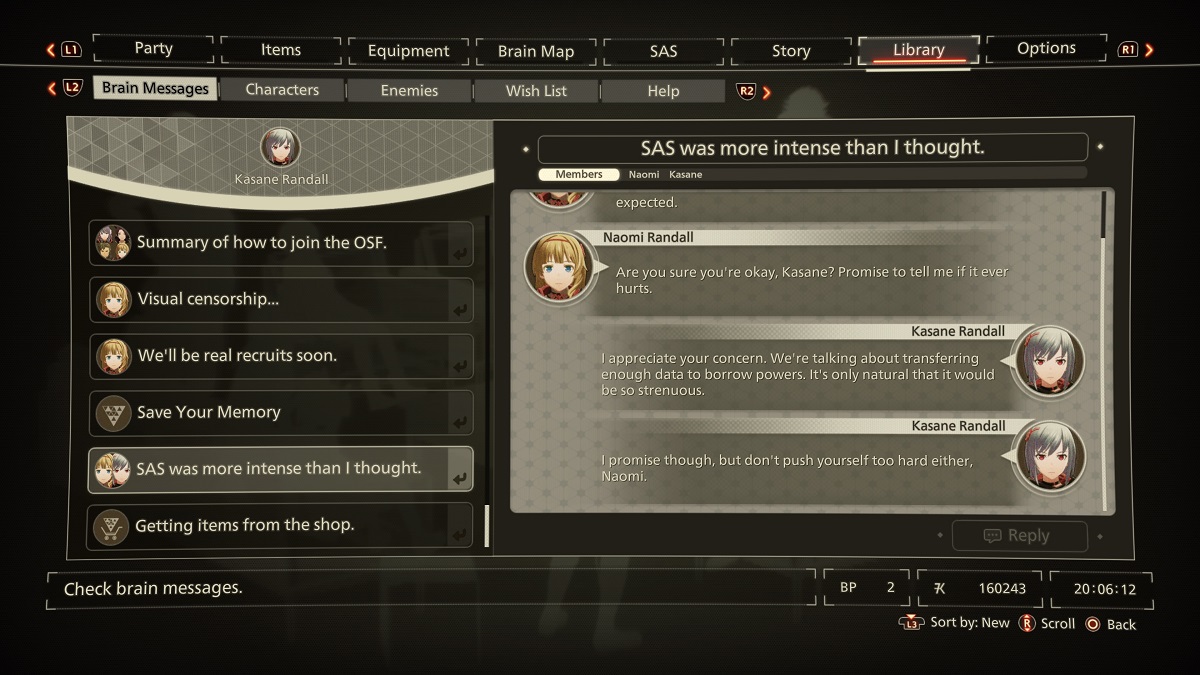 It literally has everything. There are some major twists, huge set pieces, and more moral turns than Loki’s journey in the MCU. As the end approaches, the story starts to lose its way, but it manages to pull you right back in for the payoff. You learn about where the Others come from, what that huge red ball is in the sky, and who you can really trust. Whatever you make of the narrative, it’s impossible to deny it is a fascinating science fiction chronicle.

Scarlet Nexus has some of the finest combat I’ve ever had the pleasure of experiencing. It never gets old, with new mechanics added throughout. Your party is your family. You’ll care greatly for each person, and even if some of the Bond Episodes start to feel a bit repetitive, the overall journey is enjoyable. It’s such a gorgeous game, with hints of Blade Runner scattered throughout. Magnificent gameplay, a deep story with plenty of threads, warming characters, and a satisfying end that climaxes in one of the most intense boss battles I’ve ever seen. Scarlet Nexus really is the complete package.

Scarlet Nexus has phenomenal combat that stands tall above many other ARPGs, with a deep story and some gorgeous visuals.