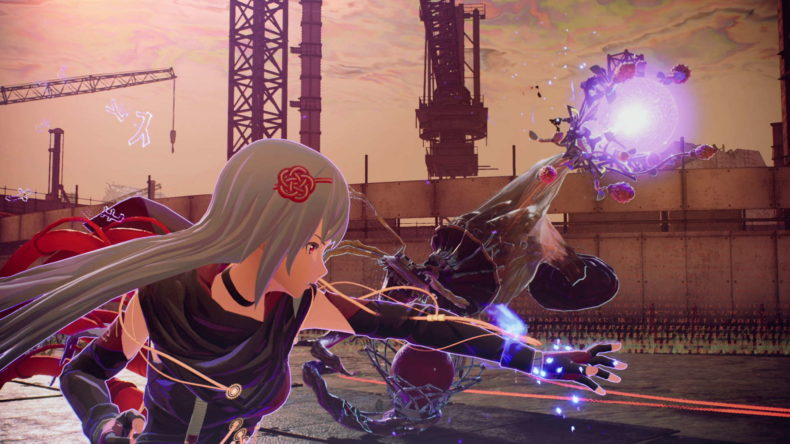 More often than not, the defining factor in an ARPG that makes it stand out is its combat. Nier Automata, Devil May Cry, Darksiders, Dark Souls. There are tons out there that all offer a different take on the genre. Scarlet Nexus is an upcoming ARPG from Bandai Namco, and after spending a fair amount of time with it, the combat is yet another example of how to make encounters with the enemy a thrill every step of the way. It features an original concept with inspiration straight from the likes of Akira. It oozes style, but has plenty of substance to keep players engaged.

Scarlet Nexus takes place in the future, where a psionic hormone has been discovered in the human brain. This hormone has given people the ability to use their minds in ways they never imagined. With the arrival of some pretty messed up mutants from outer space known as Others, those with these abilities are being scouted and recruited to join the Other Suppression Force. There’re two stories to play through featuring two new members of OSF: Yuito Sumeragi and Kasane Randall. Yuito is a raw talent with a powerful family, and Kasane is a mysterious recruit with great power.

Although I only played through the first few chapters, the story and its presentation were impeccable. Dialogue between characters plays out in a visual novel style, where you get a good idea about each character’s personalities. Yuito seems like a decent guy, and his best friend Nagi reminded me a lot of Ryuji from Persona 5. Kasane can come across quite cold, but her heart is in the right place. The supporting characters are also fleshed out, such as Yuito’s childhood friend Hanabi, and the confident and smooth talking Kagero. 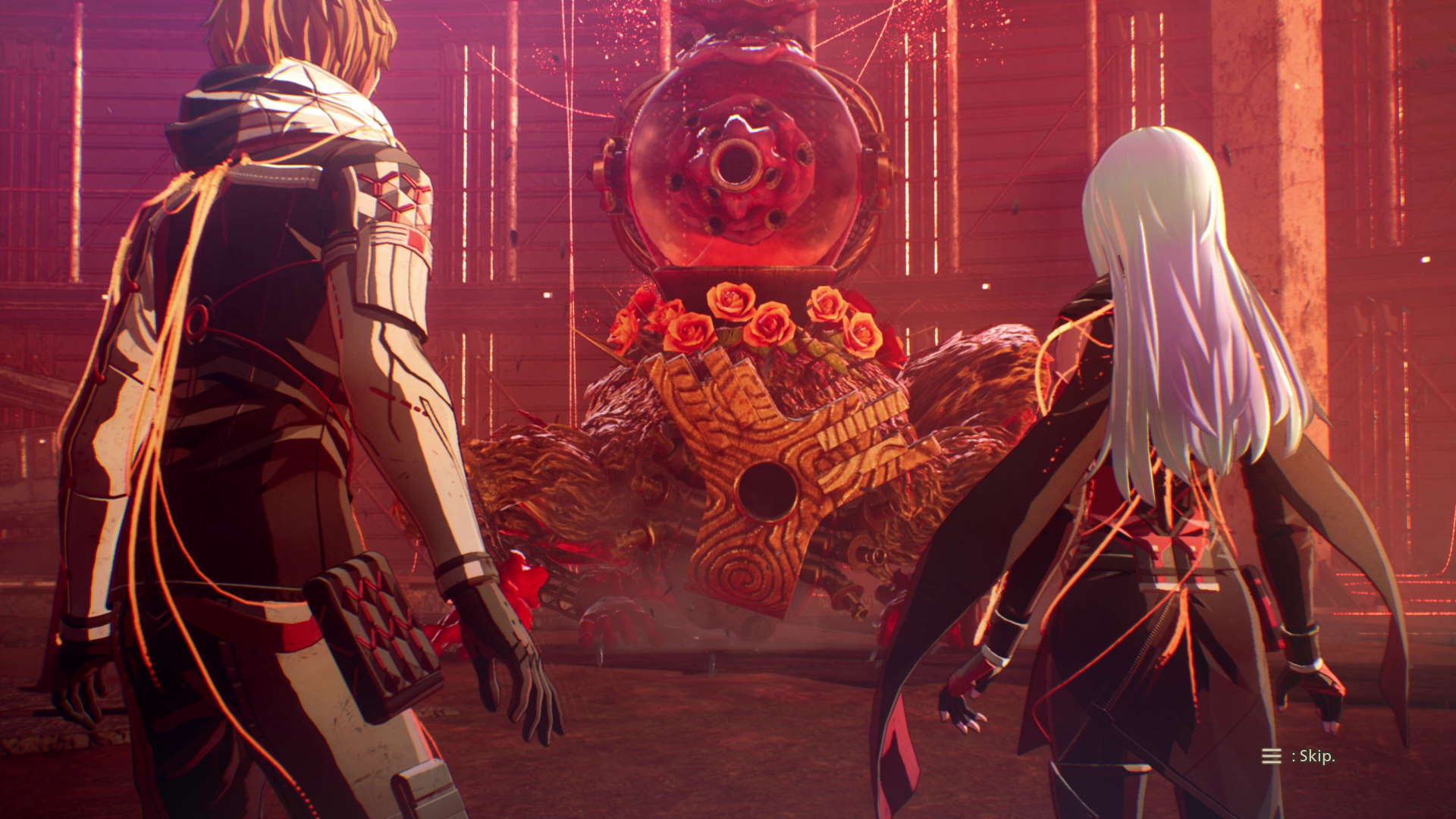 Beyond the surface, there’s a deeper meaning behind Scarlet Nexus. Within the ranks of the OSF, classism plays a big role in how certain members are treated, including how they were drafted into the organisation. For an original story, there’s a lot to dive into. At interludes in the campaign, Yuito and Kasane can spend time bonding with allies through Bond Episodes. When finished, they grant certain perks to your party providing the person you bonded with is a part of it.

Combat is exciting and varied

For the preview, I spent three hours with Yuito. Whilst the game looks amazing, the combat was so varied it made every encounter feel completely different from the last. His power is psychokinesis. Whilst attacking enemies with his sword, I was able to launch various objects at them at the same time. By using follow-up attacks that made use of the psychokinesis, it became seamless switching between the blade and the psionic power. There are special objects such that can be sent through the air which require correctly inputting button prompts, but they do much more damage. Some enemies can be taken out with Brain Crush: a fancy attack that plays out with a brief cutscene and an awesome animation that adds some style to battle scenarios. 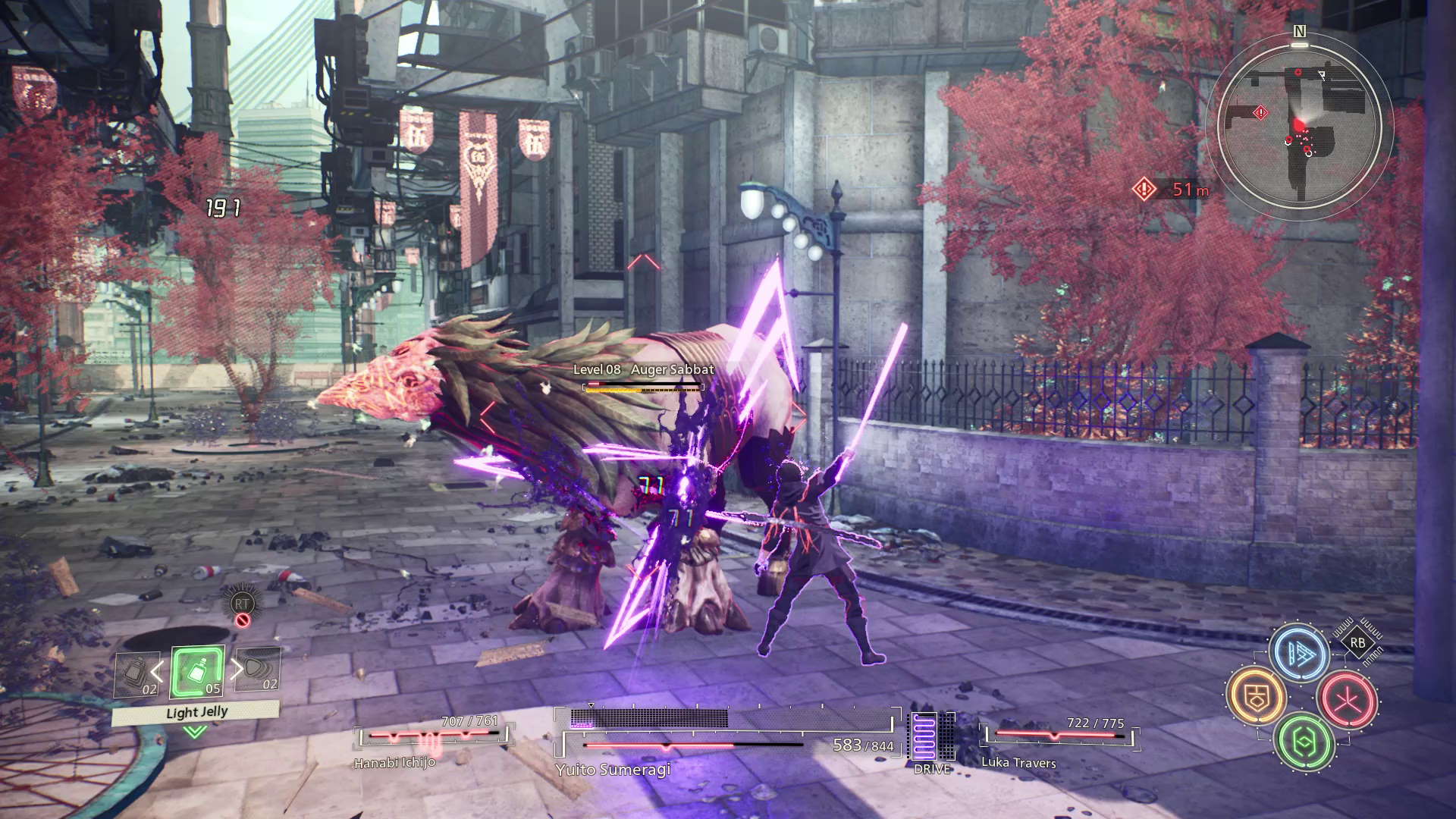 On top of that, Yuito can connect with other OSF members within his party to make use of their special abilities too. I was able to use Arashi’s hypervelocity to slow down time; Gemma’s sclerokinesis to harden my body and render enemy attacks useless; Shiden’s electrokinesis to shock and stun Others; and Hanabi’s pyrokinesis to burn specific enemies that have a weakness towards fire. There’re more abilities as you play, provide a wide range of attack options against many different enemy types. There’ also the option to change the way party members attack, giving you complete control of which enemies should be taken care of first.

There’s a real sense of unity among Yuito, Kasane, and their friends. Brain Messages pop up from time to time. They play out like text messages, with some giving you the option to reply to. These interactions build on the characters and the relationship the protagonist has with them. Fleshing out the story in this way makes Scarlet Nexus a much deeper experience than it first appeared to be. Between chapters, you’ll head to a safe house where Yuito or Kasane can interact with other party members, and this is where the bonding experiences tend to be found. 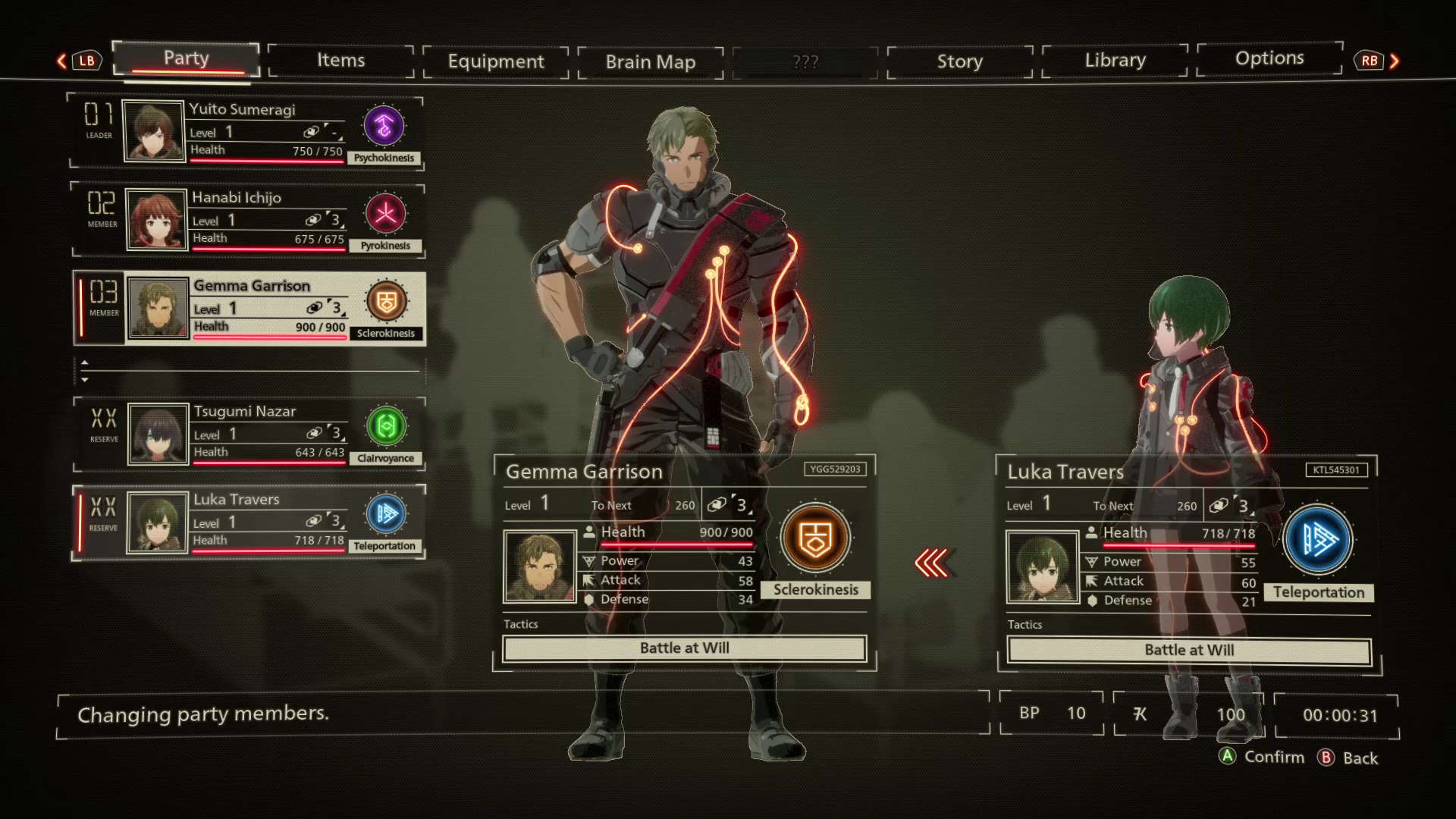 Leveling up offers some great rewards. With every new level, a Brain Point is unlocked. These BPs can be spent on different skill trees. At first there’re only three available, but more open up as the game does. The Expand tree adds nuances to your attacks, dodges, and overall move set; Support increases your ability to earn more XP and shortens certain cooldowns; and Enhance adds improvements to your stats. Levelling up happened pretty quickly, so there were plenty of Brain Points being spent to improve Yuito.

The Others I encountered were a weird mix. Walking bouquets with tails, armoured ox, and plants with lightbulbs for heads. There were tons more, but the common link is they’re all dangerous. Utilising every one of Yuito and his friend’s abilities in a battle takes a lot of concentration. However, each fight was unique. There are many ways to take out these mutated freaks, and this is where Scarlet Nexus’ intense and varied combat offers the most fun. It feels like a PlatinumGames’ title at times, and that is always a good thing.

So far, Scarlet Nexus is going to make a lot of players happy. The combat is consistently great, and the ways to upgrade skills have so many different paths. The story is interesting and layered, and the environments and monsters have been superbly designed. A lot of thought has gone into making the various systems user-friendly and diverse. With Brain Points, the SAS system, and upgrades to weapons and everything in between, it feels like this game is going to make a lot of ARPG fans happy.

Video games are cool. Don't let anybody tell you any different.
MORE LIKE THIS
Bandai NamcoScarlet Nexus