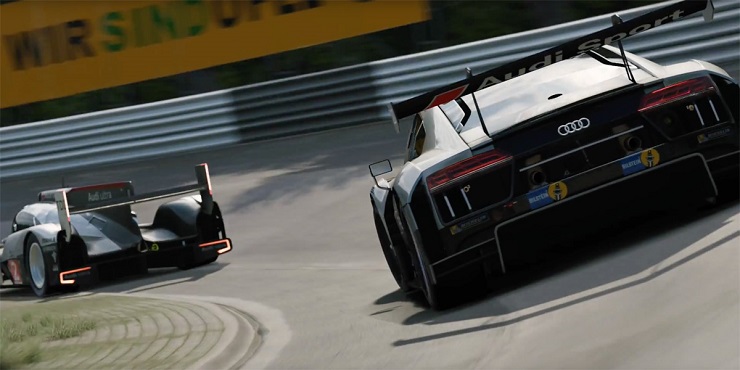 GT Sport has been getting some ace support post launch and today’s update is massive.

The base game launched with a bit too much reliance on being online. Read our review here. Today update 1.10 was released bringing the 1.09 content and some more fixes to everyone across the world. The update weighs in at under 2.9GB and it includes a ton of stuff including Campaign mode. The full patch notes are below:

Main Features Implemented
1. Campaign Mode
- ‘GT League’ has been added. This is a mode in which you can challenge a variety of races using cars from your garage (Every league requires a certain Driver Level to enter).

3. Tracks
- A new layout, the “Kyoto Driving Park Yamagiwa + Miyabi” has been added.

4. Scapes
- A new ”Season’s Greetings” group has been added to the Top Screen. New photo scenes are included in the group.

6. Top 24 Superstars
- In the FIA Championships within Sport mode, a ‘Top 24 Superstars’ race will be held as the final round of each race season. This will be a single race within the final round, where only one group will be matched among the top drivers. In this race you will earn more points than a standard race.

9. Controller
- The DUALSHOCK®4 motion sensor steering sensitivity has been adjusted so that steering requires less rotation.

11. Sound
- Tires screeching sounds have been adjusted;
- The sound balance of the Chaparral Chevrolet Chaparral 2X Vision Gran Turismo has been adjusted.

12. Additional Language
- Thai language support has been added to the Asian version.

Other Improvements and Adjustments
– Various other issues have been addressed.