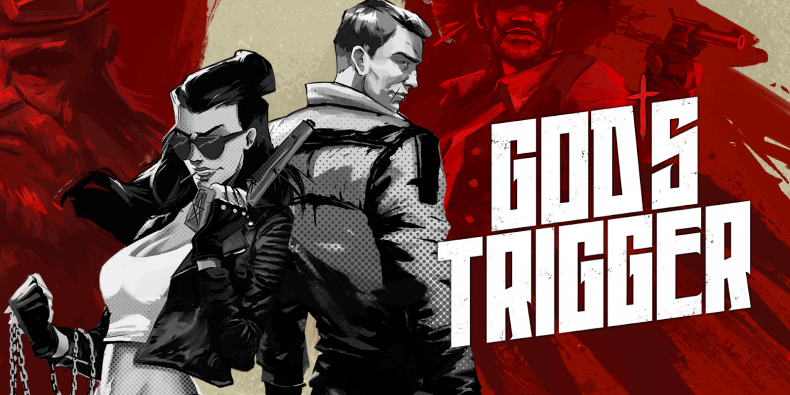 Techland Publishing and One More Level have unveiled a new gameplay trailer for their upcoming top-down shooter Gods Trigger.

If you haven’t heard of Gods Trigger before then you’ve come to the right place as we’re about to lay it down for you God is a Geek style.

You can play as either Harry, a fallen angel, or Judy, a demon, both of whom you can switch between if you decide to play on your own, as they work together in an attempt to stop the Apocalypse. There’s also the option of co-op play if you really can’t see yourself playing as an angel or a demon.

As you might expect being an angel or demon does it have its supernatural perks in the form of unique abilities, 7 for each character, that can be upgraded, customised and combined to create numerous ways of taking out the enemies.

There’s also 36 weapons to choose from. You can see all these in action in the below trailer.