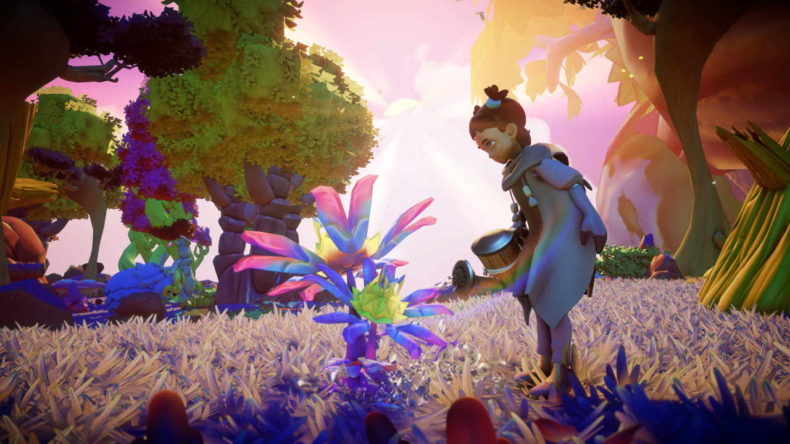 Sometimes there are games that just scratch a particular itch. In the case of Grow: Song of the Evertree by Prideful Sloth, that particular itch is one of beautiful maintenance. It takes the cathartic and relaxing routine-type approach of titles like Stardew Valley or Animal Crossing. Then it couples it with a lovely visual aesthetic and soothing sounds to create a whole that should feel repetitive, but due to its pace and design ultimately feels rewarding instead.

Grow: Song of the Evertree | You are an Alchemist

You assume the role of the last remaining Alchemist. You’re desperate to help restore the Evertree, a once-powerful source of life that has recently succumbed to The Withering. This is a nasty force that takes the form of the purple spikey vines which now envelop the entire area. You take control as you’re about to plant a World Seed, which with the right nurturing will sprout a new world in the lofty boughs of the Evertree, and take a step on the path to destroying the Withering once and for all.

Playing the opening hours of the game introduces many of the game’s mechanics. On the Evertree World you’re given various tools to help spruce up the place. A sickle will help cut evil reeds, a swish of a watering can will help nourish fledgling plants, and pesky rocks and other structures will succumb to a swing of your mighty hammer. Successfully fix everything you can in the World, and when you return home and go to bed to pass into a new day, and likely learn more about what the game has in store. 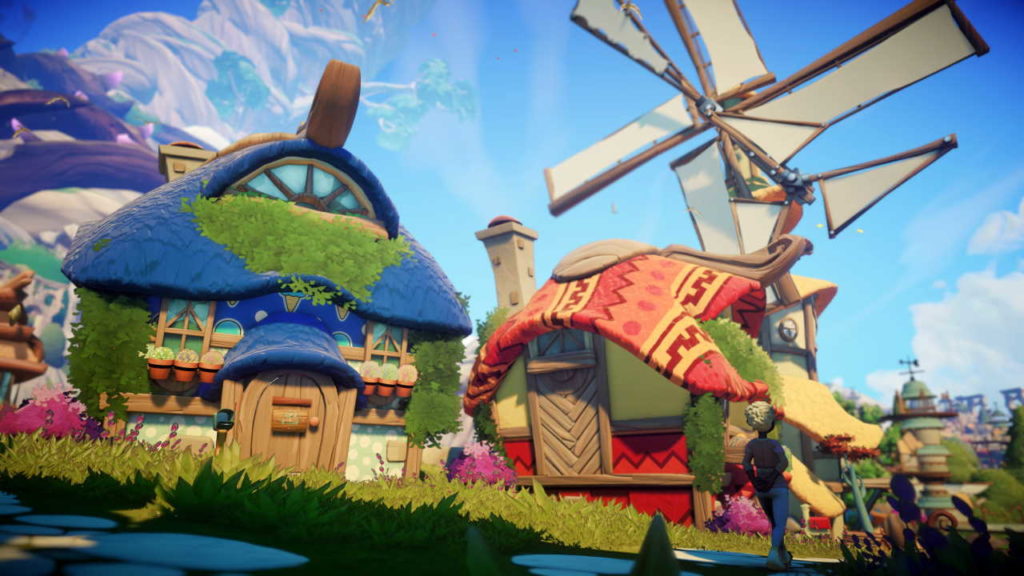 More than meets the eye

There’s also surprisingly more here than initially meets the eye. Yes, every day, you need to fly up and spruce up your World, but back on the original terra firma, you’ll also want to establish a village with a community of people to help run it. Before long you’ll realise Grow has well, grown, from just a cathartic “tidy-up” sim. It’s now also a streamlined city-builder, with you having free reign to place buildings wherever you like and recruit different characters to live in your accommodation and take on jobs in the various inns and shops you will erect to keep them happy. They’ll also give you quests to do to keep you on your toes. Before long you’ll find your day now split between the Tree World maintenance and growing your own community too.

The split between both works well though because the various different currencies and collectibles you acquire help aid progression. For completing just a simple clean-up task on the Evertree, you’ll get a few rewards. These could either be some Myora – the main currency of the game – or maybe other specific items needed to craft special buildings in your community. You might also unlock decorative items for your town or its buildings to add a touch of personalisation. There’s also plenty of mini-quests that help prompt and promote small incremental progress. They all have a reward of some description, be it money or items, so there’s always a reason to keep going.

And the gorgeous art style and soothing sounds that accompany it, make it incredibly endearing too. It’s clearly a game all about doing good, and sustaining life, and that’s present in its vibrant colour palette and lovely light effects depending on the type of day. It just creates a very optimistic vibe that’s almost Pixar-esque in its execution. 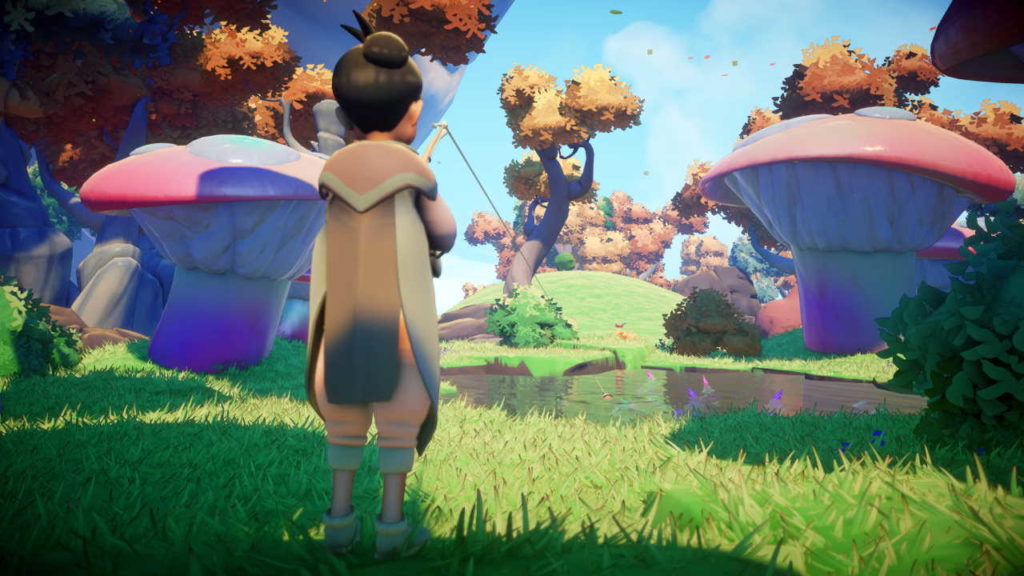 Plenty to see and do

And it’s clear despite already offering plenty to sink your teeth into in these opening hours, that there’s plenty more to Grow: Song of the Evertree. The world around you is covered in The Withering, which progression will no doubt unblock. You’ll visit different regions with their own landscape and look and feel. There’s also a whole Alchemy side to the game that allows you to create new and different Evertree worlds. You’ll be picking up various types of Essence throughout the world as you play. You can even convert many things you find out in the world to various Essences too. You then use Essence to create new World Seeds which will change depending on what Essence you used to create them. It means you can experiment to try and make a whole variety of different worlds as you play.

Grow: Song of the Evertree is out on November 16, 2021, and it certainly feels like one to watch if you’re a fan of Stardew Valley or Animal Crossing. It seems to offer plenty to sink your teeth into, and plenty of time too. But its calm and relaxed approach to everything it does means it has rarely felt like a slog. The full game could well be your next guilty checklist pleasure.

Grow: Song of the Evertree launches on PC, PS4, Xbox One and Nintendo Switch on November 16, 2021.