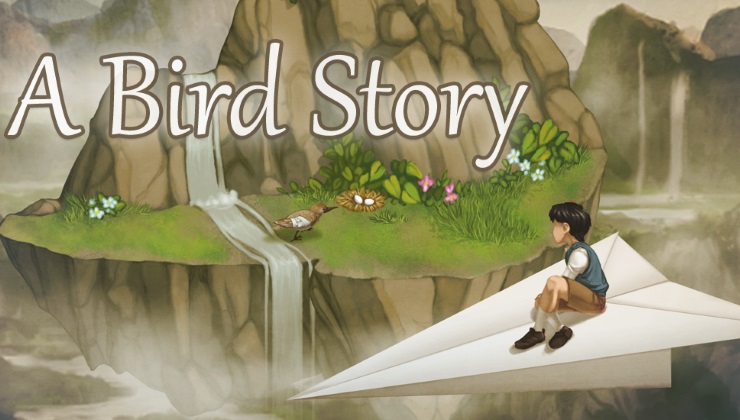 Kan Gao of Freebird Games’ sophomore effort after the massively successful To The Moon is a pixel-art-short-story called A Bird Story. To The Moon deservedly gets praised often for its amazing soundtrack and gripping story. A Bird Story is as ambitious as it is great. It omits one of the most important things that I loved about To The Moon, however: the dialogue. A Bird Story isn’t a sequel, obviously, but it is a wonderful tale that will leave a deep impression on you for a long time.

A Bird Story gracefully tells a tale of a young boy who finds an injured bird. Even with it’s relatively short length (clocking just above an hour), it feels spot on. Thanks to its wordless nature, you really appreciate Kan’s craftsmanship, with subtle expression changes and music carrying you through the story. The tone set throughout is just right, and I was on the edge of my seat the whole time. Heck, there’s even a Benny Hill Show reference in the middle that floored me. The experience is short, but there’s a lot of character development and you grow attached to the characters very quickly. This is where Kan’s magical storytelling ability comes into play.

The gameplay elements are minimal and I’d probably categorise this as an interactive visual novel game. In most cases I didn’t even need the on-screen prompt to tell me where to go. Comparing it with To The Moon with its puzzles and tons of dialogue is unfair, but I still wanted to have a little more to do here. I love how time isn’t wasted thanks to all the important locations being interconnected directly. Everything feels more like a dream thanks to this. Visuals are comparable with To The Moon – an old school RPG set in modern times is the order of the day. The actual portraits and backgrounds used here, however, are amazing. Towards the end of it, you will know what I mean. Gao manages to deliver a brilliant soundtrack again. You know a soundtrack is really great when every song takes you right back to that moment in the game. The music is completely instrumental as well, and it suits the wordless nature of A Bird Story well.

When he announced the game, I thought it was a sequel to To The Moon. I’m glad it isn’t. Instead of rushing to make sequels to past successes, more artists need to try new things. Kan Gao delivers something truly wonderful with A Bird Story. It will move you, and it’s well worth the asking price. I hope Kan Gao takes his own sweet time for the next game, because the wait after To The Moon was more than worth it. You might want to keep a few tissues around for when it is over, though.

A Bird Story is a fantastic and short pixel art visual novel that you need to experience.