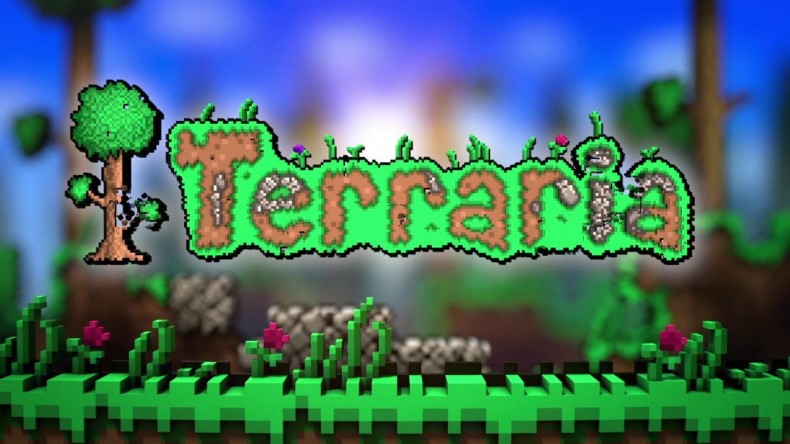 While Minecraft happily sits dominant over the realms of the survival-crafter, Re-Logic’s Terraria seems happy to sit off to one side, smiling quietly to itself while it steals just a little bit of that thunder. Arguably more accessible than Majong’s behemoth, Terraria does what it does just as competently, but on a smaller scale, offering the tools to go as nuts as you like within the confines of its procedurally generated sandbox worlds.

There’s a solid argument that the PS Vita version is definitive: the smaller screen makes the 8-bit visuals sing, and the pick-up-and-play nature of the handheld simply suits it better, but the jump to next-gen hardware certainly does Terraria no harm.

It ships with a huge amount of new content, too, including new items, new rare ore and crafting materials, new world-types and a larger sandbox to play in. You can’t accuse Re-Logic of resting on their laurels here, as the Xbox One version is bursting at the seams with new stuff to mess about with, but also delivers the same instantly addictive gameplay.

You begin by creating your little dude or dudette from a variety of styles and colours before you’re rudely dropped into a new world to fend for yourself. Armed with a weak-wash sword, a pick axe and a wood axe, there’s little to do but start mining ore and chopping down trees while defending yourself against encroaching green blobs.

The first NPC you meet (this version also features several more to interact with at random moments along the way) will tell you how to craft and warn you to make a shelter – and he isn’t lying. When the sun goes down it’s monster central, and if you’re caught out and about, getting home alive can be a nightmare.

The deeper you mine, the better gear and material you’ll find with which to craft armour, weapons and tools, with which to hunt bigger game, dig for deeper treasure and build stronger bolt-holes. It’s a great risk-reward system that never loses its lustre. Go far enough and you may encounter a boss, a huge opponent that will take all your skill to overcome – though the rewards are great if you succeed.

While the gameplay remains almost exactly the same across platforms, there’s something that doesn’t feel quite right to me about playing games with Terraria’s visual style on a big screen TV. It’s a beautiful game in many ways, but it feels so much more suited to smaller devices. That said, it runs as smooth as liquid on the Xbox One, and the loading times are almost non-existent.

The online multiplayer adds another dimension to proceedings, as you work with, around or against other players (you can enable or disable PvP when you like). The core of the game remains the same, but more players means more monsters and a greater race to find the good stuff. It’s a lot of fun working together or competitively, and the voice chat on Xbox One is a great addition, allowing you to frantically call for help when you’re stranded in the wilderness with a horde of zombies after you.

If there is a major complaint at all, it’s that, while it’s easy jump into Terraria and start harvesting and building, it doesn’t hold your hand or signpost very much at all. Beyond the initial tutorial, you’re on your own, tackling monsters and learning how to craft materials and gear while you try to stay alive. It can lead to mild frustration at times, but you can overcome most problems with a little common sense.

If you already own Terraria and the DLC, there’s not much reason to upgrade to the Xbox One version. However, if you’ve never played it for whatever reason, I would urge you to give it a try on the next-gen machines just to see how accessible and addictive it is.

Read our original review of Terraria.

A charming little sandbox adventure that you make yourself.