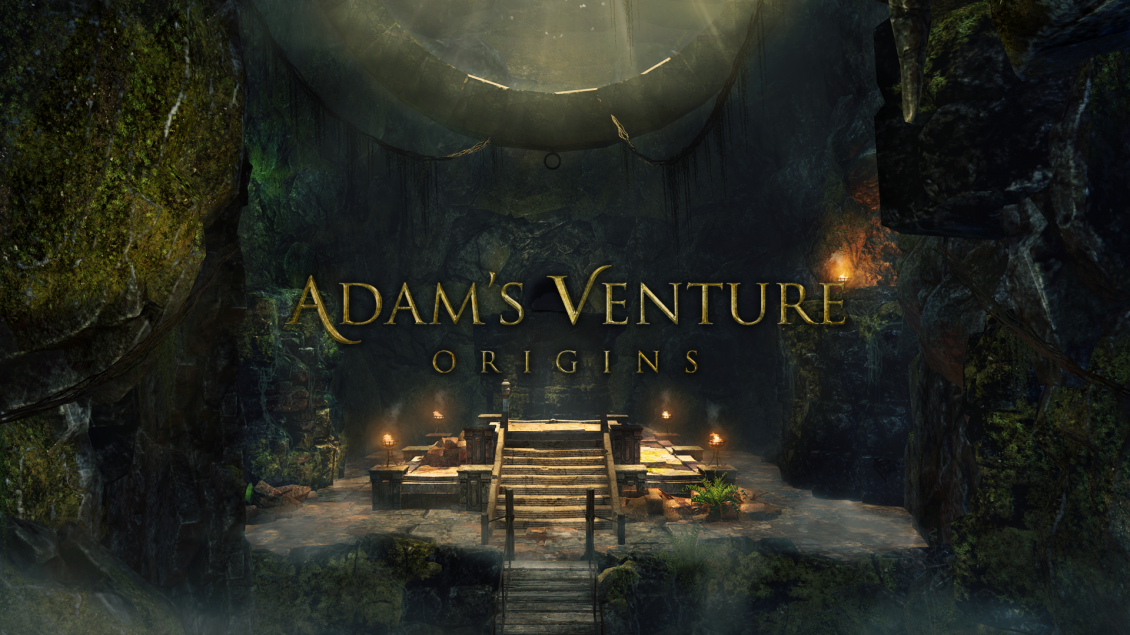 Adam’s Venture: Origins is a reimagining of the Adam’s Venture franchise, combining the previous episodic formula to give an engaging and streamlined narrative with improved visuals and better gameplay mechanics. Unfortunately, as you play through the game, it always feels like something is missing. There are some interesting puzzles and some pretty environments, but the dreary gameplay often hinders the overall experience, not to mention the irritating as hell protagonist.

Set in the 1920s, you play as Adam Venture, an explorer trying to uncover the mysteries of the Garden of Eden and attempting to stop the evil Clairvaux Company. It’s a story you’ll have seen before, and while it’s not necessarily bad, it uses the similar kind of shtick you’re already familiar with. It can be a bit convoluted at times, and with games like Uncharted already doing it a million times better, Adam’s Venture: Origins can feel too vanilla.

I’m not sure about you, but if I’m going to play through a game that requires me to be with the same protagonist throughout, it helps if I can either like them or have an appreciation for what they’re doing. Put bluntly, Adam Venture is a bit of a dick and he can be quite rude to his partner, Evelyn Appleby. There was a moment where she was questioning why he hadn’t brought the food supplies with him and he replied with “I thought that was your makeup kit.” Not only coming off as sexist, he doesn’t give a shit that they may struggle without any food.

Adam’s humour is terrible as well and I couldn’t stop cringing; he outwardly uses bad puns and the worst dad jokes you’ve ever heard. As he moves through a vent, he quips “Adam Venture: putting the vent in Venture since 1901,” and as he spins a globe in his father’s study, he says “Adam Venture making the world go round.” See? Terrible dad jokes, and they never get any better.

Where Adam’s Venture: Origins shines is through its puzzles, which offer great diversity. Puzzles range from using arithmetic to levelling the voltages of power grids, arranging piping so gas can safely flow through and reshuffling different items into a particular order to open doors. If Uncharted’s focus is relentless combat, Adam Venture’s focus is on relentless puzzles, acting as a conduit for Adam to move between. After solving a copious amount of puzzles, it can get a little frustrating that you can’t just turn something on. Instead, you have to rewire a projector just to get it to work.

There isn’t a great deal of diversity in Adam’s traversing of the environments, and when he isn’t solving puzzles, he’s using his grappling hook or climbing walls. It’s surprisingly fluid when swinging between points with your grappling hook, but the climbing feels clunky and can break up movement unnecessarily. Other than the basics, there isn’t much else to it. There are some stealth elements to the game, but they don’t really do much to expand your enjoyment. There are no enemies, ruling out the need to fire a rifle or throw a grenade.

Visually, the different settings are robust, packing in minor details to bring certain areas to life. Some of the areas can be a little dull, but for the most part, you’re treated to some nice colours and lighting. Character animation is where the game lacks, with some of the interactions between characters looking lifeless. Mouths don’t open and bodies remain still, and they don’t fit well with the promise of next-gen visuals. I encountered a surprising amount of bugs and glitches while playing, such as Adam walking on the spot during cut scenes and walking through walls and furniture, hindering my enjoyment of the game.

Adam’s Venture: Origins has some fantastic puzzles and you will more than likely appreciate the complexities of them, however, at no point does the game really feel like it can stand toe-to-toe with other games it shares a multitude of similarities with. The characters are either frustrating or boring, and the story never really does enough to hold your attention for long. It’s still a fun game to spend some time with, but when games like Uncharted, Broken Sword, and Tomb Raider do the genre a much better justice, Adam’s Venture: Origins just doesn’t do enough to rank among the greats.

Puzzles are diverse
Some environments are nicely designed

Adam’s Venture: Origins isn’t the best adventure game on the market, and the irritating protagonist will put many off, however, the puzzles are captivating enough to hold your attention for a respectable amount of time.