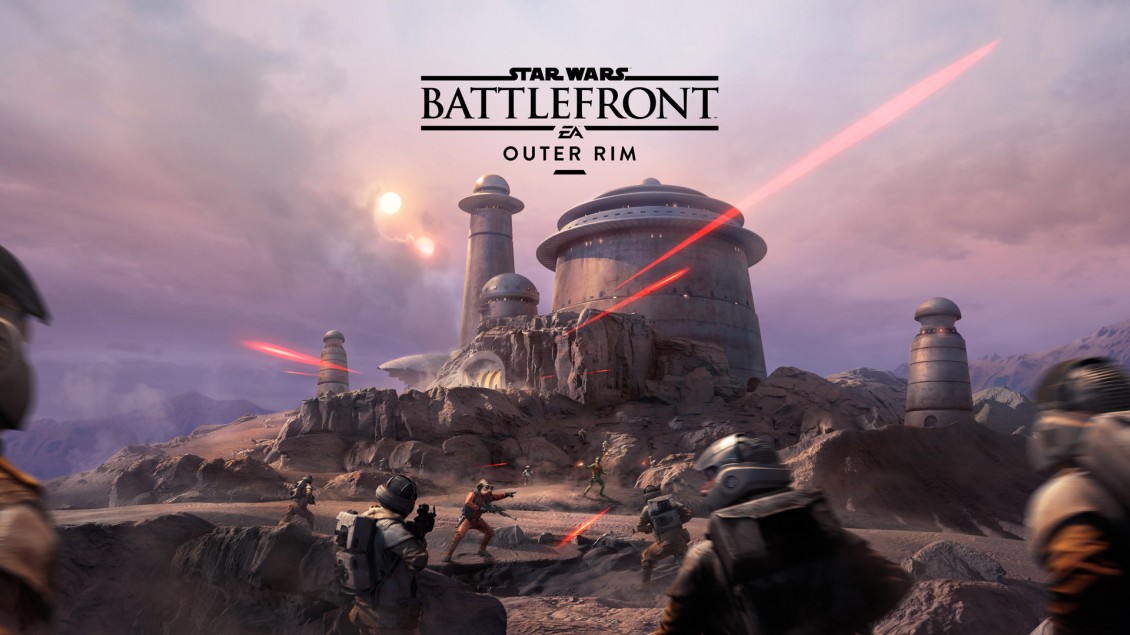 The first new content etched on Dice and EA’s calendar for Star Wars Battlefront has arrived. When Battlefront was released back in November 2015, it was criticised for lacking in content but since then there has been a few free maps added and with the release of Outer Rim, fans are starting to get their hands on the first batch of paid content. Season pass holders have had early access, but Outer Rim is now available for all players.

The DLC comes with four new maps (albeit still on planets we are already familiar with), along with a new mode called Extraction and a new playable Hero and Villain. Tying in with the earlier free update which featured the new Hutt Contracts, two of the new maps feature Hutt’s palace and garage on Tatooine, while the other two are back on Sullust at the Sorosuub Complex in a refinery and outside, around the pipelines. The maps have been designed for the smaller games types only––modes such as Blast, Droid Run etc., so no Walker Assault or Supremacy here. All four are tightly designed with a good mixture of open spaces and tight corridors, as well as plenty of elevation for players adept with the jump pack. The two on Tatooine have plenty of detail that will delight fans of Star Wars, including the Rancor Pit complete with dead Rancor in Jabba’s Throne room and his Sail barge tucked away in the large garage. On the Pipelines map on Sullust, we are treated to dramatic vistas over the volcanic landscape whilst inside in the refinery players will be shooting among the huge machinery.

The new game type, Extraction, is a frantic mode where the Rebel team is tasked with escorting a floating shipment of cargo through enemy territory via a number of checkpoints while the Imperials must stop them. Each checkpoint has a set amount of time within which the cargo must pass through or the game is lost. It is fun to play and the maps seems designed for it; particularly with areas where the cargo is open and exposed with lots of lines of sight, and at other times when it’s located in packed, narrow corridors. In addition to the new maps and game mode, there are also two new playable heroes. Greedo is available for the Imperials, mirroring the odd choice of Nien Nunb for the Rebels. Both play well, although it is always a mad scramble to try to grab the new Hero before another player does, and as such I haven’t spent a great deal of time with Greedo. Nien Nunb comes equipped with an upgradeable turret and proximity mines while Greedo sports the new Dioxis grenade and a mode which allows him to see through walls. Other additions include new powerups to pick up, as well as the new weapons and star card items available through the Hutt Contracts.

While Outer Rim may not garner the same excited interest as the next two expansion set on Bespin and the Death Star, there is enough to keep fans happy. The maps are beautifully detailed, with a good mixture of open and tight spaces for firefights. Extraction is an excellent addition to the roster of game modes and the new playable heroes slot well in to the already established set.

You can support us by shopping via these links:

Nien Nunb is an odd first choice for Rebels

It's a good start to the DLC schedule, but might not be enough just yet to get people to commit to the full Season Pass. The maps are well designed with lots of fan service and the new mode is a very welcome addition.