previous
New Green Hell update lets you pet and raise adorable jungle animals.
random
next
Tune in to Pokemon Direct on Wednesday for news on Scarlet and Violet
0 comments 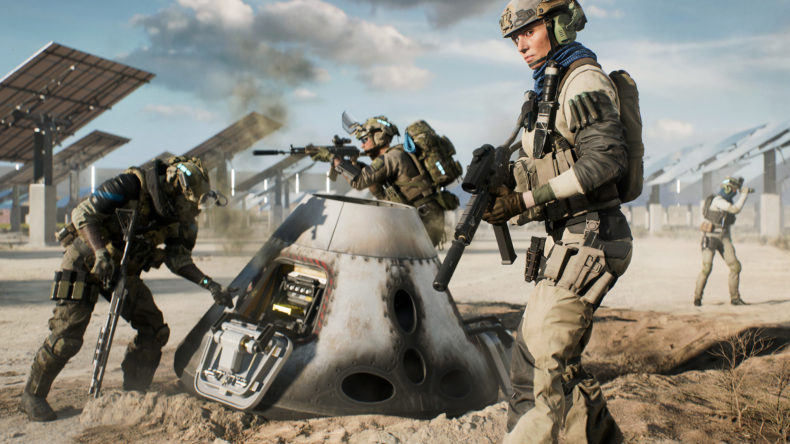 As detailed heavily in an official blog post, DICE has revealed Battlefield 2042 Update 1.2, set to bring plenty of changes to the game. For starters, the Kaleidoscope map has been reworked to offer improved gameplay, and there are some Style and Tone changes coming to Specialists. Some of the weapons have been adjusted, there’s an inclusion of a Player Profile and Statistics page, Aim Assist on controllers has been made smoother and more consistent, and an accuracy penalty has been added to the BSV-M Full Auto mode.

“Being just over halfway into Season 1, we hope you continue to enjoy the new content and are having a great summer. This week, Update 1.2 launches and we are excited about getting these new changes and improvements into your hands. It will be available to download and play on Tuesday, August 2.”

Throughout the post, DICE make it very clear they are listening to player feedback, and given the poor performance issues at launch, paired with the disappointment many people had with Battlefield 2042, it’s great to see the developers are committed to making sure things improve. It will be the last scheduled update before Season 2 releases later in August, and as mentioned in the blog, it is coming on August 2, giving players enough time to experience all the big changes.

DICE want everyone to be involved in how Battlefield 2042 can be improved, and are encouraging players to keep their eyes on the official twitter account for details. There’s also a site for known issues with the game, and a list of any changes being made in real time can be found right here in the official forums.

Video games are cool. Don't let anybody tell you any different.
MORE LIKE THIS
battlefield 2042diceEA