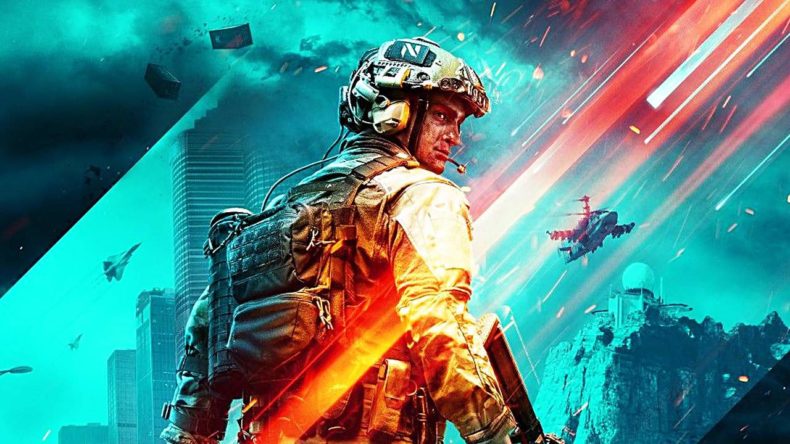 Arguably, it has been a bumpy road for the Battlefield franchise for a while now. Battlefield IV was arguably the last really good entry. I say that without hard evidence to back it up only because, despite the fact that I played the titles that came after IV, I can’t remember much about them. And if I’m completely honest here, I don’t think I’ll remember all that much about Battlefield 2042, either.

It’s both ironic and a little disheartening that some of best content in 2042 comes through Battlefield Portal, a mode that features several remade maps from previous franchise entries. Bad Company 2, Battlefield 1942 and Battlefield 3 were all better games than 2042, and including their content (including weapons, gear, classes and modes) alongside this latest offering is a weird way to highlight this fact. I’m not sure it’s what EA and DICE were intending, but it’s what has happened nonetheless. 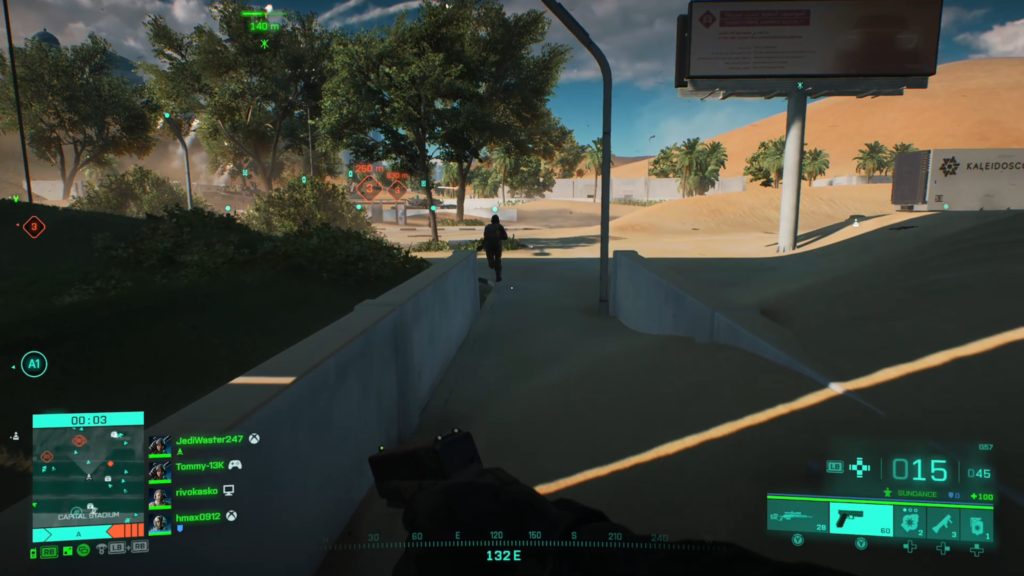 This is partly because the actual content of 2042 feels somewhat limited. There’s no campaign, but there is, technically-speaking, a story. In the near future, climate change has causes storms to ravage the world; tsunamis, earthquakes, superstorms and blizzards have decimated society. Being the quickest to adapt, the US and Russia have risen to become the world’s last remaining superpowers, and have decided that the best thing to do in the wake of an apocalypse is go to war.

CHECK IT OUT: Why Halo is more relevant than ever in 2021

It’s all just context really, a reason to have people shoot each other while massive storms alter the landscape of the battlefield mid-fight. And it works as such, just about. On top of this, DICE have introduced Specialists. Rather than allow you to just customise a soldier and pick a class, there are now individual “characters” who come with a unique perk each.

Largely, these perks are fairly generic. Ghillied-up Casper, for example, has a recon drone armed with an EMP that barely functions. Big beardy Boris has a turret. Poster girl Sundance can wingsuit into the battlefield instead of parachuting. The late Michael K. Williams returns as Irish from Battlefield 4, and can drop a shield for cover. But it’s all pretty uninspired stuff that we’ve seen countless times before. 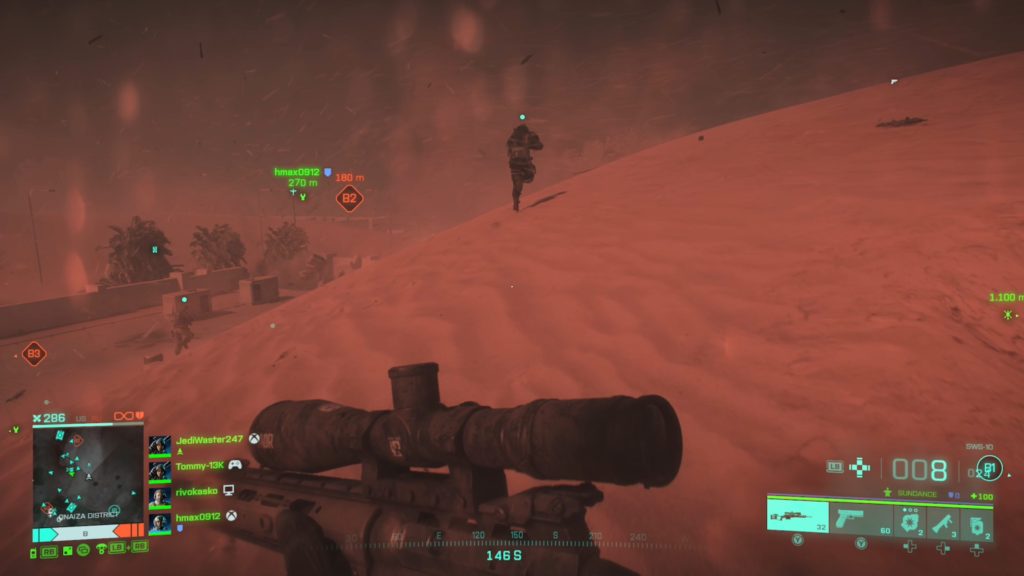 And since any Specialist can use any loadout (once you’ve unlocked the weapons by levelling up, of course), there’s very little to truly differentiate between them. Even the cosmetics are largely pointless because the TTK is so insanely low that if you pop your head up for more than a split second to admire someone’s new colour scheme, you’ll be slotted immediately.

But that’s fine, really. This is a large-scale war game, after all. Death should be the only guarantee. It’s just that the way each of the modes functions means the average player will spend most of their time either being shot or running into range of being shot. Or driving, of course. Tanks, choppers, boats, jeeps, ATVs, and hovercrafts all make a return, but they seem weirdly spartan in their quantity and placement. You can spawn in them once you’ve unlocked them, but you’ll rarely find one after the fiurst five minutes of a match that’s not already totalled.

CHECK IT OUT: The One to rule them all? Hands on with Elden Ring!

The All-Out Warfare mode is huge. Possibly too huge, to be honest. It’s 128-played carnage split into two different but similar modes: Conquest and Breakthrough. In Conquest mode, you’ll drop in with your side and be tasked with moving from capture point to capture point. It’s Domination but on a monumental scale. Matches regularly last for a solid half-hour, and the sense of sheer size is something worthy of praise. 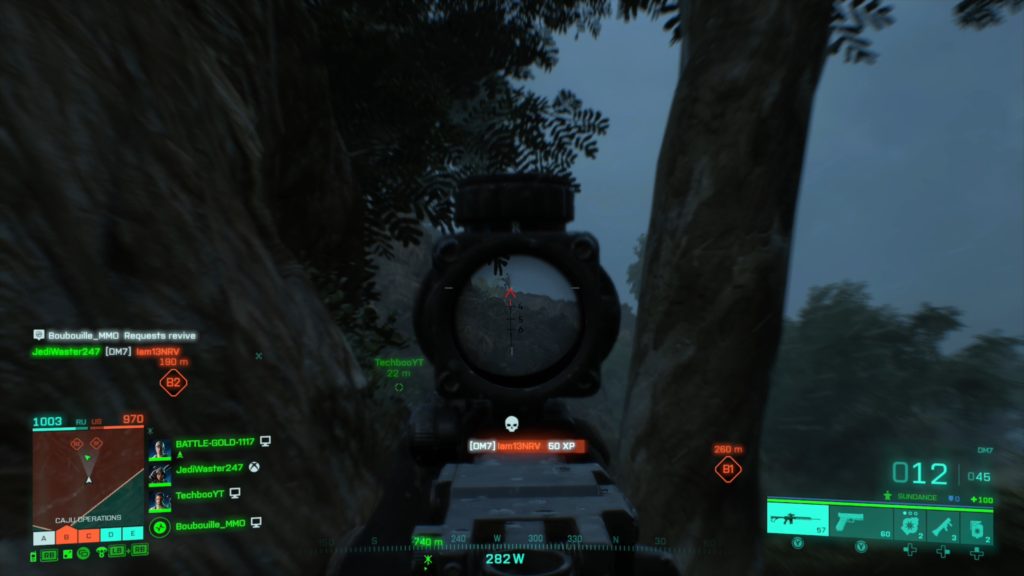 Atmospherically, Conquest is on point. Explosions shake the screen, watching a chopper careen into the ground nearby, or observing a tank battle from a sniping point, simply seeing countless other player scythed down by gunfire as you charge the next point. These moments are stand-out every time – as are the weather effects. From monsoons to sandstorms, when the extreme weather kicks in it changes everything, from how you play to where you can go when the weather settle down again.

Breakthrough feels wilder, faster-paced. Here you’ll need to hold several points at once with limited respawns. Death comes swiftly, and if you cock up and spawn in the wrong place you’re useless to your team. It’ll take minutes just to make it back to the fight, upon which point you’ll likely be sniped by the tosser who parachuted onto a skyscraper at the beginning of the match and hasn’t moved since. The verticality in Battlefield 2042 is just as extreme as everything else, but along with the scale of the maps it makes sniping one of the only really viable ways to play.

CHECK IT OUT: The New Horizon expansion could be the start of an exciting new era for Outriders

The third and final mode is Hazard Zone, a four-on-four mode where you each take a different Specialist into the match and attempt to find and extract more data drives than the other team. It’s nice to have a different objective to work with, but the mode itself feels a little unnecessary. Part of the issue is the Specialists themselves. Their perks don’t promote any kind of real synergy, so your choice is largely inconsequential. Gear must be paid for with credits before each round, too, in a manner similar to something like Rogue Company. 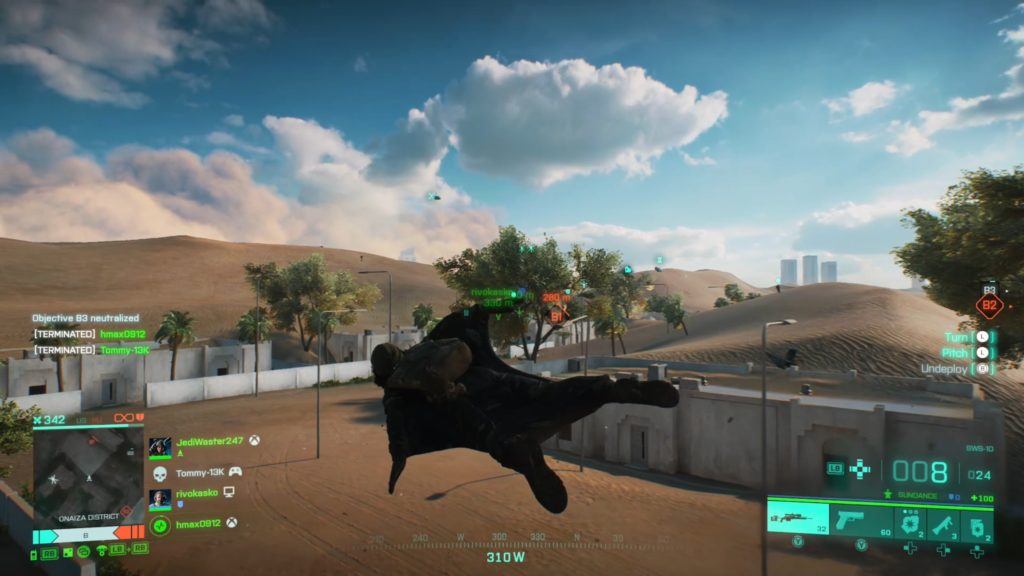 A wing and a prayer

Ultimately, it’s hard to get overly excited about any of it. Yes, the large-scale battles are quite fun, but they run so close to out-and-out carnage that I worry for the poor casual player in amongst all the mayhem. And despite adding Specialists, nothing really feels new. Oh, you can swap weapon mods on the fly now with the new “Plus system”, but it’s fiddly and tricky and kind of just there. Essentially it allows you to hold a buton and assign different mods using your D-pad and face buttons. If there was a tutorial for it, I must have blinked and missed it.

There’s something oddly bloodless about Battlefield 2042. It almost doesn’t feel like a complete game. Perhaps it’s because there’s only a few modes, maybe because the cosmetics on offer for each Specialist are so unexciting, maybe it’s because it’s a technical shambles at times. It’s hard to take it too seriously when enemy players are getting stuck in the walls or the ragdoll physics are having a shit-fit.

It’s not necessarily a bad shooter, but to release in this quarter of this year alongside Far Cry 6, Call of Duty: Vanguard, and Halo: Infinite, Battlefield 2042 needed to bring its A-game. Sadly, that just didn’t happen.

Battlefield 2042 isn't a bad shooter, but to release in this quarter of this year it really needed to bring its A-game, and it hasn't done that.