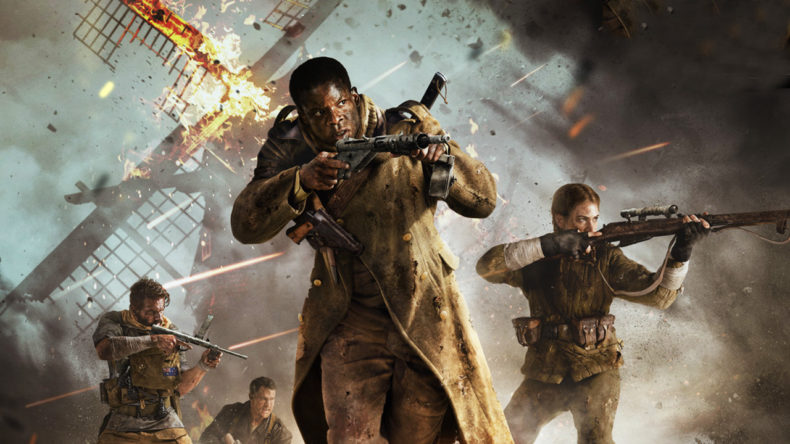 Here we are again, folks. With the surety that day will follow night, or that immense disappointment will follow the boasts of your sexual prowess, it’s Call of Duty season again. It’s time to wheel out the explodey ‘splosions and dust off your completely rational opinions of what women did and didn’t do during various historic global conflicts and damn well shoot some baddies in Call of Duty: Vanguard.

This time around the baddies are Nazis again. Which is good, because just like aliens, cyborgs and dinosaurs, shooting Nazis doesn’t ever throw up moral dilemmas. And make no mistake, Call of Duty: Vanguard isn’t in the business of creating sympathetic villains here. The Nazis in Vanguard are a bunch of despicable bastards analogous to pantomime bad guys, who execute people for fun and can’t smile unless someone is having their teeth pulled out. 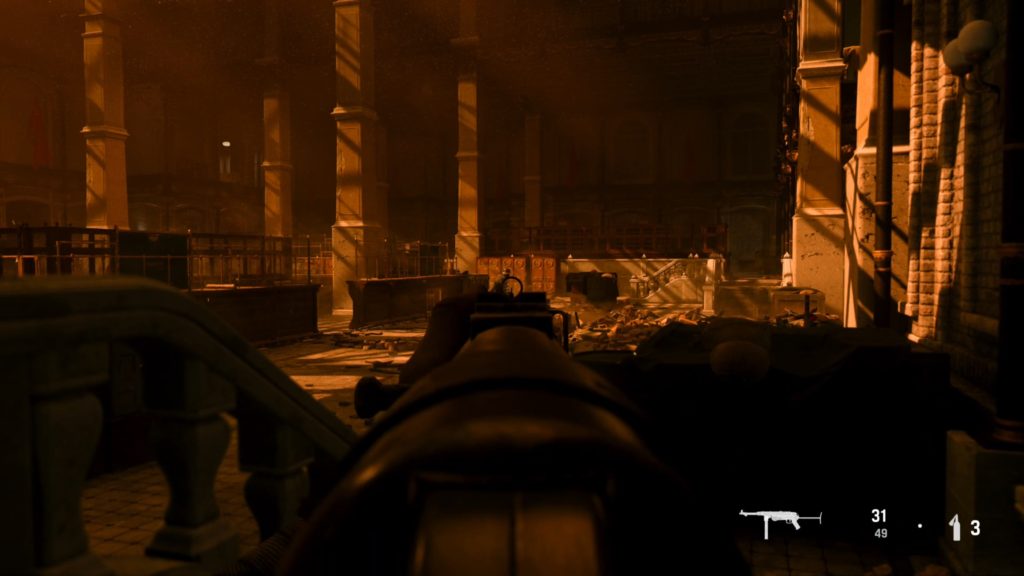 Luckily our diverse group of plucky heroes only come from the good guy nations, with no shades of grey whatsoever. The protagonist is Arthur Kingsley, a heroic soldier with a steel backbone and a big old heart, who leads a ragtag band of specialists to find out everything they can about the mysterious Project Phoenix.

Set primarily around the time Hitler did the world a favour by chugging back a cyanide tablet and fellating a gun barrel, the story sees our heroes captured and imprisoned by Herr Freisinger, a Nazi commander so over-the-top evil I kept expecting him to laugh maniacally at the end of every sentence.

With the Fuhrer dead, the Reich is about to tumble into disarray unless Freisinger can hold it together. His right hand man, Jannick Richter (played by the always reliable Dominic Monaghan), is responsible for breaking the group’s morale, although it’s not entirely clear why they’re bothering. 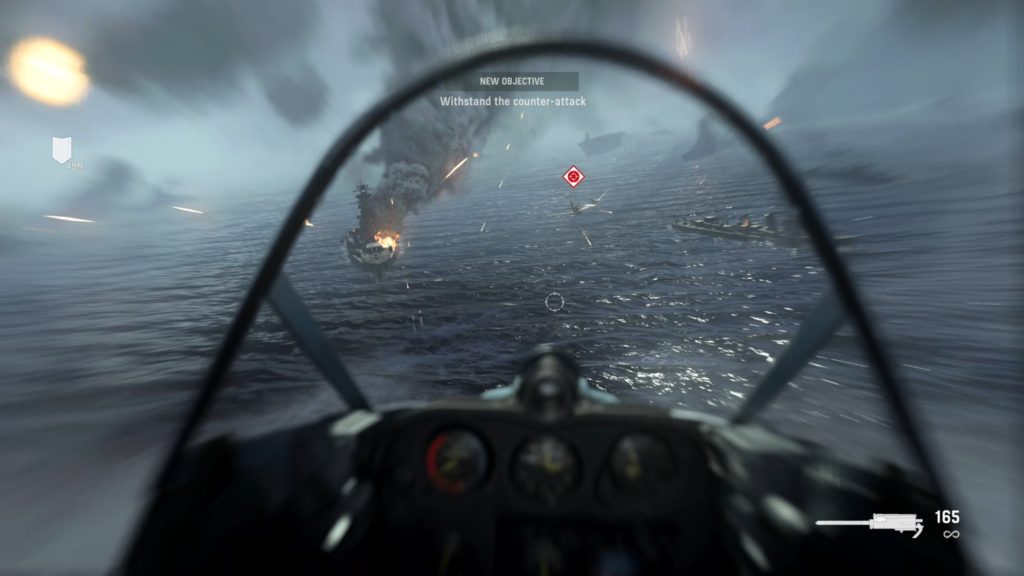 Between torture sessions, Kingsley regales his companions with tales of their own bravery. Or maybe he regales us. It’s not made explicitly clear, but the story zig-zags back and forth throughout the war to show us the history of each member of the team. Polina Petrova (played by the inimitable Laura Bailey) survived the destruction of Stalingrad and sought revenge for her family’s death; US pilot Wade Jackson was shot down during the Battle of Midway and had to endure torture and near death. Australian loudmouth Lucas Riggs defied orders during a desert campaign and was court-martialled. You get the idea.

Each of these flashbacks takes the form of several missions in the campaign, all with different mechanics. It’s worth praising Sledgehammer for trying something new here, but sadly the elements introduced in Call of Duty: Vanguard have been implemented more successfully elsewhere. Jackson’s dogfight and bombing run, for example, are hamstrung by clumsy controls, awful aiming and what appears to be a reliance on blind luck. And Petrova’s parkour abilities provide a welcome change of pace but feel like they belong in a different game altogether. Although a desperate rooftop run as the Nazis blitz Stalingrad is one of Vanguard’s stand-out moments.

Elsewhere, though, it’s business as usual. Which isn’t to say it’s bad in any real way; it’s just not anything we weren’t expecting, which may be enough for many. Combat is interspersed with cutscenes that are genuinely gold standard, showing off the kind of production values many other AAAs can only dream of. 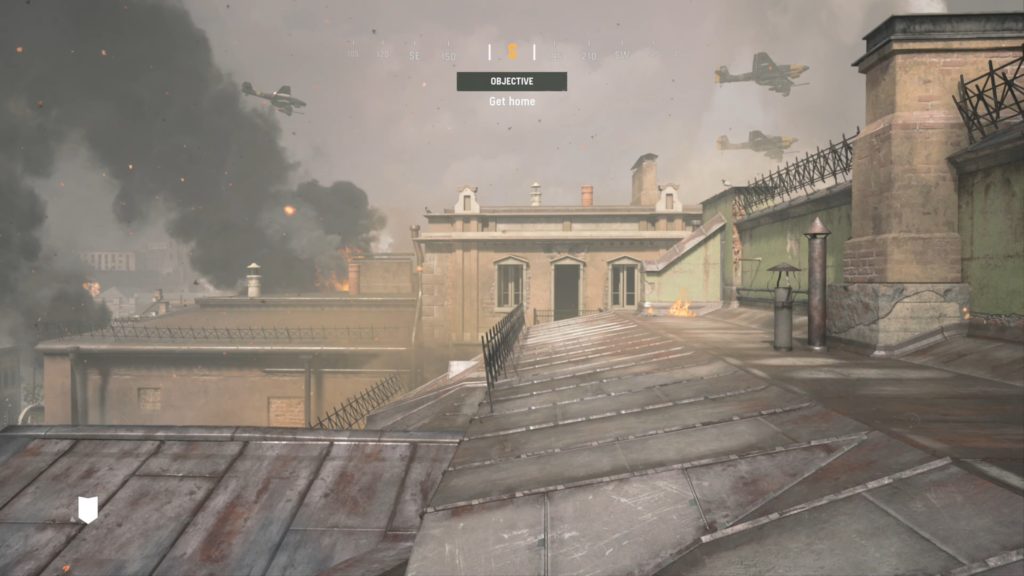 That said, the combat itself isn’t the best the series has seen. It may be intentional, being set in the 1940s, but some of the shooting feels very imprecise. Clear headshots have zero effect, and some of the weapons lack the required impact. Elsewhere it’s technically brilliant, so this is a bit disappointing.

As any number of surveys will tell you, many regard the campaign in a Call of Duty game the same way they regard a side salad on a plate of steak and chips. The steak and chips in this metaphor being the multiplayer. Once again, this is a hybridised version of a character shooter, with characters from the campaign representing the Operators, complete with a their own suite of skins. A Battle Pass allows you to unlock cosmetics and boosters, as well as premium currency.

There’s more destruction in the environments this time round, even in some of the returning maps. It’s quite fun to blast the enemy’s cover away, although this being Call of Duty, you won’t get much time to cheer. Killstreaks have returned, too, in place of Scorestreaks, so the onus is on playing aggressively. I’ve always felt this method to be counter to modes like Hardpoint, though, where digging in and defending is more productive than hunting kills. 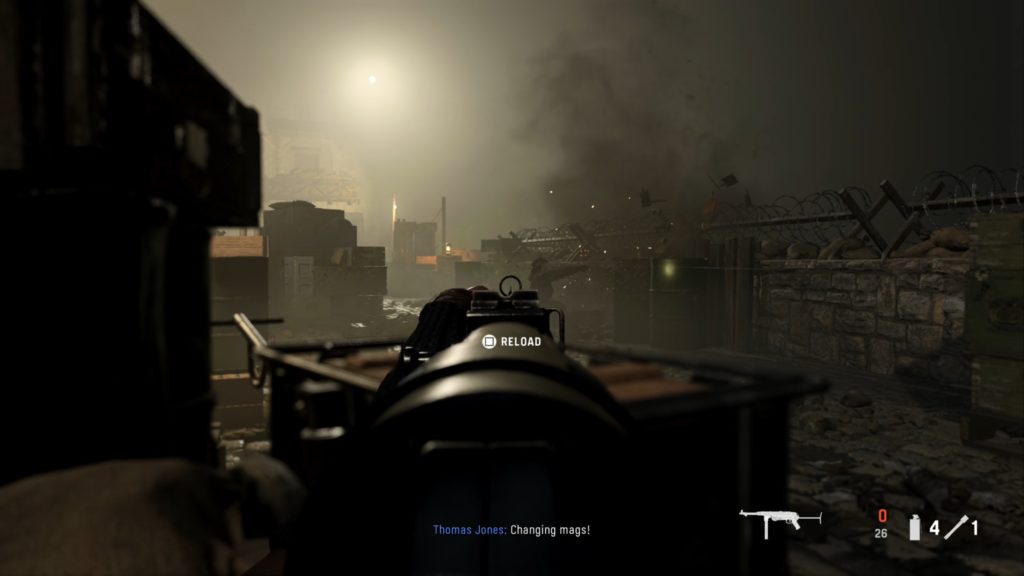 It took me a few games to understand what “Pacing” meant in the multiplayer, but it turns out that it’s how Vanguard determines certain game elements by the number of lobbied players. There’s an Assault mode, which is your standard fare; Tactical, which is what happens when fewer players join the game and it becomes noticeably less frantic; and then there’s Blitz, which is the exact opposite. During Blitz matches enemies will come at you from all sides in a constant stream of death and mum jokes.

Overall, the multiplayer is a solid offering this year. It hasn’t really changed much from previous games, despite the dynamic pacing and the huge array of maps. It’s still a hugely satisfying mode to bugger about in for a few hours, and the steady flow of rewards make it worth jumping into.

If you do tire of killing people-shaped baddies, though, you can jump into Zombies, which this year has seen some pretty big changes. It stopped being just about zombies a while back, and Call of Duty: Vanguard dials this up a notch with otherworldly beings and ancient deities. It has its own lore, and feels like it could be a game in its own right. Especially with the World War 2 flavourings lending it a bit of a Strange Brigade feel. 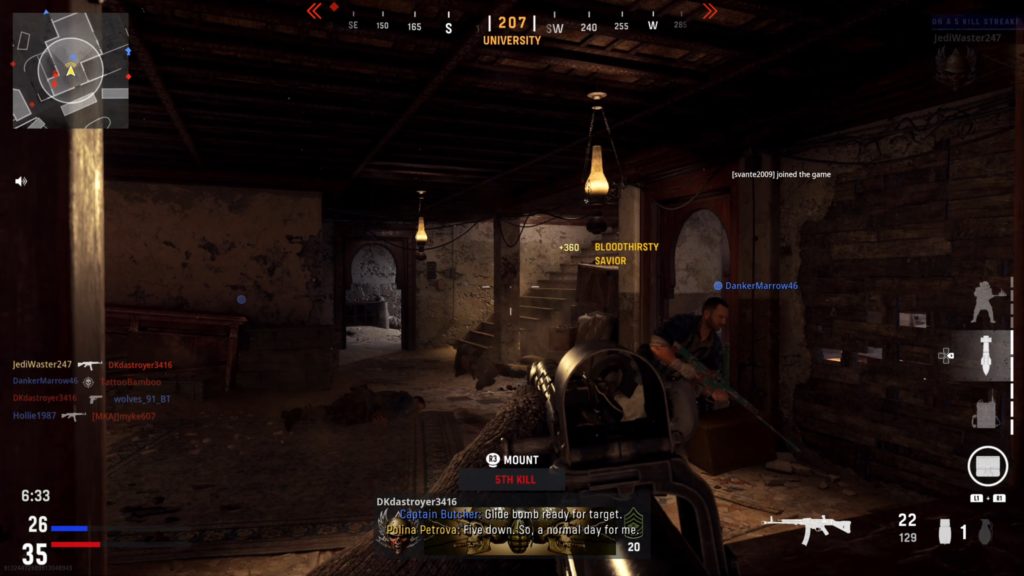 It takes place in a hub now, which you’ll rid of enemies before activating one of several portals into differently paced and laid out stages. Once everyone votes, you’re thrown into this dark otherworld and you can’t return until the objectives are met. As always, Zombies is better with friends than strangers, but it offers a pile of its own rewards for any who partake.

One thing we can’t deny is that Call of Duty: Vanguard is a big game. The campaign is meaty, the Battle Pass will keep you going a while, Zombies is wonderfully addictive and, of course, there’s Warzone. The free-to-play big battle mode is accessible directly through the main menu, as are Black Ops and Modern Warfare along with their respective extra modes. It’s a decent-sized package that will likely appeal to both fans and newcomers, although the former will certainly get more from it. It’s not the best shape the series has been in, but it’s also far from the worst.

Does nothing new or exciting
Some weapons feel imprecise

Call of Duty: Vanguard's campaign is meaty, the Battle Pass will keep you going a while, and Zombies is wonderfully addictive.