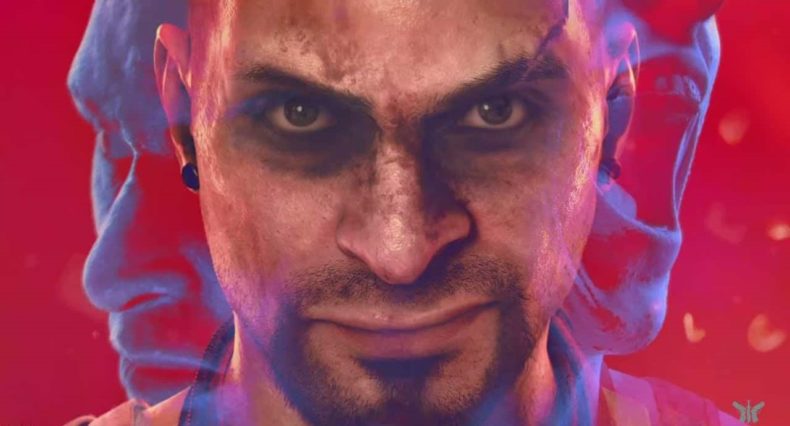 Far Cry 3 introduced the world to Vaas Montenegro. A psychotic pirate who played mind games with Jason Brody, fascinating players with his unique blend of chaos and inherent evil. Voiced superbly by Michael Mando, he became an iconic villain, and was severely missed when the game reached its epic conclusion. Knowing how much players craved more from the character, Ubisoft has thrown him front and centre into Far Cry 6 Vaas: Insanity, the first piece of DLC for Far Cry 6’s season pass. This isn’t a simple cash-in or a wasted opportunity. It dips its toes into the roguelike genre and provides a solid journey into the mind of an unhinged killer.

You start Vaas: Insanity with nothing more than a pistol. The main goal is to find three pieces of the Silver Dragon Blade. The trio of locations when the parts are located offer a proper challenge, even on the easiest of difficulties. There’s plenty to do outside of finding the pieces of the dagger, though. Being a roguelike, death will send you back to the Safe House where you lose the weapons you’ve unlocked, as well as cash and the temporary buffs you’ve found. Risk is around every corner, but so are rewards that make you better equipped to deal with the tougher segments of the game. 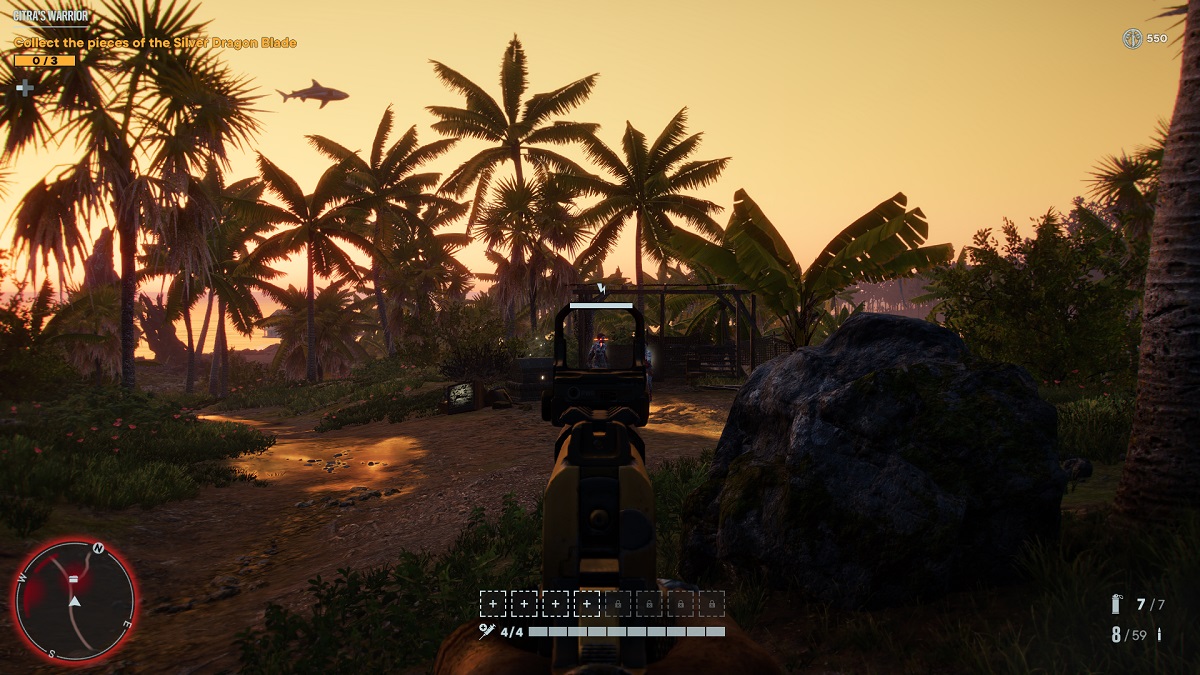 Mind Levels are how you manage the difficulty of Vaas: Insanity. You start off on the first level. After finding the Silver Dragon Blade for the first time and defeating the final waves of enemies, you can pick any Mind Level you want. After that, there’s is an increase of enemies and their types, as well as how aggressive they are. It can become ridiculously hard, but as long as you continue to upgrade and unlock new weapons and traits, you’ll be better equipped to deal with them. A plus to playing on a higher difficulty makes the rewards much greater as well.

Although you’re relatively weak in the beginning, Armory Challenges and Permanent Traits are you’re go to for becoming much more of a threat. Armory Challenges are essentially Cursed Chests from Diablo 3. If you kill all the enemies without dying, the weapon associated with it will become available to use on Rook Island. Visiting a Safe House and unlocking its Weapon Case will allow you to use it permanently. However, if you die, you’ll have to spend cash to get it back again. They are well worth risking your life for. Shotguns, grenade launchers, rifles, and bows are just some of the weapons available. If you’re playing higher Mind Levels, a diverse arsenal is going to be key to your survival. 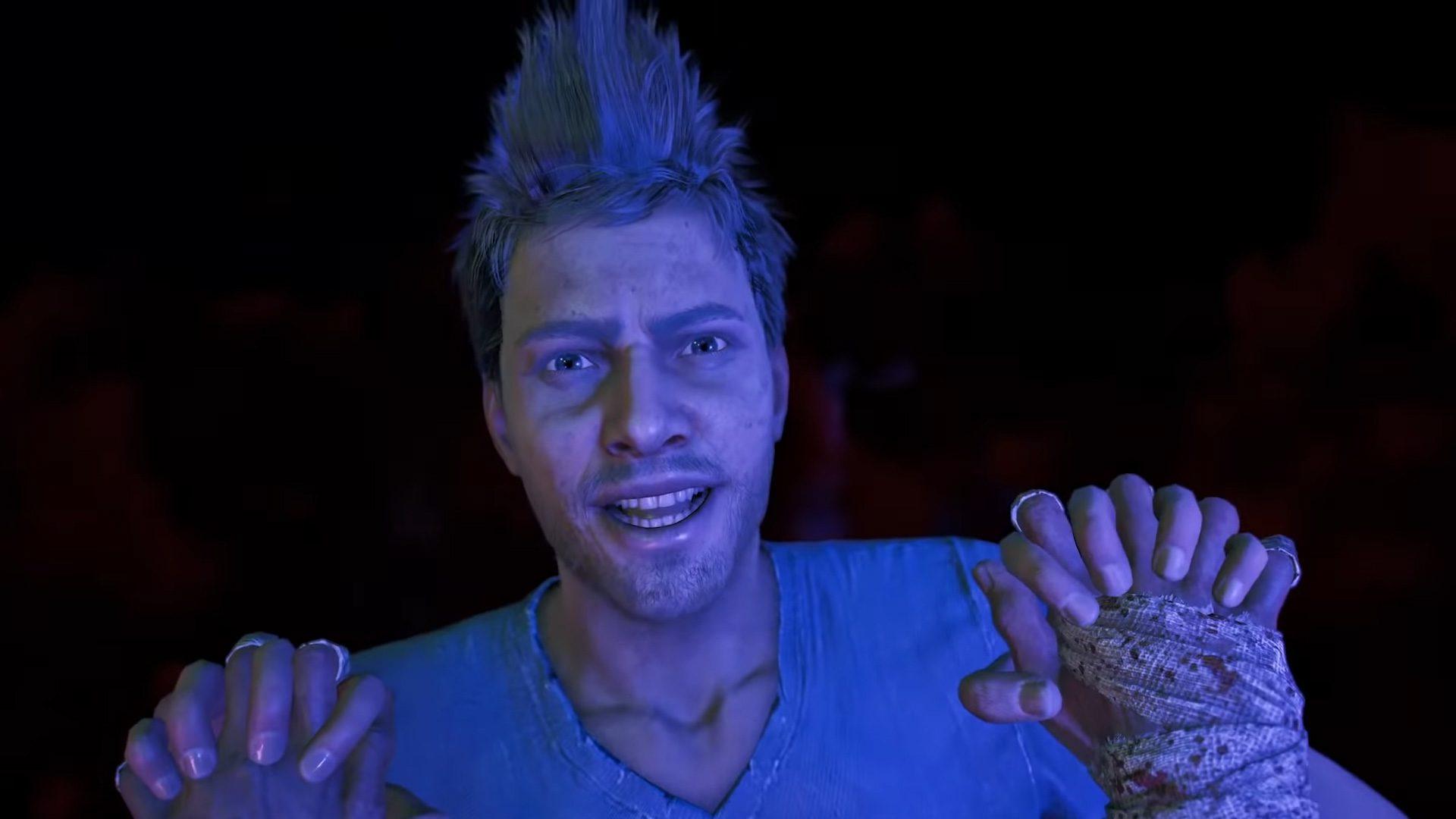 Permanent Traits are the only thing you’re allowed to retain after death. Spending cash on these traits offer plenty of important upgrades. They fall into five categories: Pride, Greed, Vaas’ Wrath, Sloth, and Envy. Pride focuses on improving your health; Greed gives you the opportunity to retain more cash after death; Vaas’ Wrath focuses on takedowns and allows you to perform them with satisfying results; Sloth unlocks the wingsuit, parachute, and even a quad bike; and Envy adds gadget slots. They provide some fantastic abilities that make such a difference, especially when playing on the tougher difficulties.

Along with weapons and traits, you can also find temporary buffs known as Powers throughout. These can be equipped to Vaas, giving extra abilities for as long as you manage to staff alive. They can be found from the various chests scattered around the island, and in various offer locations as well. This warped version of Rook Islands is filled with side activities like Mindfucks which are missions that reward you with cash; Citra’s Trials which throw heaps of enemies at you for a reward. At night, enemies turn into ghost-like beings that are a different breed when it comes to killing them. Vaas: Insanity can obviously be played over and over again, and doing so on harder difficulties makes these additional tasks fun to replay. In other words, explore every nook and cranny as there’re rewards everywhere. 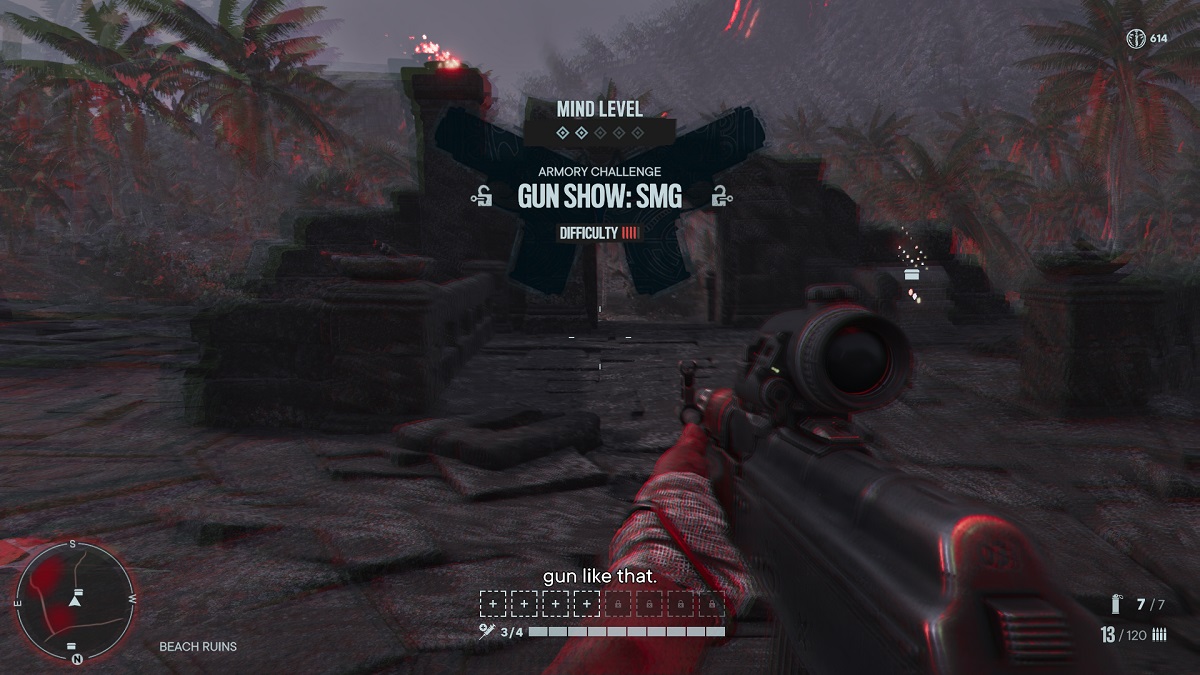 Delving deep into Vaas’ mind is a troubling and uncomfortable experience. Finding visions throughout the expansion gives more details about his upbringing and his fucked up relationship with his sister Citra. Michael Mando is an excellent actor. Having him chatter to himself as you travel across the map, or interact with his sister fleshes out Vaas. There’s a reason he is the way he is. The story almost makes you sympathise with him. Ubisoft manages to build upon the character while at the same time provide the player with an exciting gameplay loop.

The definition of insanity

Far Cry 6 Vaas: Insanity is a wonderful expansion that introduces the roguelike genre to the series in style. Vaas’ backstory is well worth delving into. Through various visions and memory missions, one of the most iconic gaming villains is given a heart, albeit a deranged and bleeding one. There’s plenty of reasons to return after finishing the first difficulty, and some nice throwbacks to Far Cry 3. It bodes well for future expansions featuring Pagan Min and Joseph Seed. If you’re excited to explore the mind of a psychopath the world fell in love with, there’s little to be disappointed with. After all, who doesn’t enjoy a little crazy?

If you’re struggling to find all the silver dragon blade locations, check out our handy guide which lists them all.