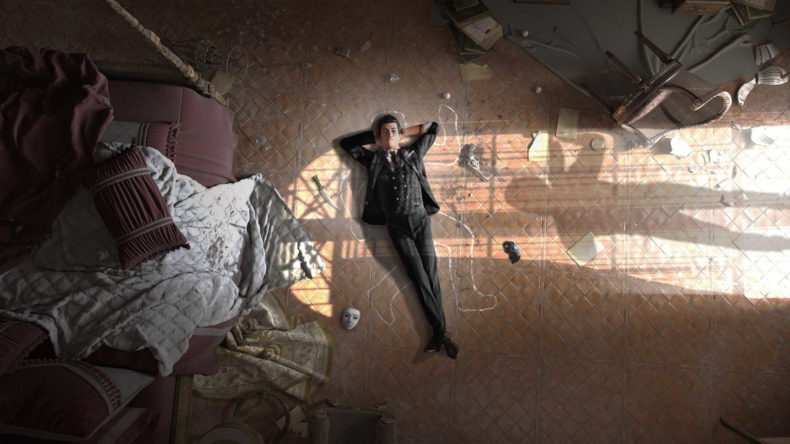 It’s fair to say that after almost 20 years, developer Frogwares is pretty well known for its Sherlock Holmes series. With eight games released and a ninth on the way, Frogwares has explored all manner of adventures with the greatest detective of all time. Sherlock Holmes Chapter One is anything but a safe entry in the series though, featuring a 21 year old Sherlock, a sprawling open world, and plenty of twists and turns that not even Arthur Conan Doyle would see coming.

For the first time in the company’s history Frogwares is self-publishing Sherlock Holmes, which is truly impressive when you take into account how unique the game is. Billed as Holmes’ origin story, Chapter One swaps out the foggy streets of London for the fictional Mediterranean island of Cordona. Before becoming the most well known detective of all time, this sexy young Sherlock is investigating his mother’s death on this island that was his childhood home. With the help of his childhood friend Jon (who is totally imaginary by the way) he is determined to uncover the truth by any means necessary, and might also solve a murder or two along the way. 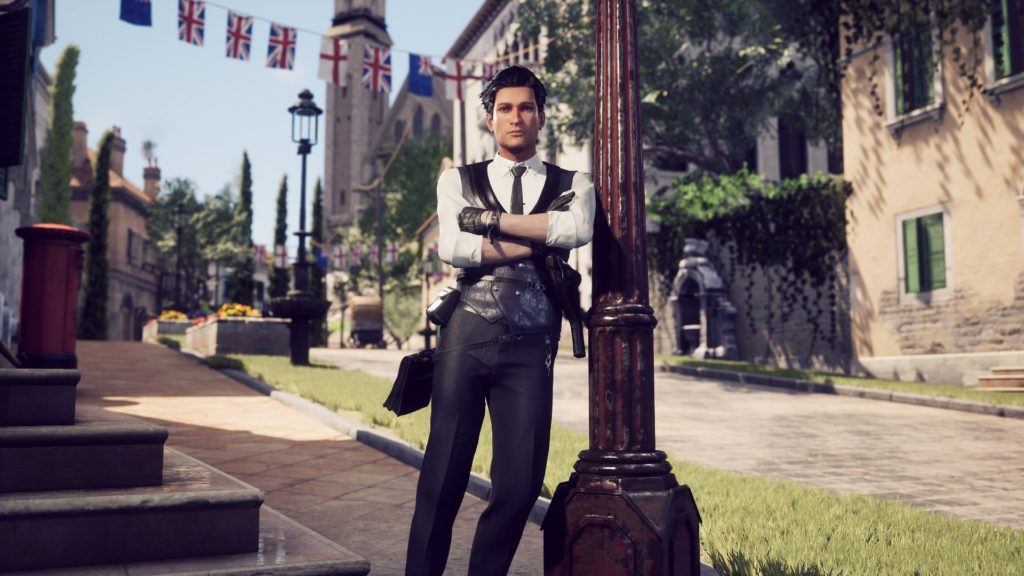 This is Sherlock Holmes but not as you know him. Younger, brasher and more arrogant than ever, Sherry and Jon are ready to take on the world all while looking like they’ve just stepped out of an 19th century issue of Playgirl. The duo’s adventures will have you bumping shoulders with crime lords, African elephants, and even attending drug fueled sex parties. If you’re expecting a dusty old adventure full of clay pipes and flat green bowls tournaments you’ll be in for a rude awakening.

The one thing that is the same though, is that our man Sherlock will be solving a whole host of crimes and mysteries. Each of these situations Sherlock gets roped into will see you investigating crime scenes, analysing evidence, and connecting clues in your Mind Palace to crack the case. It’s never a straightforward road to the truth though, and Sherlock Holmes: Chapter One never lets you sit back and watch the story play out.

Almost immediately you’re thrown into the sprawling open world of Cordona, and can venture to all corners of the island looking for criminals, memories, and disguises. Especially when you are starting out it is extremely difficult to work out what to do next, and I spent plenty of time asking the islanders questions and checking the archives looking for clues and coming up blank. Eventually it all clicked though, and after learning what a few different icons meant I got pretty good at figuring out how to progress. 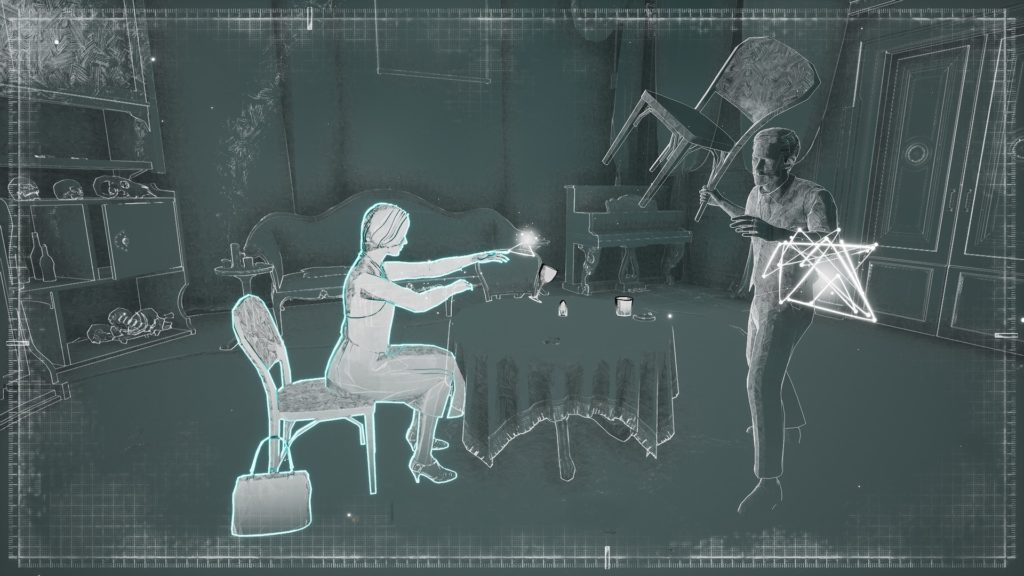 The gameplay in Sherlock Holmes: Chapter One is extremely varied, with all manner of tasks to complete if you want to find out about your mum. There’s reconstructing crime scenes, where you need to place characters in their correct places around a location based on evidence. There’s the maths flow chart fun that is chemical analysis. And when all else fails you can always get your hands dirty and have a scrap.

Combat, like almost every aspect of Sherlock Holmes: Chapter One, is very unusual. Our young literary hero isn’t a cold blooded killer, and so even though you’ve got a gun the aim is never to use it to murder thugs. Combat arenas are fairly open, and when the enemies start pouring in it’s up to you to find ways to stun enemies so you can handcuff them before they tear you a new one. You can shoot out steam pipes, blast off enemies’ hats, or even use your snuff box to stun baddies, then a quick QTE will be enough to incapacitate them. I won’t lie and say it’s the most engaging gameplay loop of all time, but it’s at least interesting.

When you’ve finally managed to gather enough clues, it’s time to put that genius mind to work and come to a conclusion in your investigation. By connecting different clues you’ll be able to piece together exactly what happened, or at least what you think happened. You see some clues have multiple options you can choose from in the Mind Palace, and depending on what you think happened in a case you can choose the one you think fits. After all the hard work of investigating you can absolutely accuse the wrong person, and there were even a few times I did that on purpose because I preferred certain characters I’d met. Newspaper vendors report on what happens after each case, and it’s really satisfying to see what havoc your decisions have caused. 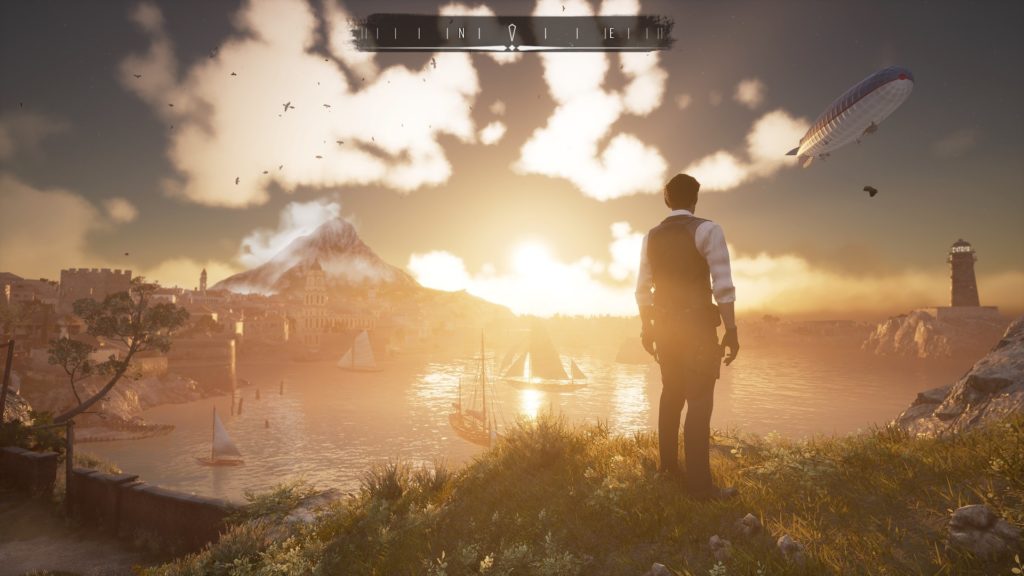 The main story of Sherlock Holmes: Chapter One can be run through in under 8 hours, but Cordona has so much side content to explore if you’re looking for more to do. There are full extra cases to deal with, thug hideouts to bring down, and childhood memories to find. A lot of these will give you some extra dosh to spend, with vendors of fine art and extravagant clothing littering the island. While it’s nice to have a bit of fancy furniture in your childhood home, my money was much better spent on numerous glamorous dresses and a fabulous retro ice cream man outfit for Jon. These may not have worked very well as disguises, but sometimes fashion is more important.

I’ve not even scratched the surface of what Sherlock Holmes: Chapter One has to offer. I could write about different investigation methods like eavesdropping or following the path of your past self, but honestly there’s just too much to cover in detail without just writing a list of mechanics. I should at least mention the camera, which is ideal for you photo mode lovers. Perfect for taking snaps of the beautiful architecture of Cordona, on PS5 the shutter uses the adaptive triggers to make it feel just like you’re taking real life photos. It’s such a nice touch, and still unusual to see from third party games.

Sherlock Holmes: Chapter One is an incredibly ambitious game in the series, with a wild story, a beautiful setting and gameplay that refuses to hold your hand. Although it sometimes feels like a bit of guidance would’ve been appreciated, the freedom offered throughout Sherry’s adventure makes solving each case even more satisfying. If the idea of a Sherlock game with a sprinkling of Deadly Premonition makes you as giddy as it does me, Chapter One will keep you gripped from start to finish.

Not enough guidance in the early game
Combat isn’t great

Sherlock Holmes: Chapter One is Holmes but not as you know him, with a fantastic and unique story, plenty of crimes to solve, and a sprawling tropical island to explore.