previous
Sherlock Holmes: Chapter One review
random
next
Grow: Song of the Evertree review
1 like 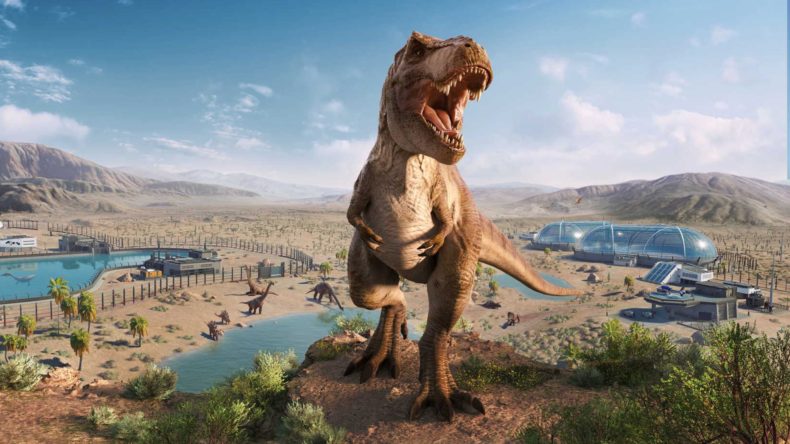 Managing a park full of dinosaurs is tough work. Environmental disasters, disease, power failures, outbreaks.  Constantly chasing the carrot that is being dangled in front of you. Carefully spending your time to prevent bankruptcy, or having visitors swallowed up by a pack of Velociraptors. Jurassic World Evolution 2 requires a lot of patience. It requires impeccable planning and financial management. Most of all, it requires players who are willing to accept failure and become a better person for it. If you’re willing to strap in and knuckle down to it, JWE2 has plenty to keep the most avid simulation fan entertained.

There is a learning curve that players will find both satisfying and irritating. Making sure you have everything you need to run a successful park can still mean things can go south fast. Being based on a franchise that relies on dinosaurs going rogue, it’s expected that it’s never going to be a smooth ride. However, nothing is more frustrating than watching your Dilophosaurus’ escape their paddock for the fifth time despite doing everything in your power to stop the  irritating theropods from running riot. The constant refilling of energy and food to each building and generator. Ensuring your scientists are well-rested. Healing sick dinosaurs and arranging your medics to go fire a healing syringe into their thick skin. 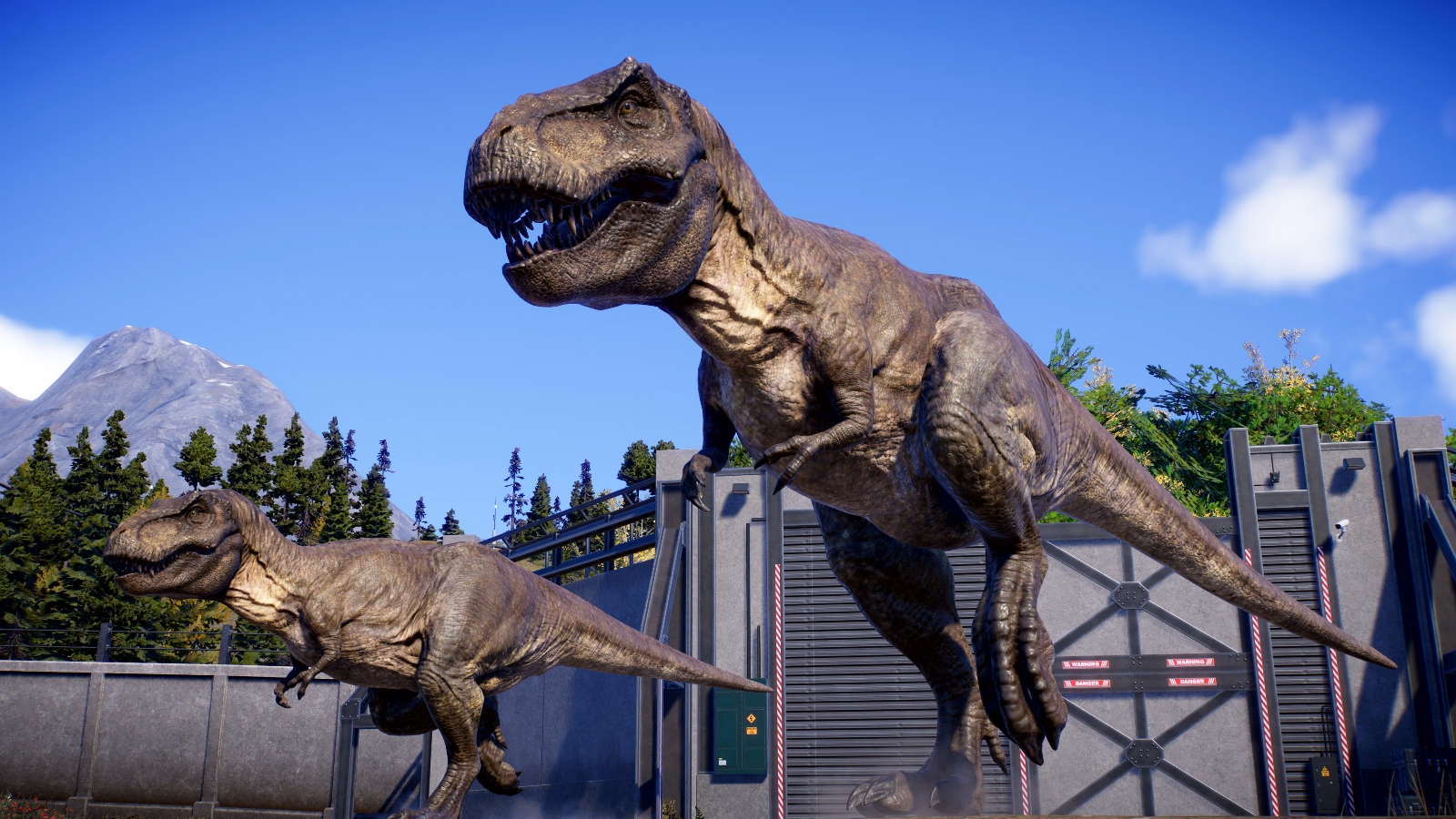 Despite having to keep and eye on every facet of your park, Jurassic World Evolution 2 can be fulfilling. Watching your hard work pay off after excavating fossils and reaching the incubation process of a new dinosaur. Watching them get released into your park and feeling a sense of pride after the hard work has paid off. There may be a lot of damage control and constant clicking, but watching your park grow from a Control Centre and a helipad to a thriving multi-million dollar enterprise is quite the thrill. It’s predecessor took a more streamlined approach to park management, but this feels much deeper.

A deeper and detailed park builder

Take the actual dinosaurs, for example. Not only is the process of creating them more detailed, ensuring their survival is just as important. Providing them with the correct environments, food, and even prehistoric plant life keeps them happy. The chance of sickness is reduced, and in-pen fighting will be at a minimum if you can provide them with the best life possible. Of course, it isn’t just the dinosaurs that need your attention. Visitors now fall under four different categories, and different attractions and buildings need to cater to every type. Shops and restaurants don’t just get dropped into your park. They need to feature the right products, refreshments, and features. Making sure you turn a profit is the difference between success and failure. Now, you have more control on how your visitors pay. 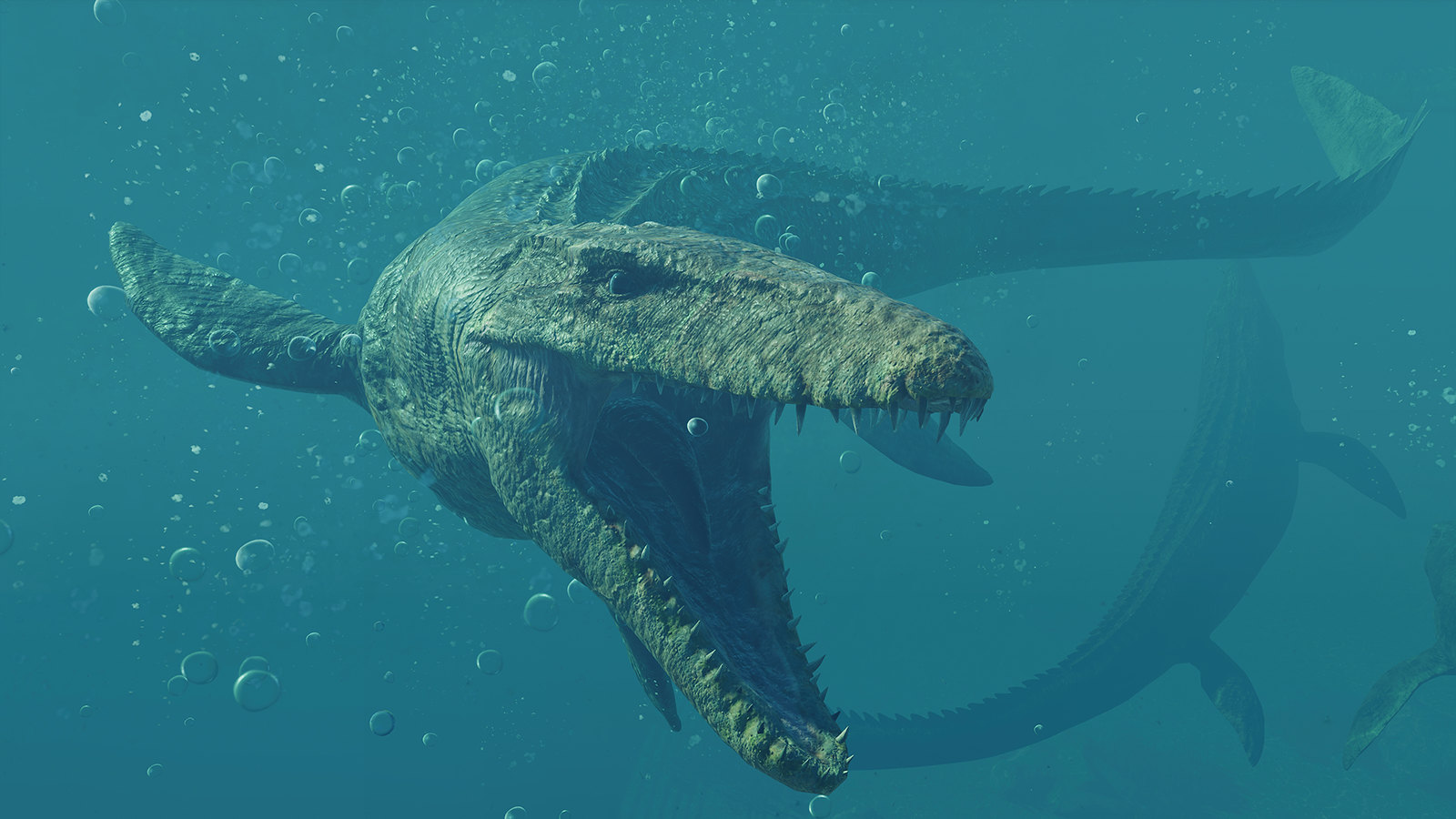 Instead of factions this time around, you employ scientists to complete building, research, excavations, and synthesis. Each one has a different skillset comprised of Genetics, Logistics, and Welfare. They also have a specific trait that give you the upper hand in certain situations. Some might offer cheaper research. Others might specialise in genetics or provide faster research. Every element of keeping your park running revolves around your workforce of brilliant minds. Setting two scientists on a particular task might provide benefits, but working them to the bone will make them disgruntled. It doesn’t take much to keep them happy, and it’s a better way of improving and researching every facet of your park’s progression.

Jurassic World Evolution 2 offers plenty of modes to keep you entertainment. The story mode is more of a glorified campaign, set after the events of Jurassic World: Fallen Kingdom. It doesn’t last long, but if gives players a crash course in running things. The mission on bringing Pterodactyls to your park is a highlight, especially as they are one of the two big additions (the sea dinos being the other). Challenge missions force you to hit specific goals within construction, and by doing so you’ll unlock new locations such as the United Kingdom and Germany. Sandbox is perhaps the most fun, as you can change what resources you start out with. The big new flagship mode is Chaos Theory. 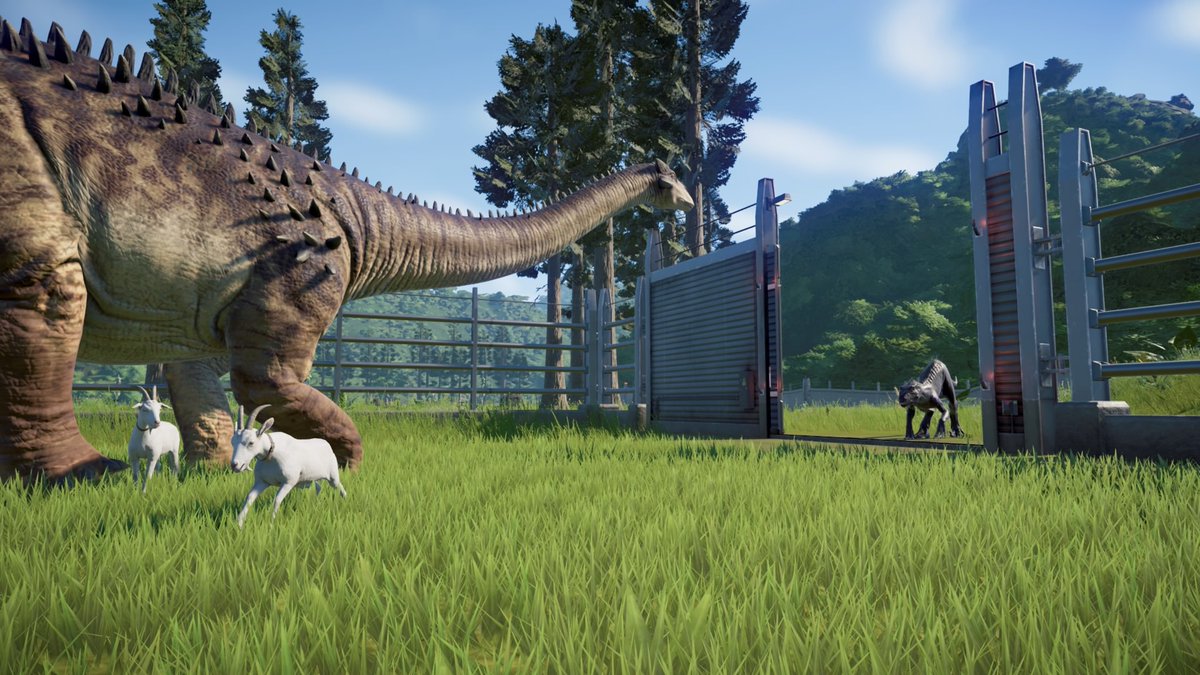 Fans of the franchise will perhaps enjoy Chaos Theory the most. It offers hefty missions based on each film. Each one tasks you with the chance to do a better job than the John Hammond and Simon Masrani ever did. The park aesthetics match those of the movies, so it’s fun to revisit them while trying to stop everything going wrong. Despite staying true to the dino saga, they still feature the same frustrations of the other modes. Although much of Jurassic World Evolution 2 features the same core mechanics, it looks absolutely gorgeous.

The detail in the dinosaurs and the vast array of buildings is wonderful. Having the game set across America and all over the world offers more biomes this time around. Coping with heavy snow or sandstorms provides new challenges, but the way it all looks is just beautiful. I spent more than my fair share of time pausing the action and just observing the beauty in every part of my park, from the dinosaurs to the intricacies in my buildings. The voice work isn’t too bad either, especially hearing the smooth Jeff Goldblum telling you about how life finds a way.

Jurassic World Evolution 2 is a deeper simulation than the previous entry. There’s plenty of research to do and dinosaurs to create, but the constant threat of failure lurks its head around every corner. Despite following the rules and keeping an eye on the pennies, disaster can strike at any minute. It can be a hard pill to swallow, and seeing things fall to pieces is the most irritating part of the entire game. Still, the addition of flying and sea dinosaurs is cool, and there’s a lot of stuff to keep you occupied when trying to construct your very own Jurassic Park.

Jurassic World Evolution 2 features a deeper process of building and managing your park, despite constant threats that stop it from thriving.

You may also like
Frontier DevelopmentsJurassic World Evolution 2PC